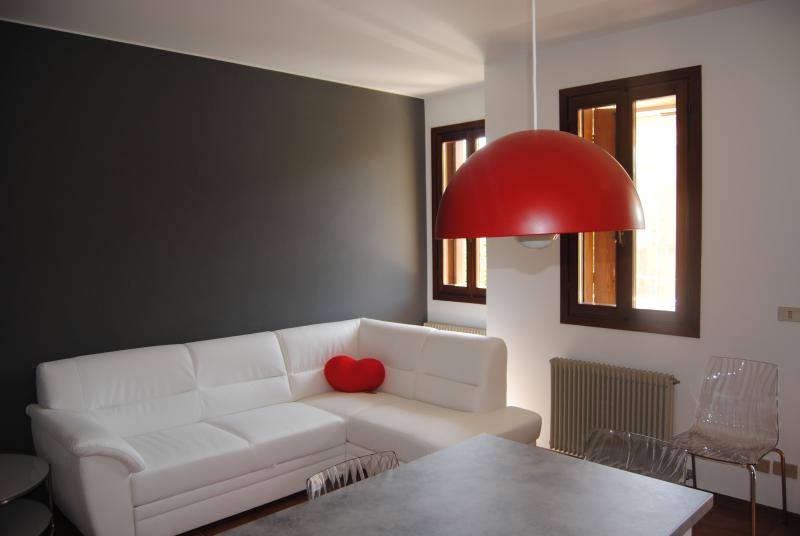 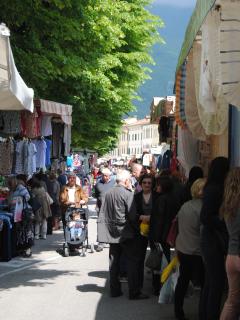 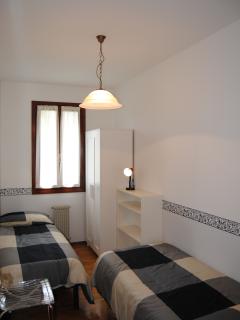 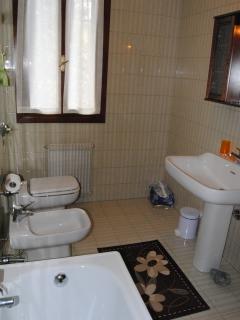 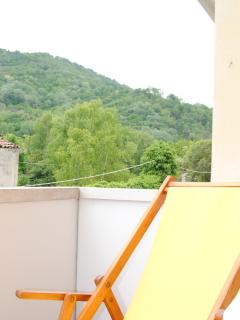 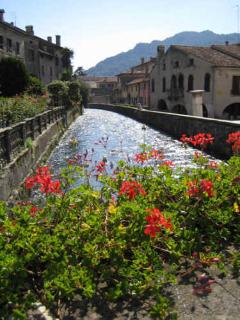 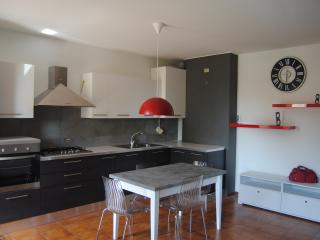 Very good - based on 4 reviews
Write a Review

The apartment was clean, modern and spacious. The location was good - we really enjoyed being able to walk to the old part of town each morning for a fantastic coffee, and there were some great restaurants. Vittorio Veneto is a great starting point for a tour of the Prosecco region - the local restauranteurs were happy to give us tips - and even draw maps - of all the best ones.

The flat was a bit of a disappointment, because we had so many issues. The sink was broken, so we had to wait for a plumber twice. Only one set of keys was provided, although there were 3 adults in our group. The owner was on vacation, so we never did get a response as to why a siren went off after 11:00 pm. There were language difficulties with the caretaker, who was charming, but did not follow the Trip Advisor Ts & Cs. As a whole, it felt like too much work for our limited vacation time.

Date of stay: October 2015
Liked best: The location was great
Liked least: Waiting, waiting, waiting for things to be fixed, having to get TP asap after arriving (no amenities included)
Travelling group: Friends
Would you recommend this hotel to a friend?   No.
Recommended for:
Was this review helpful? Yes
This review is the subjective opinion of a TripAdvisor member and not of TripAdvisor LLC
Dear Sarah,
I would like to meet you and ask you, looking in your eyes, why you have falsified the reality.
your review surprised me very much. First it must be said that you are the only who did not follow the TripAdvisor Ts & Cs:: you had booked for three people, and instead you're arrived in four.
Every time I saw you, you and your guests appeared very satisfied and have not expressed complaints.
In your feed back review, you wrote four falsehoods:
It is not true that the sink was broken. The true is that the sink has been broken, and certainly for the use made by the guests. The opinion of the plumber is that a guest dropped a small object into the drain hole, and that, in order to recover it, has dismantled the siphon under the sink.

It is not true that the plumber came twice . I came first, immediately after your call, and a few hours later came the plumber. In any case it was an emergency, repaired immediately after.It is not true that I provided only one set of keys; as soon as you asked me, I delivered you a second set of keys; so you had one set with the key of the garage and one set without.


Is absolutely not true (and it offends me a lot!) that you never did get a response as to why the siren went off at 11pm. I ran immediately to see what had happened and I came into your home and explained to you and to your husband that it was the siren of the elevator; and after a few minutes the siren was ceased. This also was a short-term emergency. And ... I will not delve into the reasons why the elevator was out of order right at your plan and immediately after you have used it ... ..

Finally, you have described me as ? a charming caretaker with language difficulties ?: of course, my English, my German and my French are certainly not perfect. But I never had language difficulties with other guests. Just to say, yesterday, on TripAdvisor itself, appeared a review in which an Australian guest described me in this way: ? our warm and hospitable host was a wealth of information! ?

In any case, I note that you wrote that .... The apartment was clean, modern and spacious and the location was good - we really enjoyed
This response is the subjective opinion of the management representative and not of TripAdvisor LLC
Problem with this review? Thank you. We appreciate your input.

This beautiful, clean, well-equipped flat is within easy walking distance of the station (to visit Venice and to get to Treviso) so a car isn't necessary, though you can explore lots more of the surrounding area if you do have one. Good food shops, cafes and restaurants are only minutes away on foot. The agents Giorgio and Patrizia were always available if needed, and couldn't have been kinder or more helpful, they made our stay extra special. September is a great time to visit, as the grape harvest is beginning and the countryside looks magical.

Date of stay: September 2013
Liked best: Convenient location and Giorgio's hospitality
Travelling group: Spouse/Partner
Would you recommend this hotel to a friend?   Yes.
Recommended for:
Was this review helpful? Yes
This review is the subjective opinion of a TripAdvisor member and not of TripAdvisor LLC
Problem with this review? Thank you. We appreciate your input.

Ljungby, Sweden
Reviewed 23 July 2013 for a stay in July 2013
Date of stay: July 2013
Liked best: Mr Solzas hospitality
Liked least: the apartment had no airconditioner or fans
Travelling group: Other
Would you recommend this hotel to a friend?   Yes.
Recommended for:
Was this review helpful? Yes
This review is the subjective opinion of an individual traveller and not of TripAdvisor LLC nor of its partners.
Problem with this review? Thank you. We appreciate your input.

Date of stay: December 2013
Travelling group: Spouse/Partner
Would you recommend this hotel to a friend?   Yes.
Was this review helpful? Yes
This review is the subjective opinion of a TripAdvisor member and not of TripAdvisor LLC
Problem with this review? Thank you. We appreciate your input.
Updating list...
Do you own a holiday rental? List it here.

Looking for a place to stay in Vittorio Veneto?
View all 21 holiday rentals