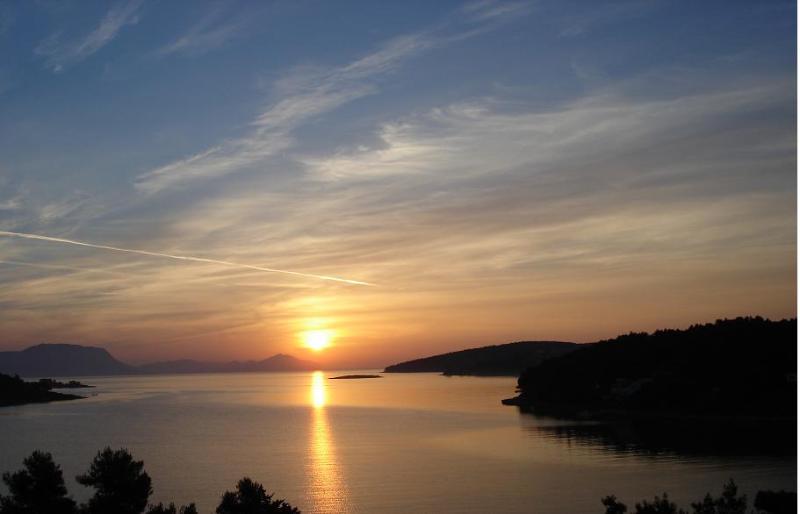 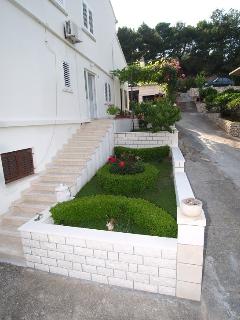 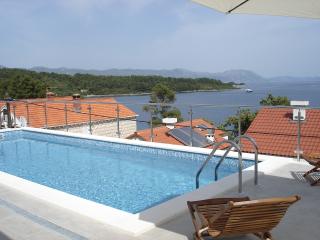 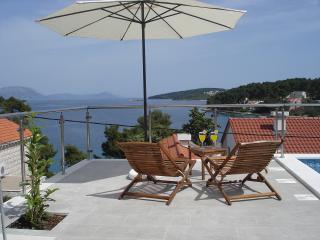 Excellent - based on 4 reviews
Write a Review

What originally caught my attention about this property was the view shown in the advert from the balcony and, to be honest, I was prepared to be disappointed. But on arriving we were all absolutely blown away by the beautiful location of this apartment overlooking the tiny islands in a turquoise sea which surround Korcula.
The family were very welcoming but not intrusive and the apartment was scrupulously clean. There were two good sized double bedrooms with comfortable beds and two shower rooms - one slightly bigger than the other. There was plenty of storage in the bedrooms and clean linen was provided after a week. The kitchen/lounge area was functional but to be honest we lived on that balcony. The wifi was useful as was the air conditioning - both weeks we were there exceeded 30 degrees daily.
There is a small pool which was lovely and there were plenty of loungers, cushions and umbrellas. However it was only a 50 metre stroll down to the sea - I cannot describe how lovely it was to swim in silky smooth water and no matter how far I swum out I could still see my feet. One word of warning - take swim shoes as to get in it is slightly rocky and there may be sea urchins!
Lumbarda is an unspoilt village stretched out over several bays. It took a 30 minute slow ramble into the centre of the village where there were plenty of restaurants to choose from. There are lots of activities on offer locally - we tried two man buggies, sea kayaking and a cruise to Mljet National Park which is a must.
Korcula Town is very accessible if you have a vehicle and also has plenty to offer.
Overall I would say that this is a very reasonably priced apartment in one of the most beautiful countries I have visited.

Date of stay: July 2015
Liked best: Location
Travelling group: Friends
Would you recommend this hotel to a friend?   Yes.
Recommended for:
Was this review helpful? Yes
This review is the subjective opinion of a Tripadvisor member and not of TripAdvisor LLC.
Hello.
Thanks you very much for your very nice review.
See you maybe some other year.
Best Regards
Antonio
This response is the subjective opinion of the management representative and not of TripAdvisor LLC
Problem with this review? Thank you. We appreciate your input.

2
people found this review helpful
Date of stay: August 2017
Would you recommend this hotel to a friend?   Yes.
Was this review helpful? Yes
This review is the subjective opinion of a Tripadvisor member and not of TripAdvisor LLC.
Problem with this review? Thank you. We appreciate your input.
Previous Next
1 2
Updating list...
Do you own a holiday rental? List it here.

Looking for a place to stay in Lumbarda?
View all 205 holiday rentals