eDreams
CheapTickets
Expedia.com
Prices above are provided by partners for one room, with variable occupancy rules as provided by the property, and do not include all taxes and fees. Please see our partners for full details.
eanello
Ho Chi Minh City, Vietnam
75

This place has a very homey vibe. The accommodations are very simple but they are clean and functional and worth it for the price you pay. You are best off if you sign up for a package (river cruises and meals included) directly with this place as they organise their own boat tours and cook delicious meals 3 times a day for the guests. The staff was super nice and helpful in organising transportation for us to Samporna and piking us up from the airport in Sukau.

See all 29 reviews
Nearby Hotels 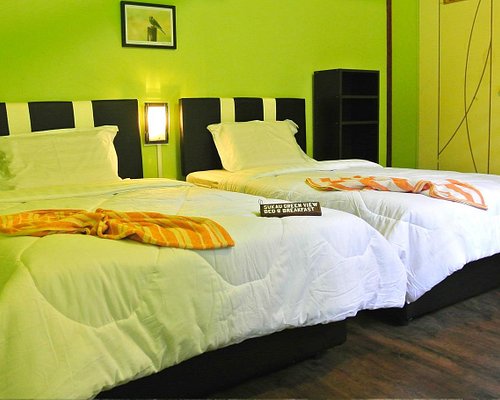 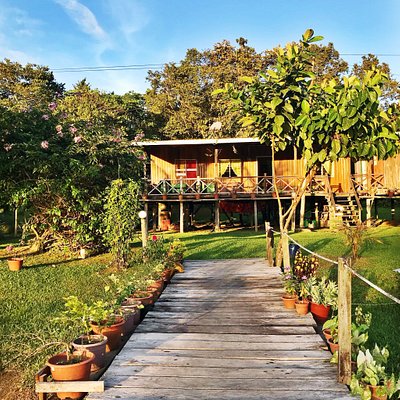 This place is great. It’s a simple, budget accommodation. The buffet lunches are good, and they are accommodating to special requests and dietary needs. It’s a beautiful lush green property, and the surrounding rainforest on the river is exquisite. Make sure you ask for an English speaking boat tour guide. We didn’t opt for the package deal. We did our tours a la cart, which worked out better because we didn’t want to do the walking tour. Definitely add on the Pygmy elephant safari! And bring extra sunscreen!!!

This review is the subjective opinion of a TripAdvisor member and not of TripAdvisor LLC
lmd0792
Manchester, United Kingdom
154
Reviewed 1 May 2019 via mobile
OK as a budget option

We did the 3D/2N package with Sukau Backpackers, mainly because it was the only option within our budget. It was as expected for a less expensive option, though some elements were disappointing and probably easy to improve.

We enjoyed the 4 cruises on the river, each taking a different route. The scenery was spectacular and we saw a number of monkeys, birds, baby crocodiles and an orangutan from a distance. It seemed that the driver of the boat spotted everything we passed and positioned the boat well to watch the animals. However, he wasn’t very interactive and we ended up learning more about the animals from the guides on other boats next to us. We were also expecting a guide and a driver, and only had a driver, which was disappointing but probably to do with the budget option. There were also no binoculars available (which are essential really), and again we used some from the boats next to us.

The jungle walk was disappointing and felt like a time filler. We were followed by the village dogs which barked and scared off the only monkeys we saw. After that the guide didn’t seem very interested in trying to spot anything else.

The accommodation was basic but had everything we needed (air con, comfy bed, outdoor seating), and we were pleasantly surprised by how nice the garden/setting was. Transfers in private minibuses were great - pick up and drop off as expected. The food was OK for a meat eater, but the vegetarian alternative provided (plain omelette or salad) was disappointing. Some fruit for breakfast would have been nice.

This review is the subjective opinion of a TripAdvisor member and not of TripAdvisor LLC
Nina F
Roskilde, Denmark
94
Reviewed 11 January 2019 via mobile
Nothing fancy but all We needed

My family of Four (kids 8 and 10) did the 3D/2N at Kinabatanga with Sukau backpackers. The rooms are basic but clean, the food was plain but pleantyfull and the Nature was beautiful and We were lucky to see two Wild orangutans pretty close to the boat.

The Nightwalk wasnt worth the trouble of going through swamp and the mody Hills but We didnt see any animals.

We were also dropped of at the junction but it was with Perfect timing to catch our bus to Semporna- so no complains there.

All in all a worth value experience.

This review is the subjective opinion of a TripAdvisor member and not of TripAdvisor LLC
Scenic814018
62
Reviewed 18 September 2018 via mobile
Overcharging everywhere!

The Kinabatangan river is a beautiful place to see a bit of Borneo's wildlife. This place, though, might not be the best option to enjoy because they are always looking for ways to sneak some more money out of your pockets. First, the cruises are 10-20 ringgit more expensive than anywhere else. There is a hidden "aircon fee" that you will only hear about when checking-out. The meals are scarce and overpriced because they know the closest restaurant is a 40-minute walk away. Even if it is a very special place, these people's greed manage to make you leave with a bitter taste. You better find another place around Sukau.

This review is the subjective opinion of a TripAdvisor member and not of TripAdvisor LLC
Annesadventuresnl
Woerden, The Netherlands
814
Reviewed 19 August 2018 via mobile
Charge continuously extra and just dropped us at a junction

We have booked the 3 days, 2 night package. Pick up was arranged according to the package from Sandakan to the b&b. The cruises were nice although they should keep a bit more distance between the boat and the animals. Some monkeys real almost coming in boat to fight. They felt threatened. The second night we had a cruise instead of a walk. Great because the morning walk was really disappointing, just 15 minutes in the forest and the other time along the main road. In the morning of departure they suddenly charged 20Ringit per person extra. Furthermore, the bus to Semporna was suddenly not included and they booked a bus for 45 Ringit departing from Sukau junction without noticing us in advance about prices. The bus was full when he arrived at the junction and our driver from the hostel just dropped us, left us there and said it was our problem to arrange transportation in the midnights night
The doctor dle of nowhere. Luckily a car stopped to give us a ride to the next big town where we arranged a minibus to Semporna.