A little piece of heaven

We have just returned after a week in what we felt was our own little piece of paradise.
Villa Nela is placed at the end of a small road, so there was absolute no noise of traffic or anything. We woke up every morning to the sound of the sea, which was so relaxing. The host was the sweetest person and did everthing to make our holiday as relaxing as possible. Great bonus was the free access to mountain bikes and kayaks incl. life jackets. The pool was cleaned every morning and everything was extremly well kept. We didn't want to leave at all.
We spent the evenings at the beach drinking wine while the kids were playing at the small "sea pool". There was a build in bench at the length of the property. Just heaven.More 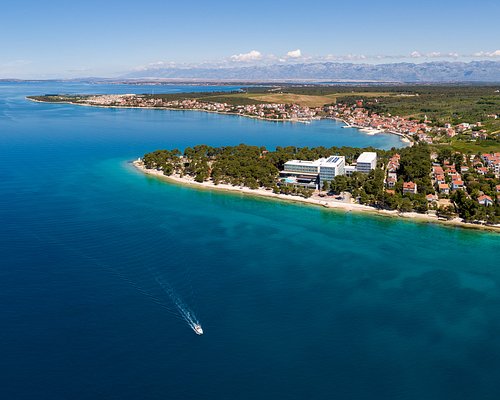 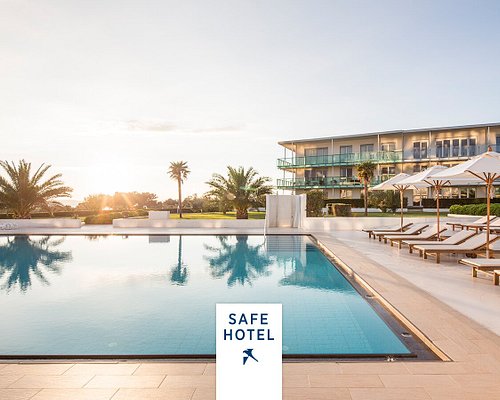 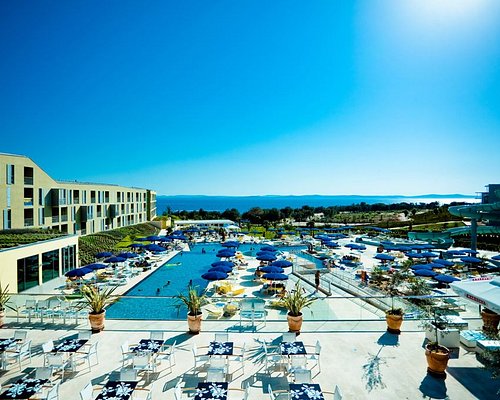 The villa is located right on the beach, a short walk to the small town of Petrcane. Our room was small but more than adequate. If you are planning an extended stay and don't want to eat out all the time, the kitchen is fully equipped with a small cooker, fridge, cutlery and crockery, and microwave. The bathroom is also small, but has a stand-up shower and all the other essentials. The bedroom was very comfortable. Our room didn't have a view of the sea, but as we spent most of the time outside, that wasn't an issue for us. There is a pool that seemed to be used mostly by kids, but as we came for the Adriatic, we didn't use it at all. The parking is free.You get an access code for the gate once you check in and our hostess was very helpful and drove us with a golf cart to get our baggage from the car even though the parking lot is a 30-second walk away. The villa provides beach towels, which not all hotels do, and has a small enclosed "hotel guests only" area between the villa and the beach with lounge chairs, again provided free of charge. The villa doesn't provide food, but there is a small beach bar across the road, which has drinks and ice cream although we couldn't get any sandwiches despite a prominent ad board. The villa is easy walking distance to Petrcane which has grocery stores as well as several very good restaurants. I would definitely like to return.

This review is the subjective opinion of a TripAdvisor member and not of TripAdvisor LLC
MarioKordic
Medjugorje, Bosnia and Herzegovina
7544
Reviewed 27 August 2018
A very nice find!

Villa is situated basically on the sea, it has a beautiful pool that is excellent even for the youngest.
Me and my kids spent most of our days on the pool.
Location is excellent if you are a person that loves his privacy and avoid crowded beaches.
There is a bar next to the villa where you can take your morning coffee and enjoy beautiful crystal clear sea.
You can play volleyball and there is also a kayak rental service available on the spot.
People make this place wonderful.
Kristina was an excellent lady and she explained everything that we needed to know.
Nonetheless, prepare for Petrčane accordingly.
You will not find malls or any other similar shopping centers where you can buy all your needs, you still need to walk around 10ish minutes to the nearest grocery store.
You have fridge in your apartment - USE IT :)
Wonderful find!
Thanks again!

This review is the subjective opinion of a TripAdvisor member and not of TripAdvisor LLC
5OClockAudio
Derby, United Kingdom
3359
Reviewed 30 October 2017
Didn't meet expectations

It was easy to arrange a late check in and they left the key out for us where they said it would be.

They were able to arrange a 7 seater taxi for us to Zadar for a reasonable price.

WARNING: We were sent an invoice in Euros. Having looked at a number of different options we were aware some properties in Croatia charged in and accepted euros, so didn't think this was odd. We took the amount of euros we needed to pay the bill, as invoiced. When we arrived, the hotel refused to accept euros. We had to change the Euros to Kuna, which left us slightly short because of the conversion. We tried to pay what we had and put the rest on card. The hotel then refused to accept the part Kuna part card payment so we were forced to pay the entire bill on card, something we had not budgeted for. Is still do not understand when we were sent an invoice in Euros when they don't accept Euros.

All of the advertised facilities were closed. The beach bar did not open at all throughout our stay. The table tennis table was covered in broken bike equipment and empty beer bottles. The swimming pool was freezing cold and unusable, despite it being warm outside during the day.

The 'beach' is not a beach. It is concrete down to large rocks and stones. This is not somewhere you can sit or play with children.

It also advertised lots of things to do and places to eat nearby. There are 2 small corner shops directly opposite each other and a small cafe selling tiny coffees. Not a lot else. Buses (coaches, not pushchair friendly at all) going to Nin and Zadar run every 2 - 4 hours, so if you've just missed one there is a long wait with not a lot to do.

This is advertised as a 4 star resort in Booking.com. When you arrive it is only a 2 star resort.

The villa was very cold at night and the beds only had very thin blankets, no duvets, making it too cold to sleep. The heating wasn't up to much and only covered the living room, not the bedrooms.

The villa had a hob with 2 electric rings and 2 gas rings, but there was no gas, not this could not be used. The extractor fan didn't work. There were no oven gloves. The light in the fridge didn't work so I couldn't tell if it was switched on, and ended up freezing our drinks trying to tell if it was getting cold. The light fixture above the sofa didn't have any light bulbs in it. The area around the sink was badly stained. The advertised cable t.v had a lot of channels that didn't work at all, including all of the English language ones, and is weirdly positioned off to the side of the living room, so it's over to the right corner when you're sitting on the sofa. Hand soap dispensers are seals and not filled up during the stay when the towels and toilet rolls are replaced.

Our villa had a separate downstairs area, with one working washing machine, one not working, a broken commercial fridge, tins of paint, dead bugs and an axe. Not safe for children.

Checkout time is 10 am, you are not told this. Our flight pickup was at 7 pm. Reception closed at 3pm and they have no facility to store suitcases for you until your flight, meaning you have to carry them with you all day. This is not the standard you expect of a 4 star resort.

This review is the subjective opinion of a TripAdvisor member and not of TripAdvisor LLC
HarpersBazzarGoFar
Houston, Texas
2313
Reviewed 5 September 2017 via mobile
Quiet and Restful

What a little gem of a hotel, quiet, sea views, beautiful pool with diving board and for the family volleyball, sea kayaks and bikes for us to use.
Our room (apartment) had two bedrooms large single beds joined together in each and a kitchenette was enough space for us as we spent most of our time outside, swimming, snorkelling, bike riding. We made our own simple breakfast then ventured out for the day.
Table and chairs outside on the balcony, TV in each room (bedrooms and lounge).
We loved it and hope to come back some day. Staff were helpful. Thank you.

This review is the subjective opinion of a TripAdvisor member and not of TripAdvisor LLC
TravelingNurse98
Cleveland, Ohio
142
Reviewed 26 July 2017
Beautiful location and room

Lovely location, very private. Great beach access. The hotel owner was so sweet to drive around the corner to find us as we got lost. Room was clean and had a beautiful view. Check in and check out were easy. Would definitely recommend!