US$211
View deal
Free cancellation until 17/12/21
PricelineUS$211
eDreamsUS$199
TravelocityUS$211
View all 14 deals
Prices are the average nightly price provided by our partners and may not include all taxes and fees. Taxes and fees that are shown are estimates only. Please see our partners for more details.
benpI6092CD
2

Review of The Marquis
Reviewed 25 August 2021

We (my wife and I, and a couple we know) discovered The Marquis during the first lockdown (the original, not one of the seemingly never ending sequels). We decided to get booked in once we had an opportunity in a post lockdown, post COVID world where “restrictions” weren’t such a thing anymore.
The four of us had the pleasure recently of enjoying dinner, bed & breakfast at The Marquis. We thoroughly enjoyed our mini-break, whilst our grandparents looked after our children. It was worth every penny as we enjoyed afternoon drinks sat on the terrace, freshened up ready for dinner, ate the most amazing dinner, then relaxed in the lounge, where we continued to be waited on. We retired to our rooms happy & full for a well-deserved, uninterrupted night’s sleep.
Throughout our stay, we received the most exemplary service from all the staff - from those on the front desk, to those waiting the tables and those serving behind the bar. The cleaners in the morning wore genuine smiles on their faces and greeted us with a cheery Hello.More 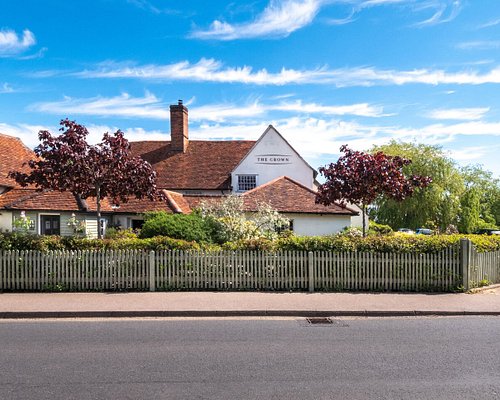 The Crown, Stoke By Nayland
US$182
US$159
Tripadvisor
View deal
Free cancellation
Pay up to 12X
Travelocity
Orbitz.com
Priceline
US$182
View all 12 deals from US$159
748 reviews
6.3 km from The Marquis
We compared the lowest prices from 12 websites 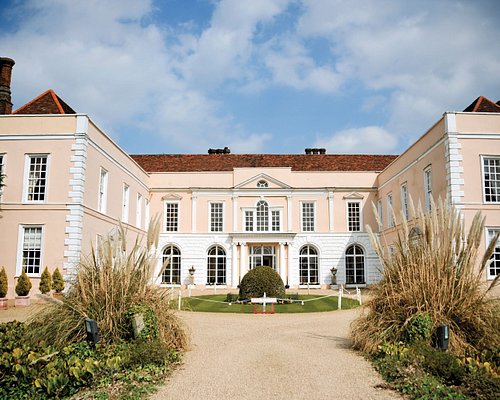 Top Rated
Stoke By Nayland Hotel, Golf And Spa
US$219

Priceline
View deal
Free cancellation
Tripadvisor
US$188
Booking.com
eDreams
US$188
View all 8 deals from US$188
306 reviews
7.0 km from The Marquis

Priceline
View deal
FindHotel
US$49
Trip.com
US$48
ZenHotels.com
US$56
View all 12 deals from US$48
214 reviews
6.4 km from The Marquis
We compared the lowest prices from 12 websites
Best Western Ipswich Hotel
US$68

Expedia.com
View deal
Pay up to 12X
Booking.com
US$68
ZenHotels.com
US$65
getaroom.com
US$76
View all 16 deals from US$65
834 reviews
7.6 km from The Marquis
We compared the lowest prices from 16 websites
Premier Inn Ipswich (Chantry Park) hotel
US$55
US$49

PremierInn.com
View deal
Trip.com
US$55
StayForLong
ZenHotels.com
View all 5 deals from US$49
789 reviews
9.3 km from The Marquis

We stayed in the Cornwallis suite as part of our mini honeymoon. It was our fourth visit to this hotel. As usual the service was outstanding, particularly from Daisy in the restaurant. The room was exceptional, luxurious and immaculate with an amazing en suite. The food was also excellent at breakfast and dinner. A fantastic trip

This review is the subjective opinion of a Tripadvisor member and not of TripAdvisor LLC.
171andyt
London, United Kingdom
8262
Reviewed 21 June 2021
A Jewell

Came here for one night and picked a great weekend weatherwise! In fact, it was so hot we asked for aircon units to be delivered to the room and these were provided.The hotel staff were extremely friendly, efficient and professional, nothing was too much trouble. When we arrived they were deep in lunch service and they do a lot of covers but again, service was excellent- this hotel has it spot on with numbers and the standard of staff they employ.
Room was very clean and comfortable- great bed and lovely linen, good pillows too.
All in all, while I thought the room rate was expensive before I arrived, I absolutely cannot fault the hotel in any aspect so it is money well spent for a very relaxing break in a superb hotel. Even more so when the weather is good!!
All in all

Room tip: I didn't get to see them but the new suites look excellent.
Ask 171andyt about The Marquis
Thank 171andyt

This review is the subjective opinion of a Tripadvisor member and not of TripAdvisor LLC.
Dudley M
1
Reviewed 20 May 2021 via mobile
Nearly excellent,a bit more effort would help!

In common with most people, we have been unable to enjoy a good meal for a long time,, but our meal thus week, at the Marquid was as good as it has ever been. My companions and I had three different starters , and all were superb. They cook snails in a newfangled oven, which really brings out the flavour of the main ingredient. If I was being really fussy, I would have liked to have has a bit more garlic butter, on the snails. However, the half baguette was well-steeped in garlic, which made up for that which I felt was missing.
For starters, three of my friends had a Cornish crab concoction, which they all deemed excellent and the fourth one had scallops, which he deemed perfect.
For the main course, three chose fried catch of the day, which was hake in batter with skinny fries. It was perfectly cooked, nice and moist in a crisp batter, with nothing wet or soggy, and was duly devoured with gusto. One diner chose giant crab claw with tagliatelle, which he thoroughly enjoyed. For my own main course, I chose to have a second starter the scallops on black pudding with pea puree. The flavours were delicious, but I felt that the black pudding was a bit over-cooked, which made the meal a bit dry. The scallops were perfect. I ordered fat chips,which arrived almost ten minutes after my scallops, and they showed signs of having been kept warm for too long. Finally, I had asked the waitress to ask the chef to make some form of sauce to go with the scallops, which was forgotten, and a dish of mayonnaise was produced instead.
No bread was offered to us, except for my garlic bread, and we had to ask twice for a jug of iced water,
This lapse in service can easily be attributed to the lock-down, as the staff did not seem to be very focused on the second day back at work.
No worries, though, as I know that they will soon put things right, hence I gave them 5 stars, rather than fhe four which I had contemplated.

This review is the subjective opinion of a Tripadvisor member and not of TripAdvisor LLC.
christian b
Deal
1516
Reviewed 17 April 2021
better service than in Monaco

Lunch here today for our first eating out meal after lockdown with my family, staff utterly professional, attentive, respectful and are clearly highly trained, therefore they deserve respect from customers in return, high quality food also. The owner should be proud of their staff.

This review is the subjective opinion of a Tripadvisor member and not of TripAdvisor LLC.
Lookforthegood2000
London, United Kingdom
2617
Reviewed 30 October 2020
Great Place

Went recently for a midweek Dinner Bed and Breakfast stay. Have to say we very impressed by all aspects. They are trying very hard in difficult times and succeeding on all fronts. In particular great front of house staff who are having to multi task and again, doing it very well. We look forward to our next visit. !