US$159
US$115
View deal
Free cancellation until 02/10/21
Hotels.comUS$125
PricelineUS$127
Trip.comUS$159
View all 17 deals
Prices are the average nightly price provided by our partners and may not include all taxes and fees. Taxes and fees that are shown are estimates only. Please see our partners for more details.
AlvinI57
1

1000 thanks for sharing your experience, come back whenever you feel like it!!

Report response as inappropriateThank you. We appreciate your input.
This response is the subjective opinion of the management representative and not of TripAdvisor LLC
See all 2,151 reviews
Nearby Hotels 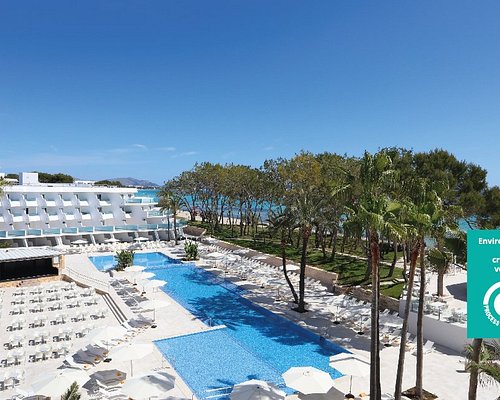 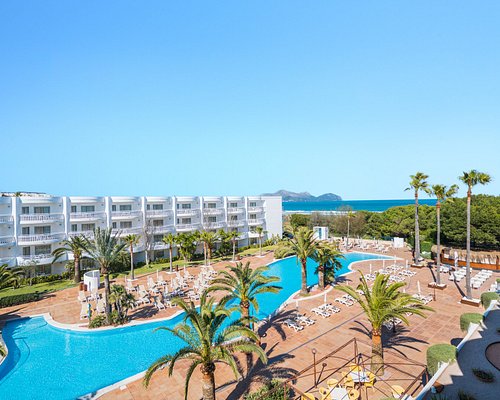 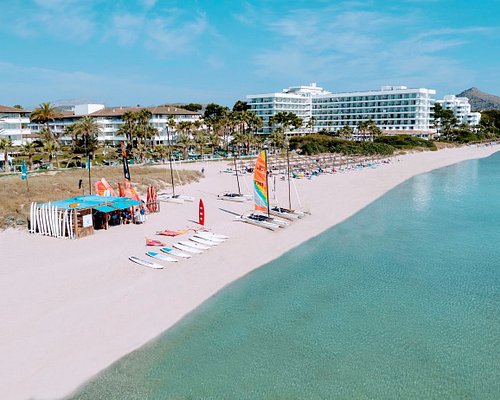 Everything was just perfect!
This was our 3rd stay at Las Gaviotas and it seems that the hotel manages to get better and better every time. We love everything about this hotel: the suites are perfect for a family like us (first time 4 people and then 3 people). The location is just what we need - very close to the best beach ever, taxi and bus right in front of the hotel entrance, shops and restaurants nearby (we have just always eaten at the hotel) .The food in the restaurant is amazingly tasty, varied and sumptuous. The staff are very professional and very welcoming. The cleaning of the room (especially at our last stay) was absolutely incredible. The beautiful garden with the swimming pools are so pleasant with its shadow for spending the time in there. All the areas of the hotel are always seem so clean.
Traveling in this very special covid time we have been feeling us totally safe at the hotel, as we could see, that all the precautions was meticulously overheld.
We miss the hotel now and we will love to come back another time

Who needs a marketing department with this comments!! Nice to have you back whenever you feel like it.

Report response as inappropriateThank you. We appreciate your input.
This response is the subjective opinion of the management representative and not of TripAdvisor LLC
860aleksanders
2
Reviewed 19 August 2021
Bizarre experience

We booked a room for 2 weeks in what from their pictures seemed like quite a beautiful hotel. Arriving at the hotel we were given a room which smelled strong of mold. We asked for a different room, which an old woman who didn't speak a word of english/german/italian showed us. The second room looked worn down and smaller than the moldy room. We walked through the hallways which didn't have any air-condition, sweating, tired from the trip. We were shown a third room. This was O.K. but nothing more. The room looked very different from the pictures, its very small, the rooms are worn down with scratches and stains everywhere. The pool-area is also worn down, for example the wooden pool deck had many holes in them (watch out where you're stepping).
We managed to cancel the booking, paid for only one night. Check out was at 12 the next day. At 10:00 in the morning the old spanish woman mentioned above just opened our hoteldoor while we were in bed and started to speak in spanish to us. It was a very bizarre experience. All in all a terrible hotel+rude staff, and we are not a very picky couple.
To not be a complete pooper, we give 1 star for easy cancellation and 1 star for good smelling shampoo.

This review is the subjective opinion of a Tripadvisor member and not of TripAdvisor LLC.
Google Translation

Report response as inappropriateThank you. We appreciate your input.
This response is the subjective opinion of the management representative and not of TripAdvisor LLC
DeniseK_LeeE
Newcastle-under-Lyme, United Kingdom
4549
Reviewed 18 August 2021 via mobile
Meh!

I stayed 1 night in August ‘21. On arrival reception staff very pleasant. We were i formed that the spa was closed as too much chlorine had been added, no recompense offered. Arrived in our room which was spacious, modern and clean, however, call me old fashioned, but I am quite partial to a toilet door! There was none! It was open plan! At bed time there were no instructions for the air con and no info on how to contact reception to ask! So I just pressed all the buttons on the phone and eventually got them, even then i couldn’t get it to work as it wasn’t a case of off an on, you had to press m for 5 seconds, then another button for 5 seconds and so on!

We went down to the pool bar which was very nice food, drink and service. The pool itself is very large, (unfortunately, I cut myself on a jagged tile, I reported it to reception in the hope it was remedied ) and there is also another pool with hydro jets which was lovely.

We purchased half board and duly went to dinner, it was a buffet with a canteen atmosphere, very noisy, no frills, we turned around and left, found a restaurant close by instead which was much less chaotic.

In my view there are 5 star hotels at a similar price not far away, on and over looking the beach, where we checked into the next night, just do that its so worth it!

thanks for sharing your experience, sorry not to been able to meet your expectations...

Report response as inappropriateThank you. We appreciate your input.
This response is the subjective opinion of the management representative and not of TripAdvisor LLC
Martin-Lauer-1970
Basel, Switzerland
536344
Reviewed 16 August 2021
Great place to stay!

What a perfect location to have a nice stay in Playa del Muro. The hotel is located at the main road of the town, close to the beach but not directly attached. However, it was perfect for us. The room was a Junior Suite in the backyards towards the recreation area and pools. Nice view, very quiet at night time. The room itself fantastic, really nice designed, slightly too purist maybe. The huge bed was really cozy, the room was cleaned each day perfectly. The air-condition was quiet and one of the best we had. The bathroom is huge, nice shower area. . The balcony contains two seats so you could enjoy some hours in the evening at sunset outside. There was also a sports-pool located in the middle of the hotel grounds, nice to have. The sunbeds were sufficient and nobody occupied them. Overall the hotel ground was very clean and nice, but the interior could be nicer (compared to the well-designed rooms the lobby and the dining room had not the same ambiance). The WiFi was very good working. The hotel offered an absolute fantastic price benefit ration compared to many other places we checked out before. The price of our room included also a Half board option and the Buffet for dinner was really good. Even there was not so much change in the dishes except for the two or three main courses (dessert and starters always the same, sides similar each day, also salad) it was all well cooked and delicious. The breakfast was better, broad choice of dishes. We can recommend this hotel for sure.

Many thanks for your recomendation, happy to read that you enjoyed.

Report response as inappropriateThank you. We appreciate your input.
This response is the subjective opinion of the management representative and not of TripAdvisor LLC
H8415SLchristopherj
1
Reviewed 16 August 2021 via mobile
Summer Holiday

I stayed at Hotel Los Gaviotas between 5/8 and 15/8.
The hotel was excellent and well kept.
The room was of a good size with plenty of storage for clothes. The sofa bed my daughter stayed on was excellent quality and very comfortable.
The main bed was large and comfortable.
The room balcony was a double balcony so a good size with a maiden to hang wet swimwear.
The air conditioning was excellent in the room and two keys were provided so this could be left on if you wanted.
The pools were beautiful and there was no morning rush for sun beds.
The food at the pool bar was excellent and the staff couldn’t be more helpful.
The hotel was situated across the road from the beach and in easy walking distance of the local restaurants.
It was around 8 euros for a taxi to Alcudia harbour for a change of scenery.
I would happily stay at this hotel again.

Come back whenever you feel like it!! regards from all the staff.

Report response as inappropriateThank you. We appreciate your input.
This response is the subjective opinion of the management representative and not of TripAdvisor LLC
View more reviews
PreviousNext
1…345…