The Hacienda at Hilton Puerto Vallarta

We had a great time. Food was average. Drink service was great. The staff was very friendly. Would recommend staying her except plan on going out for dinner. Breakfast and lunch were good. Dinner is best going out to a restaurant of your choice.

Trip type: Travelled as a couple
See all 187 reviews
Nearby Hotels 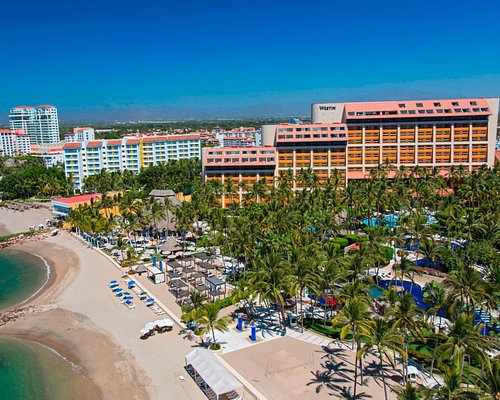 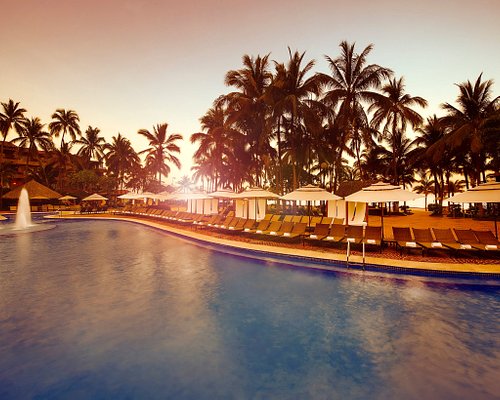 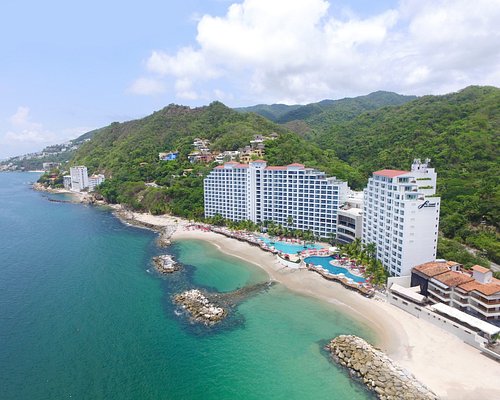 Expedia.com
View deal
Free cancellation
Reserve now, pay at stay
Booking.com
US$277
Official Hotel
US$279
getaroom.com
US$440
View all 22 deals from US$277
5,442 reviews
9.0 km from The Hacienda at Hilton Puerto Vallarta

Expedia.com
View deal
Free cancellation
Pay up to 12X
Trip.com
US$88
CheapTickets
US$123
Priceline
US$401
View all 17 deals from US$88
1,331 reviews
6.7 km from The Hacienda at Hilton Puerto Vallarta

Taking safety measures
We compared the lowest prices from 17 websites
All Inclusive
Secrets Vallarta Bay Todo Incluido
US$533
Booking.com
View deal
Free cancellation
Reserve now, pay at stay
eDreams
US$533
ZenHotels.com
US$537
CheapTickets
US$534
View all 16 deals from US$350
7,399 reviews
2.2 km from The Hacienda at Hilton Puerto Vallarta

Expedia.com
View deal
Free cancellation
Reserve now, pay at stay
Hotels.com
US$60
Booking.com
US$60
getaroom.com
US$71
View all 18 deals from US$40
409 reviews
0.6 km from The Hacienda at Hilton Puerto Vallarta

My husband and I come to Puerto Vallarta at least once a year and have stayed at different resorts but the Hilton La Hacienda all adult is quite different and will now be our go-to home away from home.

The staff are very friendly and accommodating. Every day is a pool day and in particular we appreciated Antonio and Juan whose attention to service made our stay very comfortable. I hope on our next visit to see them again.

The room is very comfortable and stylish with a private pool. Yes, I know, we sat at the main pool all day for two weeks but it was just as nice having couple time in our private pool too.

The food is very tasty and drinks too but again, I go back to the service. Antonio and Juan's professionalism and courtesy is noted and one of the main reasons we will return. They made us feel at home and not just a guest. There is a difference.

We are saddened that our trip is ending today but we are looking forward to our return maybe sooner this time than later.

Travelled during Covid restrictions and hotel took protecting its visitors seriously, but not to the point that it interfered with the enjoyment of the experience.

Staff were very friendly, hard working and efficient, we couldn't have asked for better.

Special thanks for the awesome German, Isabel, Juan and Antonio that made our pool experience amazing, and also Pilar, Uleses, Vidal and Formaggio in the restaurants. There were others, but unfortunately I don't remember all their names.

Also the gardeners were tireless in their work maintaining the amazing gardens.

This review is the subjective opinion of a TripAdvisor member and not of TripAdvisor LLC
YaBelter
Aliso Viejo, California
54
Reviewed 2 December 2020
Very Enjoyable Stay

We have just returned from a 5-day stay at The Hacienda. We have stayed here previously prior to the pandemic and so were a little bit concerned reading the current reviews.

Our concerns proved to be totally unfounded. We had a wonderful time and do not have 1 complaint about anything. We should all expect a little bit of inconvenience and things not being exactly to your liking, given the current circumstances.

Not everything was open which was a concern when we arrived. However, now that we have had our vacation, the lack of restaurants and bars did not impact us at all.

The service poolside was first class, the restaurants and food great, while the overall attitude of the staff could not be faulted. Five stars to all who work at The Hacienda.

Sure it has its faults, but these while minor to me, need to be put into perspective from those complaining about not having a room ready etc etc.

We highly recommend this resort and Puerto Vallarta. The covid protocols are excellent and we felt safer here from covid than we do in Southern California.

This review is the subjective opinion of a TripAdvisor member and not of TripAdvisor LLC
ralstonChicago
Chicago, Illinois
6415
Reviewed 29 November 2020 via mobile
Thanksgiving in PV

First of all, I could rant about my stay here but I hate posts that do that. I had high hopes for this property being the Hilton name. I was disappointed from the readiness of the room and condition of the room to the food quality. We were allowed to fill out check in paperwork when we arrived at noon and were told our room would be ready by four. We came back at 4:15 to get our room and were told it wasn’t ready. This took 30 minutes to resolve and the result was a room that looked like no one had stayed in it in a long time. The pool wasn’t working and was dirty. The air conditioning didn’t work and the patio door lock didn’t work. The staff that waited on us was great and the place looks great but bad, lazy menu and ill prepared food at the reservation only restaurants and limited concern by management is disturbing. Some standouts were Adrian at check in who tried to make things better and facilitated a room change for us. Once we had our new room it was wonderful. The EL Rincon coffee shop was excellent for coffee. Sadly this hotel will have to be an avoid my next trip to PV.

This review is the subjective opinion of a TripAdvisor member and not of TripAdvisor LLC
javajnky01
Sacramento, California
54
Reviewed 30 October 2020 via mobile
Disappointing experience

Not a very good experience. We booked an ocean front Junior suite. To start, at check in, we asked to upgrade our room as a diamond member to the hacienda adult side and told we could, if we didn't like the room we were given. We immediately called the desk and said we would like to move to the adult side, because we were given a room near the family pool, which was very loud and there was major construction happening right outside our door. The front desk said the room would be ready in an hour so we chose to wait, only to call them back and find out, after waiting all that time, that the room wouldn't be ready until the next day, but their website let you go online and book the room we wanted, which made no sense. The room we were given was old, run down and shabby. Later that night we went to shower and had no hot water. They called back and said we could move to the adult side now but we would have to pay more for it even though it wasn't actually an upgrade but a downgrade from the ocean front room we had booked. We chose to pay the difference just to have a quieter room. We were relieved to find a beautifully decorated room which was fairly new and quiet.

The following day our room was cleaned but they did not replace our towels or washcloths. We requested them several times, but they never sent any so we went to the front desk to request them and were told they would send them up. They were never sent. We would have reused our original ones but the cleaners took them without replacing them. We were finally able to get towels but never any washcloths, which made washing sunscreen and make up off difficult.

The room was not cleaned or restocked again with any amenities. A lot of the staff didn't understand much English so it was difficult to get anything.

There is a coffee maker in the room but no cups.

The food was very disappointing and the majority of the staff did not understand what food allergies were so eating was challenging. The lady who works in the coffee shop said we could request gluten/dairy free items and they would be delivered the next day so we put in our request only to return the following day and find out they didn't have anything. Very disappointing.

We came with several other couples who also had difficulties getting amenities. One of the woman had to use the floor towel because the cleaners took her towels without replacing them and they never brought the requested ones up. All the towels are very old and stained.

The only beach area is directly in front of the family/children's pool so it is very loud. There are also vendors walking by every one to five minutes and literally standing in front of your chair waving items to sell. You have to say "no thank you" three or four times before they finally move on. It became exhausting so we finally had to leave the beach.

The hotel is only at 50% capacity which is nice, but we paid quite a lot to stay here and very disappointed in the extreme lack of service, quality and treatment. Sad to say Hilton has failed in a big way here!