US$79
US$72
View deal
Free cancellation until 07/08/21
Reserve now, pay at stay
PricelineUS$79
eDreamsUS$79
TravelocityUS$72
View all 13 deals
Prices are the average nightly price provided by our partners and may not include all taxes and fees. Taxes and fees that are shown are estimates only. Please see our partners for more details.
Wally M
Vernon, Canada
7915

For an economy motel, this plae was clean and comfortable with lots of recent work having been done. Bed was comfortable and the room had a good view of the park. Yhe hosts were welcoming and easy to deal with. I'd stay again.

See all 176 reviews
Nearby Hotels 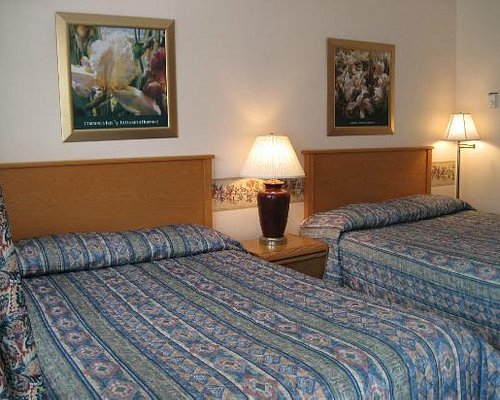 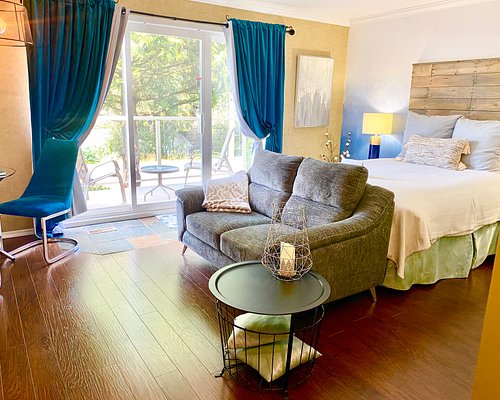 Top Rated
Breakfast included
Evergreen B & B
US$131 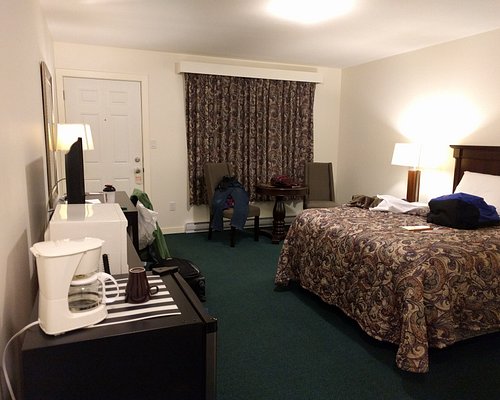 Centrally located, this motel was a good value. The room was clean and the hosts were pleasant. You could see the owners wer in the process of doing a bunch of renos to fix it up even more, icluding new paint and floors. Bed was good and we had a view of the park. Over all I would say it was a good choice and would recommend it

This review is the subjective opinion of a TripAdvisor member and not of TripAdvisor LLC
hmdiver
Cochrane, Alberta
54
Reviewed 5 August 2020 via mobile
Windsor Motel - what a hole

Stayed a week and was only given one roll of toilet paper and was told I have to request it I also have to request clean towels. The room was extremely dirty. Definitely bring ur own cleaning supplies, bedding, pillows, etc. I was also told that you have to request a cleaning. . Trying to save money, thought I would get a unit with a kitchen. Well there is an additional fee charged to use the microwave and stove. . The drawers have no handles. Closest don’t have knobs and the coat hook is gone in the bathroom.

I also figured out why the light by the bed wouldn’t work. See the fire hazard picture below.

Save ur money and do an Airbnb!!!

FIX YOUR BATHROOMS.The room was stuffy and outdated by about 50 years, it was clean. I'll give it that. That being said. the shower barely worked. when you turn the knob that turns the shower on, a LITERAL stream of water shoots out of the clearly not sealed plumbing, all over the wall and floor. There must have been half an inch of water on the floor of the bathroom at the end of our 1 night stay.

The staff was VERY friendly I'll give them that. However I am guessing that it's a family run business an they are cheaping out whenever humanly possible. I get that, but don't charge me $100 for a room during a pandemic when you damn plumbing is broken. Not only will I never stay here again, I will purposely try to deter anyone I know driving though Hope to stay somewhere else.

Take some pride in your work. Be better.

This review is the subjective opinion of a TripAdvisor member and not of TripAdvisor LLC
Jinx2727
2515
Reviewed 24 June 2020 via mobile
Wished we could have had a refund!

I understand that this is a budget motel. The curb appeal is nice and it jas balconies on the upper floor which we were happy about...especially after we walked in the room and it smelled like a smoking room from the last 30 years. The beds seemed newer and were comfortable. However the dated decor, the old and cracked tile flooring, the mildew/mold in the corners of the shower and the old carpets that you would definitely not walk on bare feet with were all questionable. There were no screen doors on the balcony, no telephones and the dishes in the kitchenette needed to be washed. We were booked beside a occupied room of a long term rental which we were unaware of at the time, nor was it mentioned. There were plenty of empty rooms but instead we were awake most of the night by the neighbor in the next room partying, slamming doors, opening and closing the sliding door, banging around, revving up their car in the parking lot and it goes on until about 5am. We spoke with the manager and he just said well he didn't hear anything and basically wouldn't even acknowledge that we had a concern. Especially since this tenant next door seemed to be involved in heavy drug use and very shady people coming and going all night. Even half a refund would have been nice or some sort of apology. The curb appeal and the lobby tricked us for sure and the 'quiet atmosphere ' sign right on their banner. We definitely WON'T stay here again nor reccomend.

This review is the subjective opinion of a TripAdvisor member and not of TripAdvisor LLC
susangV6336KS
St. Lucia
24
Reviewed 9 September 2019 via mobile
Don’t stay here

We stayed here as a stop over on a tour through the Okanagan. Based on the rating and reviews we stayed here; but this is NOT a four star rating for this hotel. The carpet and chair is filthy. Keep your shoes on! The deadbolt was broken off. The bed had not been changed and what an issue to have clean linens put on. Felt Hopeless in Hope.