US$97
US$90
View deal
Free cancellation until 04/11/21
PricelineUS$91
eDreamsUS$91
Destinia.comUS$97
View all 15 deals
Prices are the average nightly price provided by our partners and may not include all taxes and fees. Taxes and fees that are shown are estimates only. Please see our partners for more details.
Hadstthoufled
Hungerford
3210

Whilst not cheap, I felt we definitely got what we paid for. Great location (the view into the neighbouring Winter Garden from the reception and restaurant is impressive), nice pool and lovely staff. My one gripe - why does any hotel developer think we want to sleep in hermetically sealed rooms with only a noisy air conditioner to keep us cool?! Windows that open, please! Still, not the fault of the hotel, which was otherwise quiet, comfortable and a bit of a treat.More

Glad you had a good stay and your view was to your satisfaction we hope to see you in the near future.

Report response as inappropriateThank you. We appreciate your input.
This response is the subjective opinion of the management representative and not of TripAdvisor LLC
See all 3,317 reviews
Nearby Hotels 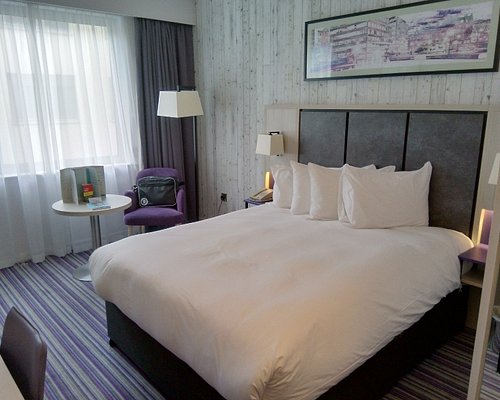 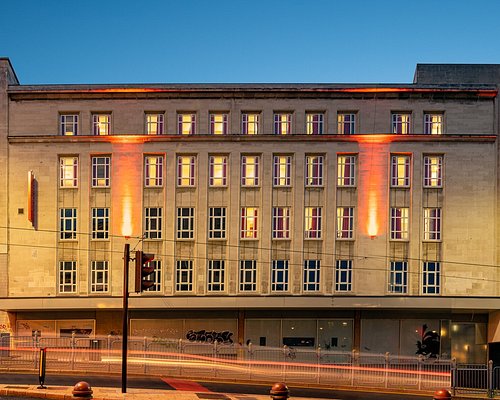 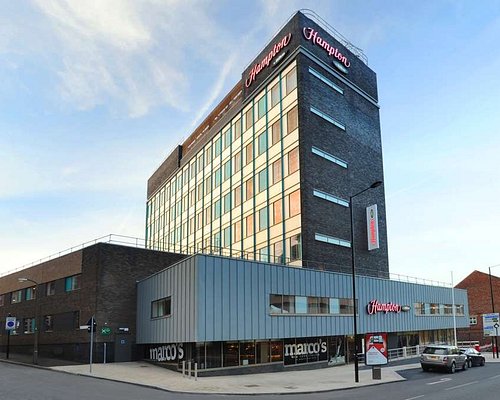 Taking safety measures
We compared the lowest prices from 15 websites
Ibis Sheffield City
US$60
US$56
Booking.com
View deal
Free cancellation
Expedia.com
US$56
Hotels.com
US$56
Destinia.com
US$60
View all 18 deals from US$56
859 reviews
0.6 km from Mercure Sheffield St Paul's Hotel

Taking safety measures
We compared the lowest prices from 18 websites
DoubleTree by Hilton Hotel Sheffield Park
US$101
US$84
Booking.com
View deal
Expedia.com
US$84
Hotels.com
US$84
travelup.com
US$101
View all 17 deals from US$84
2,082 reviews
6.3 km from Mercure Sheffield St Paul's Hotel

Taking safety measures
We compared the lowest prices from 15 websites
The Rutland Hotel
US$84
US$66
Booking.com
View deal
Expedia.com
US$79
Hotels.com
US$79
Trip.com
US$84
View all 15 deals from US$66
683 reviews
1.9 km from Mercure Sheffield St Paul's Hotel

Expedia.com
View deal
Free cancellation
Pay up to 12X
Booking.com
US$49
Trip.com
US$48
Hotels.com
US$49
View all 12 deals from US$48
17 reviews
0.9 km from Mercure Sheffield St Paul's Hotel

The hotel is in a great location, staff are friendly and the rooms are well sized. But it’s really tatty inside. Both lifts are broken, and in significant need of a refurb.

Simply at this price point this hotel no longer represents good value - maintaining the original 20 year old interior and decor which is poorly maintained.

This review is the subjective opinion of a Tripadvisor member and not of TripAdvisor LLC.
catherinedinsdale
London, United Kingdom
25101
Reviewed 27 August 2021 via mobile
Totally depressing experience

Pre covid we stayed here a few times when visiting family in Sheffield and generally it was a good, busy hotel - good value and great bar - no issue . I booked for 2 nights post covid and it was evident when we got here that things had gone seriously down hill . Firstly it felt neglected and running on a minuscule staff , the lifts were out of order so we had to go via the health club - we went up the stairs which were dirty and with debris outside the doors etc - not a good start . Our room was large but the curtain had partly fallen off the rail and the shower hadn’t been cleaned properly. We stayed the night , went out all day and came back to find that our room was not cleaned and exactly as we left it . I rang reception and they told me that you had to request a clean - I pointed out that nobody had told us that at check in or we would have done . We were promised clean towels which didn’t turn up.
I am a silver Accor account holder - not that that should make any difference ( and it didn’t ! ) and I would never ever stay here again. No excuse for neglecting a hotel and then expecting people to pay a top end Sheffield price for a sub standard experience. None at all.
Ps the bar closes at 10.30 so bear that in mind too .

This review is the subjective opinion of a Tripadvisor member and not of TripAdvisor LLC.
Navigator07074601140
21
Reviewed 26 August 2021 via mobile
Room is dreadful

The facilities downstairs might be 4 star but the Privilege room is awful. Cheapest furniture, stained carpet, lights which don’t work, lumpy hard pillows, no TV signal on most channels. Just can’t wait to leave. Stars are given for the pleasant staff & location.

Thank you for your feedback and good to hear the location was good and staff were helpful during your stay.
Thank you

Report response as inappropriateThank you. We appreciate your input.
This response is the subjective opinion of the management representative and not of TripAdvisor LLC
7Sarah0
42
Reviewed 26 August 2021
Poor Hotel, Poor Standard of Hygiene, Poor Communication, Unprofessional Management

Before I start, just want to point out I'm not one for leaving poor reviews for the sake of it, but seeing as 3 emails sent to the hotel have all been ignored.
We chose this hotel as we were getting married at the registry office around the corner, and booked to have a meal there after with a total of 13 guests.
From start to finish the communication regarding the meal was poor. We lost count how many times the meal was for a wedding. We asked months in advance if we needed to pre-book and was told no, then 2 days before we were asked what menu we were having and asked for a pre-order, so lots of extra running around getting our guests choices in when we could have had it done well in advance if they had communicated properly with us. Then when it came to the meal we didn't have anyone to greet us and pour welcome drinks as arranged and we had to do it ourselves ( on it's own, not a major complaint but just another issue added to a list of others). This is supposedly a 4 star hotel and there wasn't any napkins and the dessert menu was a photocopy on piece of paper.
The hotel lift wasn't working so we had to use the service lift which is fair enough, what we didn't expect was to be tutted at by a housekeeper when we went to get out of the lift on our arrival.
The room ( a privilege wellness room) had cobwebs and mould in the shower, no pillowcases on the spare pillows, one glass, one teabag and no soft drinks package as advertised (we were later given a whole 2 bottles of J20 for a 2 nights stay).
At breakfast we saw a cork on the floor obviously from the night before so another incidence of poor cleanliness as it was obvious the area hadn't been cleaned properly.
The major concern was when my 6 yr old grandson unfortunately vomited in the hotel bar. We reported this straight away. After over half an hour, nothing had been done to clear it up. We offered to clean it up ourselves but they didn't have any equipment. The young bar tender Tom, (who was great) had to get a piece of cardboard and the ice bucket to start clearing up. We were told that that there wasn't any housekeepers available. They even sent someone with a Henry hoover to clear it up, it didn't take her long to realise this clearly wouldn't work. After a long time (over an hour), a bio hazard bag finally came out. Tom the bartender only had gloves to protect himself and no plastic apron, and had to carry on working behind the bar in the clothes he had cleaned vomit in. The bar manager was surly and rude through it all and showed no concerns for the other residents in the bar. This must have been very unpleasant for them sat there looking at the mess for a very long time.
This palava was against all health and safety guidelines and very worrying. If the cause of the illness had of been of a bacterial or viral reason, then the rest of the guests in the hotel bar area could have been infected.
To compound this, we have been in touch with both the general and food beverage managers of the hotel by email, all of which have been ignored, hence the review and escalating further up the Accor chain. I just want to add that I did compliment our food when it arrived, the service from our waitress and of course Tom the bartender who was a star in the horrible position he was put in.

This review is the subjective opinion of a Tripadvisor member and not of TripAdvisor LLC.
Emily L
32
Reviewed 25 August 2021
Not what we paid for

We paid for the Privilege Room and I must say the view was outstanding and well worth the money. We did however have a few issues. Firstly the room was meant to have robes, slippers and mineral water complimentary - none of which we received. We mentioned this to reception however they only delivered the robes and on our return (11pm) we didn't have the energy to go down to raise again. This did affect our decision to go swimming in the morning as we had planned to go in our robes and slippers.
The main lift wasn't in operation so we went to the spa lift which was an issue as every guest was queuing for the lift. On arrival of our floor (5th) we were greeted with a lot of empty bottles and dirty plates which remained there until the next day. This was extremely disgusting and we heard many people comment on this. The carpets were also very dirty.
Also, our bedroom was quite clean however we did notice concerning hand prints above the bed which hadn't been cleaned.
The room was very dated and needed a lick of paint, the furniture is quite battered. It's a shame the downstairs of the hotel wasn't reflected in the bedrooms.

This review is the subjective opinion of a Tripadvisor member and not of TripAdvisor LLC.
View more reviews
PreviousNext
1…789…