Great location. Rude and grumpy... - Who'd A Thought It Inn

Review of Who'd A Thought It Inn
Reviewed 4 weeks ago

Great location. Good parking. Average pub food. Clean comfy room. We stayed in room 2.
Only stayed one night. but found management grumpy and the gentleman running it was rude and unhelpful. They should not be in hospitality if they don't like their customers. Remember it is us who pay their wages.

See all 170 reviews
Nearby Hotels 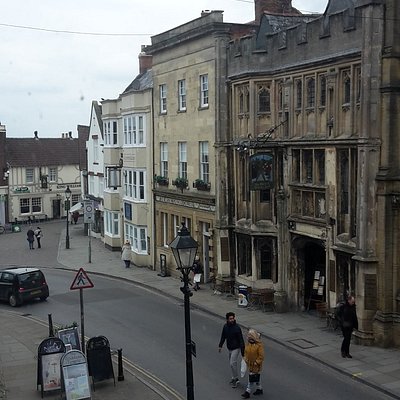 Breakfast included
Sponsored
The Overlook Bed and Breakfast
US$123

Breakfast included
The Covenstead
US$109
Tripadvisor
View deal
Expedia.com
Hotels.com
Booking.com
US$109
View all 15 deals from US$109
453 reviews
0.2 km from Who'd A Thought It Inn 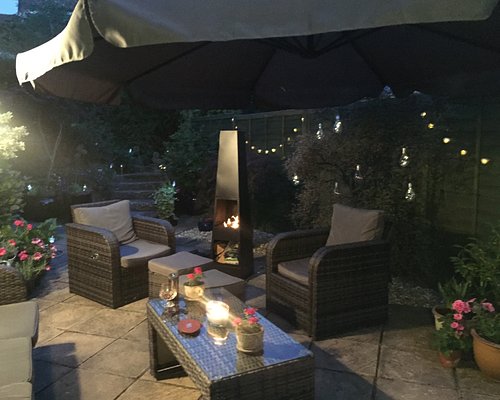 Expedia.com
View deal
Hotels.com
CheapTickets
US$97
Booking.com
US$109
View all 13 deals from US$97
9 reviews
0.2 km from Who'd A Thought It Inn
We compared the lowest prices from 13 websites
Haydn House

I booked directly for 4 nights. The lady confirmed booking via email incl price and asked me to pay a week before the stay. i called the week beforehand to be told by a different member of staff that it's not policy to take card numbers over the phone and to just pay upon arrival. I asked her to confirm I had been booked in for the dates requested as I would be a month away from surgery and very much needed a room booked.. She said she couldn't see anything but that doesn't matter as generally bookings are scribbled in pencil onto the calendar!
I sent an email the night beforehand to ask would it be possible to just leave my bag in early before check in. I got an abrupt email stating there had been no confirmation or payment. when I saw the email I replied asking her to confirm that I did indeed have a room. No answer. I couldn't risk arriving in my current health state with the chance of no accommodation. Booking.com had nothing last minute.
Never was this my experience in the past. Anytime I go to Glastonbury I stay here. I eat here, drink here and give all my custom here. This must be new policy under new 'management'. Not once was there an apology! Nothing!
Maybe go through booking.com to make sure you are booked in here or better still go somewhere that appreciates their customers.

This review is the subjective opinion of a Tripadvisor member and not of TripAdvisor LLC.
S843JFnb
1
Reviewed 20 July 2021
Unhelpful management if something goes wrong

I recently stayed on one of the hottest days of the year. When i was shown to my room (Room No 4) it was west facing, the curtains were wide open and it was very hot in there. Added to which, it was on the first floor above the kitchen which did not help- in fact the floor was warm. At this point it was too hot to stay in the room.
I asked about changing rooms as I was reluctant to leave the window open (when not in it) as it was next to the fire escape. Before asking I checked if they still had rooms available and they did.
What started off as a polite attempt to resolve this ended up leaving me very upset. I had to chase up the manager, a number of times in order to talk to her. She made no attempt to help (perhaps offer a fan?) or resolve the situation, refusing me to change rooms even though I was willing to pay extra. She was rude, abrupt, unhelpful and unprofessional. I am very disappointed

Room tip: The weather can be very hot during the summer - nobodies fault, but consider carefully as room did not have AC
Ask S843JFnb about Who'd A Thought It Inn
Thank S843JFnb

This review is the subjective opinion of a Tripadvisor member and not of TripAdvisor LLC.
Nicki1301
114
Reviewed 19 July 2021 via mobile
Fab little find In Glastonbury

Just had a fab lunch here… Sunday lunch all good!! Other choices good too!! Friendly staff!! Went above n beyond with our children!! Well placed beer garden with lots of tables!! Thank you would definitely recommend!!

This review is the subjective opinion of a Tripadvisor member and not of TripAdvisor LLC.
jin6x
UK
1064375
Reviewed 19 June 2021 via mobile
Old Inn, Good for 1 Night

Whilst this inn is well located, the room size is too small to provide a basic wardrobe for hanging clothes or placing a suitcase. The tv screen is small. A car park is available although we had difficulty in identifying that in the description. Breakfast is good with lots of choices.

Trip type: Travelled as a couple
Ask jin6x about Who'd A Thought It Inn
1  Thank jin6x

This review is the subjective opinion of a Tripadvisor member and not of TripAdvisor LLC.
jadavj
Croy, United Kingdom
6030
Reviewed 16 June 2021 via mobile
First visit to the town

First visit to Glastonbury and booked a celebration lunch. Lovely staff, huge portions of food, outside seating available although we ate inside. Quaint and quirky place full of vintage signs on the ceiling and just around the corner from shops and bars

Trip type: Travelled as a couple
Ask jadavj about Who'd A Thought It Inn
Thank jadavj

This review is the subjective opinion of a Tripadvisor member and not of TripAdvisor LLC.
View more reviews
PreviousNext
123…
<script type='text/javascript' crossorigin='anonymous' async onerror='__scriptLoadError(this,true);' src='https://static.tacdn.com/assets/rSObt2.cd435548.es5.js' data-rup='rSObt2.