“Great Location”
UlpWXzRfSzRx
other travellers have booked this property 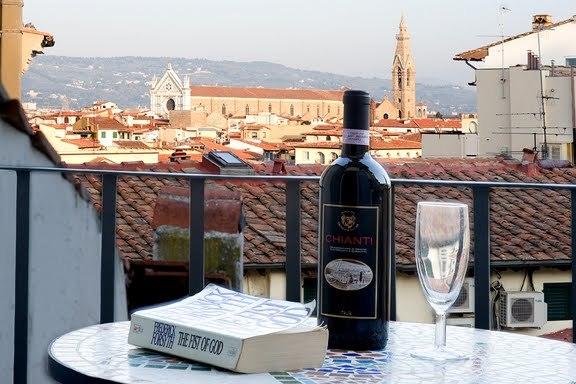 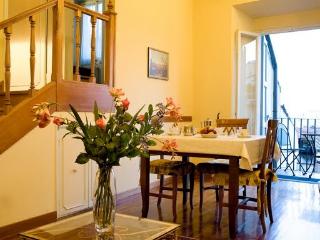 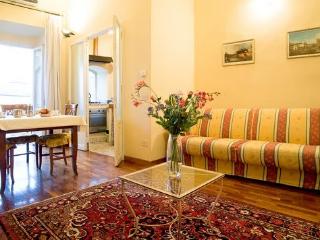 Very good - based on 2 reviews
Write a Review

This apartment is in a great location, just steps from the Arno and the Ponte Vecchio. Also nearby is a grocery store with anything you would need for cooking at home. There is also a bakery very close, but we found it very expensive and only ate there once. The apartment was just right for 3 people; I wouldn't recommend it for more than that. The balcony is a nice place to sit after a long day of sight seeing, drinking in the sights and sounds of Florence. The apartment building is obviously old, but the apartment itself is well maintained and clean. We did not use the washer, which is outside on the balcony, and apparently there is another washer and dryer in the basement of the building-again, we did not attempt to use them. My only complaint would be that it would be nice if there were more staples in the kitchen, like olive oil, vinegar, etc, and some dish soap. These we had to buy at the store, which only had them in large quantities, then had to leave in the apartment. Hopefully they were left there for the next guests.

Date of stay: June 2014
Liked best: location
Liked least: small; no staples in the kitchen
Travelling group: Friends
Would you recommend this hotel to a friend?   Yes.
Recommended for:
Was this review helpful? Yes
This review is the subjective opinion of a TripAdvisor member and not of TripAdvisor LLC
Problem with this review? Thank you. We appreciate your input.
Previous Next
1 2
Updating list...
Still can't find what you're looking for?

Looking for a place to stay in Florence?
View all 1,807 holiday rentals