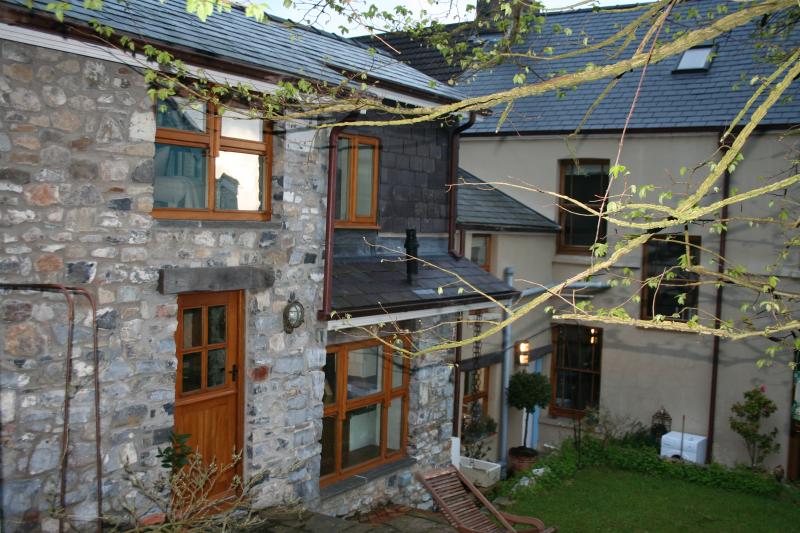 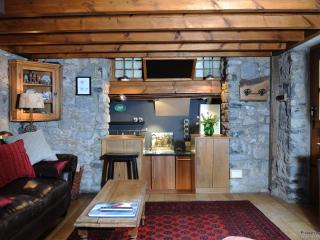 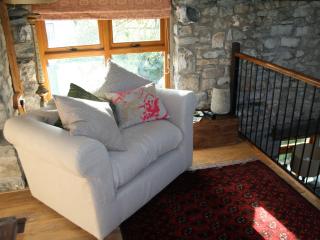 Very good - based on 19 reviews
Write a Review

The annexe is well maintained and of a high standard with character. However you must be aware that the annexe is part of the owners house and therefore you do not have complete privacy you are also overlooked when in the garden by the house opposite. There is a fire pit in the garden but we were told we were not able to use this!!! Parking was dreadful we had to pull our cases up three roads all uphill, which isn't a great start to your holiday, especially when you specifically asked owner before hand.

Date of stay: September 2014
Travelling group: Spouse/Partner
Your age range 50-64
Would you recommend this hotel to a friend?   No.
Was this review helpful? Yes
This review is the subjective opinion of a TripAdvisor member and not of TripAdvisor LLC
Problem with this review? Thank you. We appreciate your input.

We loved our stay and would stay again. The cottage is full of character and has lovely features like a firepit, mezzanine sitting area and exposed floorboards. I have no doubt that the cottage was luxury when the 1st reviews were written in 2012, but a little TLC is needed to earn this description. We left comments in the suggestions book, but mainly some touch-ups and a thorough clean. However we have stayed many places in Mumbles and Swansea, and would still recommend Shoreline for a relaxing weekend away. It is definately cosy and comfortable. There is a great wi-fi connection, fast enough for I-player and 4OD etc.
Two notes though 1. It is not situated where stated on the Trip Advisor or Holiday Letting sites. It is up a steep hill, a 5-10 minute walk to the sea front. Ask the owner to e-mail the directions if you are unsure 2. The bathroom is not fully enclosed, having a 1-2ft gap between wall and ceiling. Your cottage mates will hear you tinkle or anything else you do in the bathroom. There is a bosse stereo in the room adjacent though :-)

Date of stay: August 2014
Liked best: Relaxed cosy atmosphere
Liked least: Needs a little tlc, the spiders are many!
Travelling group: Spouse/Partner
Would you recommend this hotel to a friend?   Yes.
Was this review helpful? Yes
This review is the subjective opinion of a TripAdvisor member and not of TripAdvisor LLC
Problem with this review? Thank you. We appreciate your input.

Interesting cottage with great sitting area and fire pit. Very clean with lots of thoughtful touches to make the cottage welcoming. We were a party of three and I think that four people would have been a little bit of a squash. Quiet location but close to lots of Mumbles amenities.

Date of stay: August 2014
Travelling group: Teenagers
Would you recommend this hotel to a friend?   Yes.
Was this review helpful? Yes
This review is the subjective opinion of a TripAdvisor member and not of TripAdvisor LLC
Problem with this review? Thank you. We appreciate your input.

While we agree with everything in the previous reviews about the great location etc of this cottage, I’m afraid we can’t agree with all the comments about how well it’s been converted and how it’s been finished off. There are some notable deficiencies in the building work not least the lack of a kitchen ceiling which means that you can stare right up into the bathroom and someone, say, on the toilet can look straight back at you – not great! There are a number of windows without curtains, notably the window outside the bathroom, meaning that, firstly, you definitely have to cover up to go to the toilet (or risk entertaining/shocking the neighbours) and also the light steams into the bedroom in the morning as there is no bedroom door – light sleepers beware. In the bathroom itself the toilet seat wouldn’t stay up and the shower handle fell off. The pipe work to the shower makes an awful row until it’s turned on properly after several turns. There is no main lighting in the living room, just a number of low power side lights and lamps which don’t add up to a great amount of light thus making reading difficult. Some of the windows have gaps around the edges and, if it’s raining, the guttering drips right outside of the bedroom window – again light sleepers beware. We thought the provision of everyday cutlery, glasses and plates was a bit mean, necessitating either washing-up or putting the dishwasher on every day (a quick trip to Ikea would be an easy and cheap way to solve this, as evidenced by many of the other cottages we’ve stayed in). The (free) Wi-Fi was also very weak anywhere downstairs as the modem was stuck up right in the far corner of the bedroom upstairs thus making it very frustrating to use. The owners give you opportunity to make any suggestions in a book so, hopefully, some of these things will have been remedied now. Having said all this it wasn’t a bad cottage and it is a good base for walking and touring the area, just don’t expect it to be quite as perfect as the previous reviews would have you believe.

Date of stay: April 2013
Liked best: Location
Liked least: Lack of curtains at window on landing outside bathroom
Travelling group: Spouse/Partner
Would you recommend this hotel to a friend?   Yes.
Was this review helpful? Yes
This review is the subjective opinion of a TripAdvisor member and not of TripAdvisor LLC
Problem with this review? Thank you. We appreciate your input.

We were lucky enough to get a recommendation from a friend to stay here and we could not have asked for a more idyllic weekend retreat for our stay in the Mumbles. The annex has been lovingly converted to a very high standard and the decor is a perfect mix of contemporary design with plenty of original and quirky architectural features. Warm, comfortable, cosy and yet spacious this place is a real gem. I was extremely impressed with the level of detail and it strikes me as one of those rare places where the owner has gone to great lengths to ensure you really enjoy your stay. The attention to detail throughout the conversion is fantastic. We spent a lovely evening sat in the garden with a bottle of wine next to the huge fire pit. If you are looking for a classy place to stay in the heart of the Mumbles then look no further.

Date of stay: May 2012
Liked best: The fire pit.
Liked least: parking - can't do anything about that though.
Travelling group: With Spouse/Partner
Would you recommend this hotel to a friend?   Yes.
Was this review helpful? Yes
This review is the subjective opinion of a TripAdvisor member and not of TripAdvisor LLC
Problem with this review? Thank you. We appreciate your input.
Previous Next
1 2 3 4 5
Updating list...
Still can't find what you're looking for?

Looking for a place to stay in Mumbles?
View all 130 holiday rentals