US$95
US$67
View deal
Trip.comUS$79
ZenHotels.comUS$95
eDreamsUS$78
View all 10 deals
Prices are the average nightly price provided by our partners and may not include all taxes and fees. Taxes and fees that are shown are estimates only. Please see our partners for more details.
Frank0870
Kuala Lumpur, Malaysia
7765

Recently I’ve stayed for one week in this beautiful resort. Everyone is very friendly and helpful. I’ve got an upgrade to their Premier Villa, which is very spacious and got an open shower. It’s just a few metres to the beach, from where you can see amazing sunrises and spectacular sunsets. All in all a good place to recharge your battery. Breakfast can be better and I miss a well maintained garden. 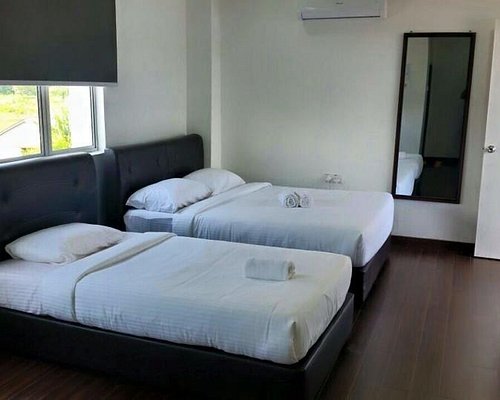 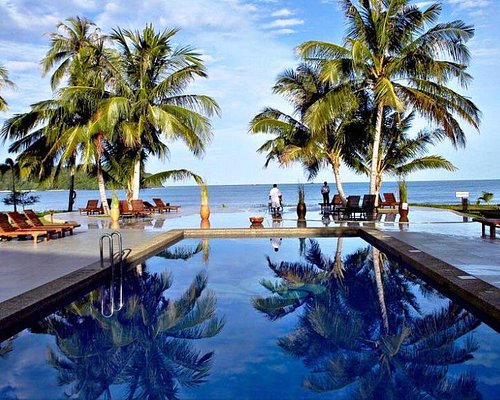 The Frangipani Langkawi Resort & Spa
US$73
Booking.com
View deal
Free cancellation
Reserve now, pay at stay
Expedia.com
US$66
Agoda.com
US$53
Priceline
US$63
View all 15 deals from US$53
1,799 reviews
1.2 km from Camar Resort Langkawi
We compared the lowest prices from 15 websites 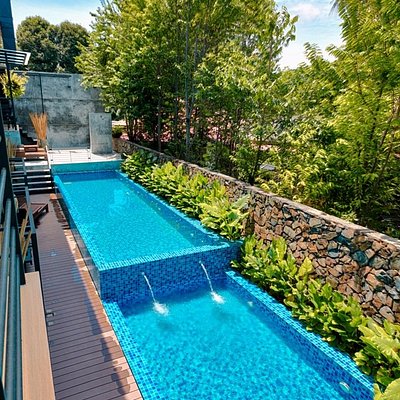 Breakfast included
Lot 33 Boutique Hotel
US$33
Booking.com
View deal
Expedia.com
US$44
Agoda.com
US$27
Priceline
US$33
View all 11 deals from US$27
43 reviews
1.2 km from Camar Resort Langkawi
We compared the lowest prices from 11 websites
Corrie Chalet

Spoil my vacation mood this time and leak of the poor hotel facilities in room and no worth for a money. Water flow out blockage, refrigerator broken ask the the staff and give many excuses but no action. The facilities in room mostly damage. Room also no sound proof and disturbing in night and sleep. Dissapointed paying overpriced stay. But the security guard is friendly and also the bellboy also. And the room access is quite far from the parking. From my experience, I won't recommend this accommodation to all.

This review is the subjective opinion of a Tripadvisor member and not of TripAdvisor LLC.
SuzySkye
Kuala Lumpur, Malaysia
5760
Reviewed 6 November 2021 via mobile
Basic, no frills hotel

Just came back from spending 3 nights here. Originally booked in early 2020 but had to postpone due to Covid and then borders in Malaysia closed. Finally managed to travel here after numerous date changes which the hotel was very accommodating but I made the mistake of booking a non-refundable, fully paid room via Agoda and had a painful experience trying to push the dates. Never again with Agoda. The only bright side was there was a price drop so I got sone refund from Agoda and paid RM264 per night for the beach wing room with breakfast.

We arrived a day before Deepavali, rented a car from Kasina at the airpory and drove straight here around 11am and room was not ready as check in is at 3pm. We went sight seeing and came back later, tried asking for an upgraded room but unsuccessful. They gave us an upper floor room but not much of a view.

The hotel is a frills-free 4 star super basic hotel with pool, gym and nothing else. The entrance itself is obscured by an abandoned hut and tall weeds which gave the impression that we were at the wrong road. Quite strange. A huge high rise construction is also happening next door so you'll hear some drilling and banging. You'll need to scan the Mysejahtera each time entering the hotel premises.

The room at beach wing is bigger than pool wing but extremely basic with just a single seater sofa and no amenities other than toothbrush set. Soap, shower gel, shampoo are provided in refillable bottles. Drinking water is via their filtered 3M tap. Breakfast by the beach was served in sets. Sufficient to keep you full although don't expect too much of a variety. The sambal in the nasi lemak was delicious though.

The deckchairs on beach and pool were limited but thankfully it was not crowded during our stay. The hotel grounds were very plain, need some landscaping and flowers as the building kind of resembles an old school. Nothing for kids here, a trampoline or water slide would have been a nice touch.

Ultimately this is a very very basic, hotel suited to those who prefer a simple accommodation. I was under the impression it was a fairly new hotel in 2020 but by the looks of it, I was wrong and cant recall why I chose this hotel on Agoda back then considering there was nothing special here.

The location on Pantai Tengah is ok as it's close to Cenang and eateries. The Yuan Spa across the road was great, highly recommended and the Malay-Western stall down the road called Bobi's was good too. Grabfood is available since the hotel has closed its dining for now apart from breakfast.

Overall, our trip was smooth and staff here are friendly so we cant complain. An additional bed in room costs RM145. We will much prefer a hotel with more facilities and activities but those who are on a budget and want no distraction can consider here.

This review is the subjective opinion of a Tripadvisor member and not of TripAdvisor LLC.
MyInstaATAR
Shah Alam, Malaysia
11
Reviewed 2 January 2021 via mobile
Best Smile and Pleasant Place

My experience in Camar Resort was excellent. Five days stay with a consistent service by the resort's staff. I love your lovely staff kept a smile and always welcomed us for any questions or requested.

The room is beautiful that called premiere villa 130. Clean and comfortable during our stay. The complimentary of variety of drink every day also charming. Even though they have limited staff due to covid time, the housekeeping never forgets to play their role every day.

They served breakfast with limited order, but I like it. The portion just lovely and the food is tasty. Love the bread and croissant.

Facilities are superb. The gym just enough equipment for kept healthy, the pool is too long for beginner, got many spaces to sit and chit chat or relaxing by the swimming pool and by the beach.

Thank you Camar to make my holiday lovely and enjoyable.

This review is the subjective opinion of a Tripadvisor member and not of TripAdvisor LLC.
dogstarre
Kuala Lumpur, Malaysia
1
Reviewed 27 December 2020
Peaceful stay with huge pool & private beach

Had a nice experience staying here. Took their 4D3N special CMCO offer which was excellent value for money. Overall it was quiet & peaceful. Our room was facing the super long pool & a short walking distance to their private beach. Friendly & efficient service from their staff, from the reception to the restaurant to the housekeeping. One night we noticed a parked car's engine was making some weird noise with no driver inside & notified the staff on duty. They responded very quickly & managed to contact the owner to resolve the situation. The set breakfast was tasty with a generous portion & variety. We also requested for a bucket of ice at night to chill our drinks & they provided it complimentary. It was definitely worthwhile staying here.

Room tip: Choose a room on the same level as their pool if u love swimming
Ask dogstarre about Camar Resort Langkawi
Thank dogstarre

This review is the subjective opinion of a Tripadvisor member and not of TripAdvisor LLC.
Kevin T
Kuala Lumpur, Malaysia
117118
Reviewed 12 December 2020 via mobile
Almost Private

Camar is a resort that is worth every penny. We had a bungalow villa to ourselves with an outdoor show tub. The room came with a sofa as well. We are just 10 meters to the beach. The beach is clean, calm & white. And that’s our breakfast view! Although they don’t serve buffet breakfast anymore, the set menu was even better! I feel I had a customised breakfast just for me and the portion was generous. The swimming pool was huge but I wished I had the time to dip into it. Service was friendly & professional. What else can one ask for? Don’t wait. This is the time.

This review is the subjective opinion of a Tripadvisor member and not of TripAdvisor LLC.
View more reviews
PreviousNext
1234…