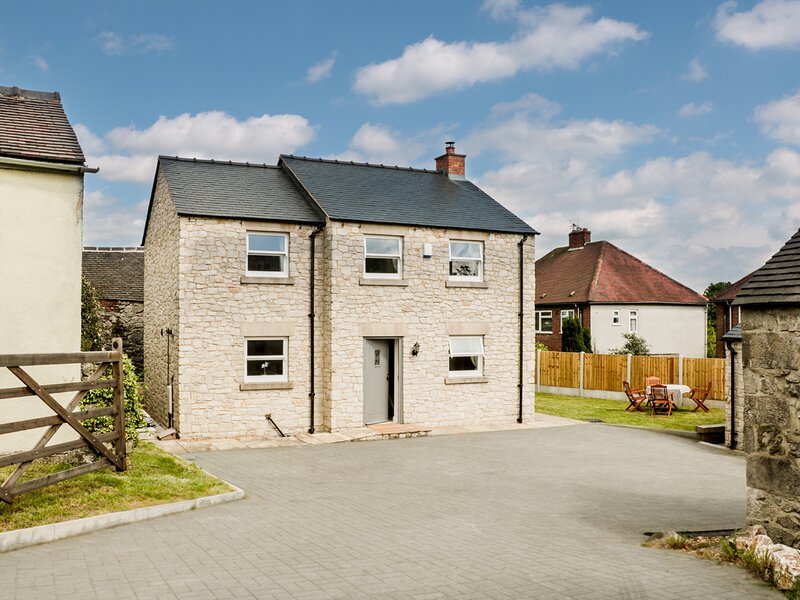 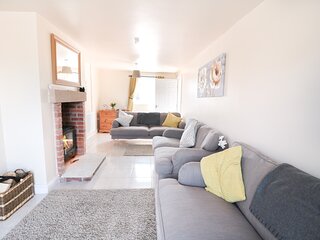 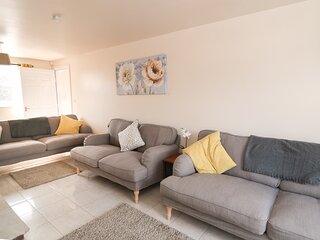 Poor - based on 5 reviews
Write a Review

Very disapointed. There is honestly nothing cottage like about this property apart from the exterior and a fire place.
The photos advertised definitely do not reflect the true look of this "cottage" with the decoration bland
Shower pressure was shocking and temperature kept fluctuating between freezing cold and boiling hot.
The positioning of the shower head was also oddly in the corner of the shower rather then central wich ment you would need to angle the shower head.
It is obviously a self cater holiday but i didnt realise id need to bring my own pots and pans. There are 2 frying pans one very small with another really inefficient and catering for us all was a nightmare. We made this mistake the first morning and went out for breakfast and dinner for the rest of our duration.
The hot tub was a big attraction for us wich is one of the reasons we booked this property but what a disapointment.
Not only was it cold on arrival it was dirty and smelled musty and limited us to using it. There was also a lack of lighting in the garden area and with it being autumn it gets dark very early wich made things impossible to see and with it being very open with no gates anyone can walk round and invade your privacey.
Overall this was our first trip to derbyshire and after finding some really nice restaraunts & pubs, exploring the peak district and visiting bakewell it would be lovely to return but it was a mistake booking this property especially now looking online just out of curiosity at other local places that looked more ideal with plenty of excellent reviews.

Date of stay: November 2019
Was this review helpful? Yes
This review is the subjective opinion of a TripAdvisor member and not of TripAdvisor LLC
Problem with this review? Thank you. We appreciate your input.

1 helpful vote
“Avoid this place. Terrible owner and a waste of time and money.”
Reviewed 21 October 2019 for a stay in October 2019
1
person found this review helpful

On arrival, the cottage seemed as expected. Fairly clean, and accurate to the photos of the interior.

However, on further inspection of the outside, the garden had dog mess which hadn’t been cleaned prior to our arrival, and also the hot tub was dirty (and annoyingly freezing cold). We assume that the garden was left this way by the last guests and that the owners did not prepare for our arrival.

The owners left a handbook outlining rules of our stay at the property. Understandably, they request for noise to be kept to a minimum after 10pm - and use of the hot tub is prohibited in the early morning. The cottage is situated in a residential area and there are quite a lot of elderly neighbours which we didn’t really realise until the second day of our stay.

On day two, at roughly 9.15pm, we let off some fireworks in the garden. We checked the handbook to check this was not prohibited and decided that as it wasn’t too late, it shouldn’t cause any bother and would be over in under 5 minutes.
After the fireworks had ended, neighbours were swearing at their windows and hurling verbal abuse at us. This was very unexpected as we did not feel we had done anything wrong, but nevertheless we immediately went back indoors and tried to phone the owners to explain what had happened (before 9.30pm) They did not answer, or respond to the voicemail left.

A neighbour knocked on our door and we apologised profusely for upsetting her.

The next morning, Sykes Cottages phoned to tell us we had to leave the property immediately due to complaints. We explained the situation and expressed how we had abided by all of the rules and there had been a bit of a misunderstanding, however we were advised that the owner was not willing to discuss this - nor offer any form of refund for our stay that was cut short through no fault of our own.

We left the property before 11.30am as requested. On departing we saw a local neighbour who spoke to us about the previous night. She explained that the cottage is a constant cause of annoyance for many local residents, and that people complain regularly about the owner and the fact the property is used as a holiday home - because this is not suitable for the location.

The neighbour explained that she is now taking legal action against the owner after a series of problems.

We cleared the air and told her about the rules we were given regarding noise after 10pm. Apparently the owner has told the local residents that guests are under instruction to keep outdoor noise to a minimum after 9pm- which is a lie. It become apparent that we had not really done anything wrong, but the owner has misled his neighbours and we have bore the brunt of a long running feud between him and the locals.

Sadly, the customer care from Sykes was very bad. They are helpful when it comes to making a sale and do not care afterwards.

I will be sure to review this property on every possible platform. This place should be avoided at all costs.

Date of stay: October 2019
Was this review helpful? Yes
This review is the subjective opinion of a TripAdvisor member and not of TripAdvisor LLC
Problem with this review? Thank you. We appreciate your input.

We arrived for a weekend break with friends. The cottage was quaint and had all necessary amenities. It was generally clean however the hot tub was a little dirty.

The owner left a very thorough file with local places to visit, some rules for the house and instructions etc. (One rule being no nose outside after 10pm)

On the Saturday evening we heard a neighbour let off some fireworks. We had planned to travel to a site the next evening to do the same however, as we heard them locally we decided at 9.15pm to let off a maximum of 3 minutes of fireworks. The neighbours became verbally abusive out of their windows. At which point we went back in to continue our evening. We had a knock on the door from a neighbour claiming that we had caused distress to her. We apologised respectfully and reassured that we would keep all noise to a minimum.

We tried to call the owner to apologise for any concern as the woman had claimed she was going to contact the owner. The owner did not answer nor did he call back.

The next morning at approx 8.30am, we recieved a voicemail from Sykes Cottages telling us that we had to vacate the premises immediately. Apparently multiple complaints had been made throughout our stay (although we only heard 're the fireworks) and still now we do not know the reason to the so called complaints. We requested a partial refund due to us not breaking any rules but having to leave early at their request. This was declined.

As we were leaving we were approached by an elderly neighbour verbally abusing us for the noise. Complaining that she gets nothing but grief from the visitors at this property and the owner and that she was seeking legal advice.

We were not warned of the restrictions of noise (barr after 10pm). Had we of known we would have stayed elsewhere as 4 couples.

We cannot believe the lack of support from Sykes Cottages. They were unhelpful and rude. They claimed to the landlord that they had told us of the noise issues, however we had not.

We will be escalating our complaint of this.

We would recommend that this property is not suitable to rent. Unless you do not mind recieving a load of abuse from neighbours. We faced abuse due to previous visitors.

Date of stay: October 2019
Was this review helpful? Yes
This review is the subjective opinion of a TripAdvisor member and not of TripAdvisor LLC
Problem with this review? Thank you. We appreciate your input.
Previous Next
1 2
Updating list...
Do you own a holiday rental? List it here.

Looking for a place to stay in Middleton?
View all 2 holiday rentals