“Love villa with some practical issues” 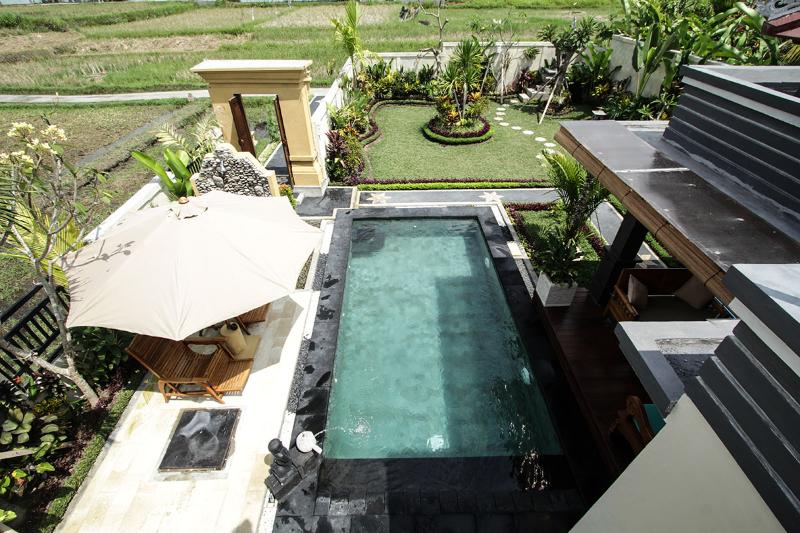 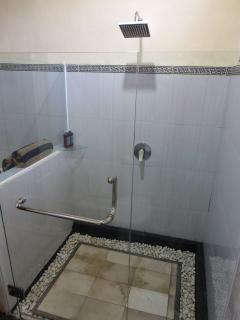 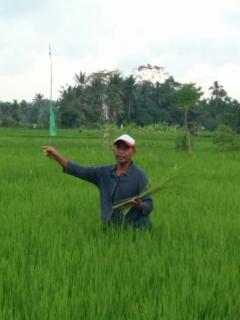 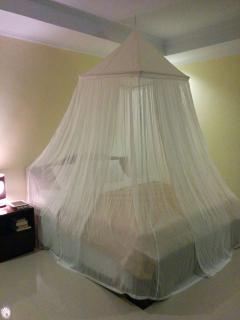 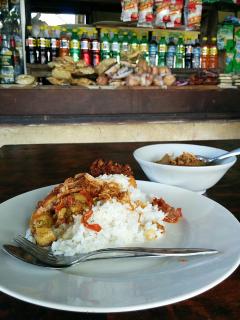 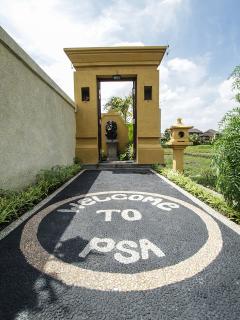 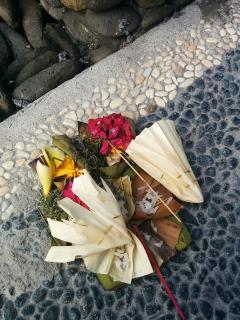 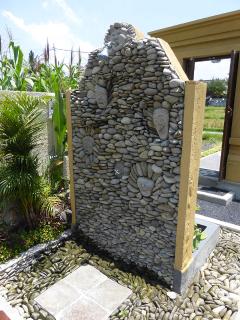 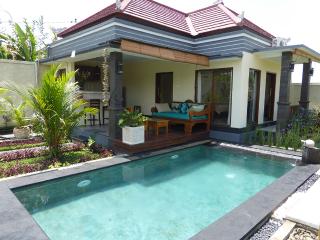 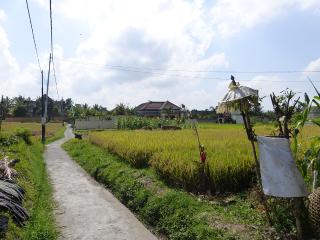 Excellent - based on 15 reviews
Write a Review

We had a lovely stay in this villa for 12 nights. The garden and pool are absolutely gorgeous and the room and bathroom are very nice as well. We didn't really use the kitchen but we liked the large fridge with small freezer and the dispenser with free drinking water. The hosts were really nice and helpful. Overall we were really satisfied with our stay here, although there are some things you should consider before booking.

*The booking includes free use of a scooter, which is awesome to get around Ubud and to make really cheap trips all over the island. However, you also really need this scooter to get from the villa to the center of Ubud. There is no road to the villa, only a narrow path through the rice fields and other houses, which is about 1km long and dangerous because in quite bad condition. From there, it's another few kilometers to the center of Ubud. If you don't feel comfortable driving a scooter in Bali, you're basically screwed. I really wanted to take some yoga classes during our stay, but I always had to ask my husband to take me there, which was really unconvient.

*When we arrived, we had a really nice and warm welcome by Wayan and his wife. They assured us they wanted to make our stay as comfortable as possible and would respect our privacy. In reality it turned out to be really difficult to make clear arrangements with them. They were often really vague about when they would come by to do the cleaning, and they came over unannounced twice, once even when I specifically agreed with him he would only return in the afternoon when we were gone. They also come in every morning to make you breakfast, which is included and really nice (pancakes, eggs, fresh juice...) but also quite awkward. We found it difficult to enjoy our breakfast while they were cleaning the kitchen and preparing the offerings. The offerings were in fact really the biggest issue for us. Balinese people are really religious and have a lot of rituals to honour their gods. We respect everyone's religion, but we really didn't understand why there had to be offerings in our villa every day. They usually did this after breakfast, which meant they would be in the kitchen and garden for an hour on average preparing and praying. This made us really uncomfortable and kind of ruined our mornings as we felt obliged to stay in our room or leave. They said it was okay to use the pool during the rituals but it just felt really awkward. We had specifically chosen this villa for privacy and we didn't feel like we got what we paid for.

*Airport pick up is included (or in our case: pick up from our first hotel in Kuta) which is of course really nice and also kind of necessary as it would be impossible to find the villa yourself. The guy who picks you up is Made, a friend of Wayan, a nice guy you can also hire as a driver for a day to do some sightseeing (f.e. to the Git-Git waterfalls, which is a bit far to do by scooter). A day prior to our departure, Wayan asked when Made had to pick us up to drive us to the airport. When we had to leave and pay for the villa, it turned out airport drop-off wasn't included in the price. I thought the way Wayan brought this up wasn't really fair. If we had known, we would have called a cab, which would have been much cheaper in my opinion. We also didn't like the fact that we had to pay a 3% charge to pay by creditcard. For our stay of 12 nights this cost us around 25 euros extra. If we had known this in advance, we would have brought more dollars with us to exchange as withdrawing money from an ATM also costs 5 euros per transaction and you can only withdraw a limited amount at a time.

In conclusion: we liked our stay here, but I don't think we will come back if we ever travel to Ubud again.

Date of stay: September 2016
Liked best: The garden and pool
Liked least: The accessibility
Travelling group: Spouse/Partner
Would you recommend this hotel to a friend?   Yes.
Was this review helpful? Yes
This review is the subjective opinion of a Tripadvisor member and not of Tripadvisor LLC.
Problem with this review? Thank you. We appreciate your input.

Date of stay: December 2020
Was this review helpful? Yes
This review is the subjective opinion of a Tripadvisor member and not of Tripadvisor LLC.
Problem with this review? Thank you. We appreciate your input.

1
person found this review helpful
Date of stay: October 2016
Liked best: Toda la casa es preciosa, y la piscina estupenda.
Liked least: no hay nada que no me gustara.
Travelling group: Con mi pareja
Would you recommend this hotel to a friend?   Yes.
Was this review helpful? Yes
This review is the subjective opinion of a Tripadvisor member and not of Tripadvisor LLC.
Gracias por su opinión Raul, espero que podamos encontrarnos nuevamente en el futuro...
This response is the subjective opinion of the management representative and not of TripAdvisor LLC
Problem with this review? Thank you. We appreciate your input.
Previous Next
1 2 3 4
Updating list...
Do you own a holiday rental? List it here.

Looking for a place to stay in Sayan?
View all 117 holiday rentals