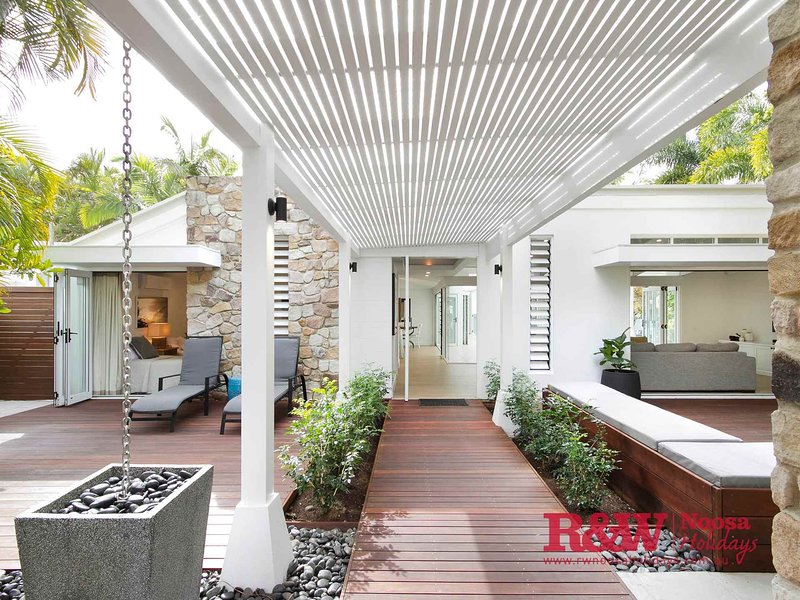 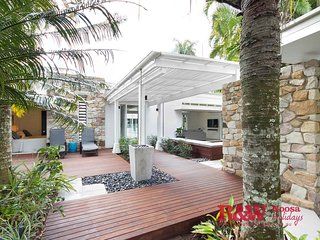 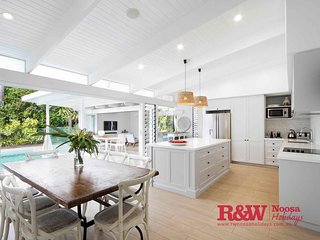 Very good - based on 4 reviews
Write a Review

As a Brit visiting Australia my family from Brisbane and from Melbourne met me in Noosa and we stayed at Cooran Court. The house is beautifully appointed, comfortable and exceptionally well equipped. With 7 of us staying of mixed ages we never felt in each other’s way and were really comfortable. With Hastings Street a 15 minute walk and the Ferry stop 5 minutes away it was easy to get around. The taxi firm recommended were also highly efficient and helpful.
The house is exactly as the pictures show and we had a wonderful stay. We all would love to return.

Date of stay: November 2018
Was this review helpful? Yes
This review is the subjective opinion of a TripAdvisor member and not of TripAdvisor LLC
Problem with this review? Thank you. We appreciate your input.

It is the second time we have stayed at this Noosa Beach house.We were pleasantly surprised as the house has been completely renovated since our stay last year.A great location only a 5 minute level walk to Hastings street and only minutes to some great restaurants(Wasabi a must) on the river.

We have already booked for next year!!

Date of stay: July 2018
Would you recommend this hotel to a friend?   Yes.
Was this review helpful? Yes
This review is the subjective opinion of a TripAdvisor member and not of TripAdvisor LLC
Problem with this review? Thank you. We appreciate your input.

We stayed at 9 Cooran Court in February/March 2017,myself, my wife, our son and daughter in law together our 20 month old twin grandchildren. Before I put this review on line I thought it was only right that I should contact the agents beforehand which I did but as they had already been paid they showed no real interest at all.
Generally the property follows its description and looks more or less as it did in the photographs. The location was excellent as it meant we could walk to the beach and Hastings Street in 20 minutes.
Unfortunately there was one serious problem which really spoiled our holiday. The first time we used the pool, we immediately realised that the property could have been a death trap not only for the boys, but for adults as well.. When the tiles both inside the house and outside around the pool got wet, as they will with a swimming pool, it was like an ice rink as the tiles were NOT non-slip. On two occasions one of our grandsons slipped and cracked the back of his head hard on the tiles and the other slipped but luckily was caught by me as I also slipped in the process but managed to break my fall with one hand. We were lucky that the injuries were not more serious otherwise there would have been a claim for compensation. As a result we were unable to use the pool for the rest of our stay. Quite frankly what is the point of renting a house with a pool if its too dangerous to use it.
Unfortunately not using the pool didn't avoid the problem as we had some rain during the week and the outside tiles were still too slippery to walk on especially in bare feet.
We even had a problem in the kitchen area with the tiles when water was either splashed or spilt on the tiles. Unfortunately the difficulties caused by the slippery tiles detracted from our holiday.
In addition there were two other concerns. The first was the presence of cockroaches in the bed in the master bedroom on the night we arrived.
The second was the appearance of rats each evening particularly when we were eating outside. I mentioned this to the maintenance guy who told me that it was probably due to the recent dry weather. The rats were totally unconcerned that humans were around and didnt scare easily. This again was a big issue with us because of our 20 month old boys but also because we really didn't want to barbecue and increase the likelihood of the rats joining us, which they did on the two occasions that we did.
I called at the agents office midway through our stay and although the lady was very pleasant and friendly she couldn't offer any solution to the problems.
On our return home from holiday I emailed the agents, Richardson & Wrench, who in summary said they were sorry for our inconvenience but the tiles had been treated with a non-slip coat and it would be done again, we should expect cockroaches in the beds, and they were probably possums not rats. We all saw them and know a rat when we see one. In other words they had our money and weren't interested in compensating us for our problems.

Date of stay: February 2017
Would you recommend this hotel to a friend?   No.
Was this review helpful? Yes
This review is the subjective opinion of a TripAdvisor member and not of TripAdvisor LLC
Dear Mr. Hothellman

Thank you for your feedback.

While we regret that your holiday experience was marred by these experiences we would like to respond to the points you have raised. This property has been enjoyed by over 100 guests dating back to 2007 and we have not encountered these issues in the past. We do understand and appreciate that cultural differences may influence guest expectations. On that basis we offer the following response.

In Australia, ceramic tiles are the preferred covering for both pool surrounds and most internal wet areas such as bathrooms and kitchens. When wet, tiles are generally slippery and care must be taken. While there is no requirement that tiles have a non-slip coating, the outdoor tiles at this property have had a coating applied. A slip test was conducted after your departure and it was found that the tiles were not excessively slippery. However, following your correspondence we undertook reapplying a non- slip coating to these tiles.

Australia has amazing fauna and a few less desirable imported varieties. Both cockroaches and rats fall into the latter category. This property as well as all our properties are treated for cockroaches on a regular basis. This prevents infestations but from time to time individual arthropods can enter into properties through open doors and any treatment is not immediately effective.

While there is no doubt that rodents are present in Noosa, as they are just about anywhere, they are rarely seen. Those that are present (I’ve only seen a few rats after 30 years residence) generally stay in the shadows and avoid any exposure to human activities. There are numerous marsupials in Noosa and these nocturnal natives move openly after sunset, as such are easily spotted.
R&W Noosa Holidays do care about their guests and will always respond to concerns and do what we are able to address any issues in a timely manner.

Brian, Property Manager
This response is the subjective opinion of the management representative and not of TripAdvisor LLC
Problem with this review? Thank you. We appreciate your input.
Previous Next
1 2
Updating list...
Do you own a holiday rental? List it here.

Looking for a place to stay in Noosa?
View all 402 holiday rentals