US$55
US$50
View deal
Free cancellation until 03/06/22
Agoda.comUS$55
Trip.com
StayForLong
View all 7 deals
Prices are the average nightly price provided by our partners and may not include all taxes and fees. Taxes and fees that are shown are estimates only. Please see our partners for more details.
Gunnar76
Hamburg, Germany
85

Welcome in the hell

The hotel canceled the booking immediately AFTER I left. In addition, higher costs were charged than originally booked with Agoda. The price booked according to the booking confirmation was USD 52.65. I had to pay $ 65 USD. If I refused to pay the higher amount, the security staff was called and I was threatened with the police. For this reason, I then paid the higher amount.
In general, the hotel is not recommended. Insanely loud music is played all day long, so that you can neither hang out at the pool nor on the beach. The horror ended at 11 p.m. at night.
In response to my complaint, I was told that I was a white guest in the country and had to accept it as it was a hotel for black people.
The food and the service in the reestaurant was disgusting and extremely expensive. We ordered chicken, waited an hour even though there were no guests in the restaurant and got chicken breast without any side dish. The waitress forgot to ask for it.
All in all a terrible experience. I will never visit this hotel again!More 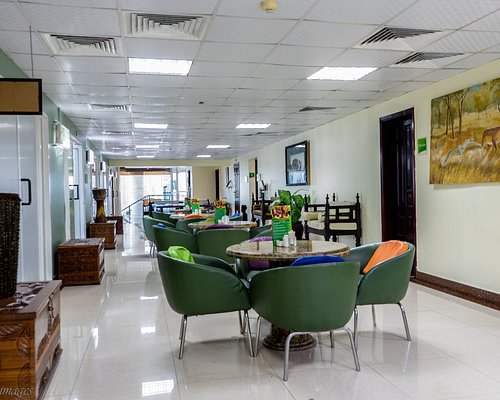 Breakfast included
Sea Cliff Hotel
US$312
US$206
Tripadvisor
View deal
Free cancellation
Pay up to 12X
Preferred Hotels
Expedia.com
US$206
ZenHotels.com
US$312
View all 14 deals from US$206
691 reviews
13.0 km from Kijiji Beach Resort 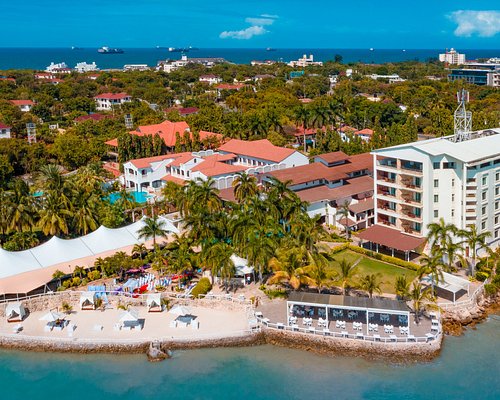 Taking safety measures
We compared the lowest prices from 13 websites
Hyatt Regency Dar es Salaam, The Kilimanjaro
US$262
US$190

Expedia.com
View deal
Free cancellation
Pay up to 12X
Tripadvisor
US$190
Hotels.com
ZenHotels.com
US$262
View all 16 deals from US$190
1,023 reviews
6.7 km from Kijiji Beach Resort

We stayed here for 2 nights. Nice and cousy bungalows with clean bathroom. Staff was very friendly! The hostess helped us with everything and Ali was a very nice waiter! Free wifi in the room and on the beach. Good lunch and diner menu for a reasonable price. Pizza and grilled chicken for under 6 dollar each!

This review is the subjective opinion of a Tripadvisor member and not of TripAdvisor LLC.
CarlBosser
Dar es Salaam, Tanzania
8111
Reviewed 30 December 2019
Swimming, games and fun on the beach

It was day filled with lots of expectations to have fun and games on the beach but it needed up to be a rather rainy day with more time spent in the swimming pool.... with water sports and music that left the people enjoying under the circumstances.

This review is the subjective opinion of a Tripadvisor member and not of TripAdvisor LLC.
787kishanm
22
Reviewed 25 December 2019
Best location but worst service

The beach and the resort has an excellent location and well maintained. I reached there by 11 am. I ordered drinks for my friends and myself. To my surprise, all the waiters were in a meeting with their boss and no one brought the drinks till 45 min passed. When it came to pay the bill. They simply brought the receipt with total amount without any breakdown of items we consumed. We had to spend 20min with the waiter to list the things we consumed. We were charged almost 25000 tshs extra with no account for the money. I asked to see the manager but non of the waiters responded to my plea. It isn’t a very good hospitality. Honestly it is a very good place to go out with family and friends but the service and honesty needs to improve.

If you need more clarification kindly contact me on my details below.

This review is the subjective opinion of a Tripadvisor member and not of TripAdvisor LLC.
Jeudeth
Dar es Salaam, Tanzania
1
Reviewed 28 November 2019
My experience at Kijiji Beach Resort.

I had a family and friends dinner at Kijiji which was from around 07:00 EA time.
Kijiji beach hosted my sisters graduation. The toilets were poor and dirty.
The food was wonderful and the man serving us was beyond wonderful and funny.
You can charge your phone- while eating so feel free to carry your charge however areas close to the ocean don't have charging spots.
It was at night and you get a taste of the wind blowing and a nice view if ships waiting to embark.
I would reccomend it for someone who needs some solo time alone or with someone.
If there is a place you can earn privacy, this is the place.
However, the toilets were in poor state, water was all over the place and it was stinky and dirty.
That's my experience. I hope it is helpful.

This review is the subjective opinion of a Tripadvisor member and not of TripAdvisor LLC.
mrahulr
Kampala, Uganda
2110
Reviewed 28 November 2019
Poor hotel

The breakfast is pathetic beyond words and inedible to the truest sense as the spread is limited ,un cooked ,served right out from the freezer , juices served are not what you expect but the worst you can imagine

All in all waste of money