Value for what you pay - Grand Jomtien Palace Hotel

US$64
US$27
View Deal
SAVE US$37
Expedia.comUS$38
eDreamsUS$45
getaroom.comUS$64
View all 13 deals
Prices are the average nightly price provided by our partners and may not include all taxes and fees. Taxes and fees that are shown are estimates only. Please see our partners for more details.
kennethsoneback
Askvoll Municipality, Norway
11722

Value for what you pay 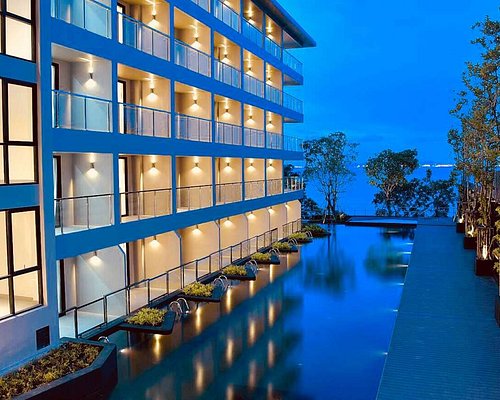 Breakfast included
Sponsored
Golden Tulip Pattaya Beach Resort
US$47
Booking.com
View Deal
Free cancellation
Trip.com
US$36
eDreams
US$47
ZenHotels.com
US$70
View all 12 deals from US$36
346 reviews
We compared the lowest prices from 12 websites Hotels.com
View Deal
Pay up to 12X
Booking.com
US$31
FindHotel
US$18
StayForLong
US$39
View all 16 deals from US$18
71 reviews
9.2 km from Grand Jomtien Palace Hotel
We compared the lowest prices from 16 websites 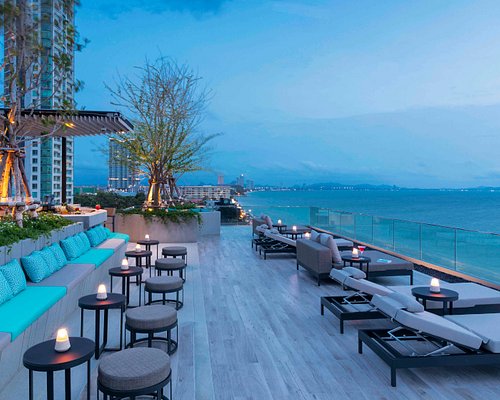 Hotels.com
View Deal
Free cancellation
Pay up to 12X
Expedia.com
US$110
Agoda.com
US$94
StayForLong
US$135
View all 14 deals from US$94
6,129 reviews
8.1 km from Grand Jomtien Palace Hotel
We compared the lowest prices from 14 websites
52% less than usual
D Xpress Apartments
US$28
US$11

Expedia.com
View Deal
Pay up to 12X
Hotels.com
US$83
Trip.com
US$61
Booking.com
US$83
View all 12 deals from US$61
3,035 reviews
7.2 km from Grand Jomtien Palace Hotel
We compared the lowest prices from 12 websites
Grande Centre Point Pattaya
US$78

Hotels.com
View Deal
Free cancellation
Pay up to 12X
Trip.com
US$75
Expedia.com
US$78
ZenHotels.com
US$158
View all 15 deals from US$75
154 reviews
7.3 km from Grand Jomtien Palace Hotel
We compared the lowest prices from 15 websites
Page 10 Hotel
US$43

We arrived at the hotel 2pm. No body came to greet us of help with our bags. This despite at least 3 hotel staff in the lobby checking their phones as we arrived. The check in process was a farce. 1 lady who seemed to know what she was doing was constantly interrupted / her work checked by people who gave me the impression they didn't know what they were doing. We were the only guests checking in and this whole process took at least 20 mins. We arrived at our room and i have to say we were happy with the room. Although we did ask for a non smoking room and requested a double bed. We got neither. The fridge was never re stocked during our stay. The picture of the gym on this site i now know was taken in 2015. The machines are old, dont work properly and seating is held together with tape. Both swimming pools are very nice and clean and good for swimming/relaxing. The food at the pool side and Hexagon restaurants was excellent in both taste and value. The majority of guests at the hotel were Russian. Staff were falling over themselves to help these guests, however twice in the lobby bar my request for a beer was simply ignored by staff again seeming more interested in their phones. It's a large hotel and their were issues with the lifts throughout our stay. The hotel is in an excellent location for access to the beach and local bars , restaurants and shops. Would we go back?- probably not.

This review is the subjective opinion of a TripAdvisor member and not of TripAdvisor LLC
ElliotJ2322
Bangkok, Thailand
52
Reviewed 3 September 2018 via mobile
The worst experience I have had in Pattaya

I and my friends stayed at the hotel for one night during the last weekend as we wanted to get away from Bangkok, even for just two days. Upon arrival, the check-in process was okay, it did not take much time. After entering the room, I noticed that there were no wine glasses available at the minibar, so I decided to call the operator to ask them to bring us some and she said it will be delivered to the room in a few minutes. Ten minutes later, no one came to my room. Instead, there was a call to my room from the reception informing me that "there were no banquet staffs available" and asking me if I could go down and pick them up myself. So I went down, and by the time I arrived at the reception, the staff was still polishing a cheap-looking wine glasses, they all looked dirty and dusty but I had no choice.

By the way, I and my friends stay in a connecting room (deluxe sea view) on the 8th floor, the room was old and in need of a big maintenance. The best part was the view. After hanging out in the room for a while, it has come to my attention that the air-condition in my room was not working properly compared to the one in my friend's room, the air did not come out much and the temperature was not cool enough, despite the fact that I had tried adjusting the temperature at the panel already. So I called the maintenance. After checking it, he said that the fan was broken and it would take some times to fix it. I was no satisfied at all and decided to ask the reception if we could move the room. They moved us to another room within the same room type, on a lower floor (5th floor) the room was fine.

After going out with my friends, I got back to the room and decided to have a nice bath. As I was filling the tub, I had a hard time adjusting the temperature. So I called the maintenace again, by that time, it was already almost 1 am in the morning. The maintenance did not arrive so quickly. After checking, he said that the pipe on the other side where cold water comes out was clogged and it was impossible to fix. I was exhausted and just wanted to take a rest, so I came down to the reception to move the room. There did not even apologize, they looked rather unfriendly to me. They moved us to the room next door (I was staying in 504 they moved us to 503) When I warrived in the room, the door to balcony was somehow left widely opened, which was not appropriate in any way. But I had to take that room as I was sick of having to go down and change the room again.

The breakfast was good

This hotel completely ruined the charm of my trip and will not stay here again.

This review is the subjective opinion of a TripAdvisor member and not of TripAdvisor LLC
K2455ZAgregm
Takhli, Thailand
4426
Reviewed 28 August 2018
A hotel that needs to lift its game!

A hotel that needs to lift its game! The check in process was awkward and lengthy due to the staff initially not being able to find the booking. Moreover, the staff seemed disengaged and seemed unfriendly and not polite with the guests upon arrival.
The hotel caters essentially to the Chinese and Russian tour groups and this was reflected with the breakfast offering each morning which was Chinese cuisine and very basic European.
The hotel was somewhat overpriced given the amenities on offer and the hotel really needs an update sooner than later.
Good points: The room was good being clean and also has a good sea view.
The wifi worked well and was free. The hotel is across the road from a good beach, there are several pools within the hotel complex that were popular with the guests and there was a selection of restaurants within, and exterior to the hotel.

Room tip: The top floor does not offer a lift so you will have to use one flight of stairs
Ask K2455ZAgregm about Grand Jomtien Palace Hotel
1  Thank K2455ZAgregm

This review is the subjective opinion of a TripAdvisor member and not of TripAdvisor LLC
zacky2
Chiang Mai Province, Thailand
1413
Reviewed 15 July 2018 via mobile
Customer service is really amazing

First of all the two pools are the most beautiful I’ve seen since being in Thailand, The welcoming I got in the reception wise beyond service since check-in is at 2 o’clock and they accommodated my daughter and I at 11! Upon entering my room there was a welcome card with flowers that said welcome Zachary !Piwawan At the reception desk helped me set up my Wi-Fi when I couldn’t login. I was given information on what to do and where to go for my child I am just so overcome with gratitude. Such a nice atmosphere to be in specially since Patty is a big city

This review is the subjective opinion of a TripAdvisor member and not of TripAdvisor LLC
isabel p
Vienna, Austria
501227
Reviewed 8 March 2018
don't know how some hotels get their stars