Oscar Hotel
Lowest prices for your stay
Lock in the lowest price from these sites
US$15
Free cancellation until 16/04/21
Reserve now, pay at stay
View deal
PricelineUS$15
Agoda.comUS$15
Prices are the average nightly price provided by our partners and may not include all taxes and fees. Taxes and fees that are shown are estimates only. Please see our partners for more details.
JosephSpendlove
Derby, United Kingdom
197

Ok if you need East Bank

We choose this hotel as it was close to the train station and we needed someone close as we were arriving late at night. It was ok. Service, clean and room all ok. Nothing outstanding. Ok value for money, however West Bank much more better value and enjoyable.

Trip type: Travelled with friends
See all 14 reviews
Nearby Hotels 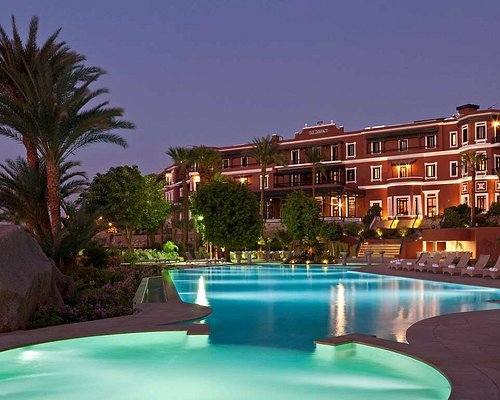 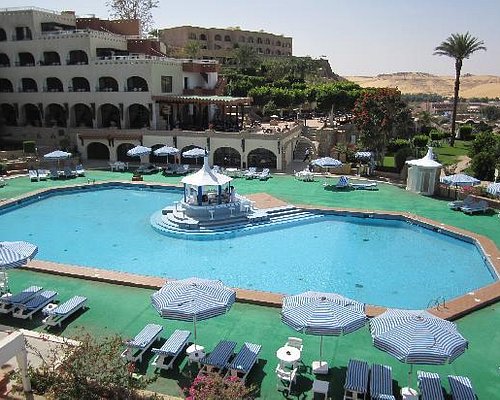 Expedia.com
View deal
Free cancellation
Reserve now, pay at stay
Hotels.com
US$78
Trip.com
US$44
Booking.com
US$78
View all 14 deals from US$44
418 reviews
2.2 km from Oscar Hotel
We compared the lowest prices from 14 websites

Expedia.com
View deal
Free cancellation
Pay up to 12X
Tripadvisor
US$56
eDreams
Trip.com
US$83
View all 14 deals from US$56
69 reviews
5.2 km from Oscar Hotel
We compared the lowest prices from 14 websites
Breakfast included
Basma Executive Club
US$77
US$69

Really not that bad. If you look at it in function of the price it's really not the worst. Big room, with fridge and bathroom.
Reception girls barely speak English but with a bit of effort you'll manage.
One of the staff members knocked repeatedly on our door to try and sell us all kinds of stuff from alcohol to viagra. Bit of a negative point

This review is the subjective opinion of a TripAdvisor member and not of TripAdvisor LLC
Ramon T
Emeryville, California
6683
Reviewed 2 July 2016
A Really Cheap Hotel in Aswan

I wanted to stay at a really, really cheap hotel in downtown Aswan and I found it. Not for the fainthearted, this hotel has seen better days. This hotel was something out of a set for "The Bourne Supremacy". I didn't expect much for 13Lbs Egyptian but the AC worked and there was adequate hot water and that was good enough for me. It would have been nice if there was a small fridge though.

The staff was cool once you got to know them. The big boss "Madame" was pleasant enough but didn't speak English and neither did Ana, her assistant during the day. Peter, the night concierge was swell and spoke perfect English and we spent a lot of time shooting the breeze in the evenings. Isaac, who was the midnight to morning concierge and doubled as the driver. He was fun to be with when I booked a tour of the Upper Aswan Dam and the St. Simeon Coptic Monastery.

This review is the subjective opinion of a TripAdvisor member and not of TripAdvisor LLC
151Ryan
Fortuna, California
46
Reviewed 3 July 2014
Lonely Planet was wrong!

My (obviously) outdated Lonely Planet guide book said that the Oscar was a "traveller's favorite" with a pleasant rooftop terrace, complete with Stella beer. This place was a dump. Even by Egyptian budget hotel standards. The younger woman at reception was pleasant enough, but the older lady in charge was extremely surly and unwelcoming. The room hadn't been cleaned in a very long time, and there was leftover food covered with ants between the two beds. A hole in the bathroom window had been plugged with wadded up garbage bags. There was an inexplicable circular hole about 3 inches in diameter right through the bedroom wall to the outside. While the room did have an air conditioner it was completely non-functional. Worst of all there was NO rooftop terrace, and NO Stella beer available. Don't even waste your time on this craphole, there are several other adequate budget hotels in Aswan that cost the same and are far better.

Room tip: Pick a room in another hotel! This place is crap!
Ask 151Ryan about Oscar Hotel
4  Thank 151Ryan

This review is the subjective opinion of a TripAdvisor member and not of TripAdvisor LLC
fll7jkh
Leeds, England
45105
Reviewed 15 October 2006
Visit Oscar at your peril....

We stayed at this hotel for two nights after booking it through STA. Although we are not adverse to staying in cheaper, budget-type hotels we found the Oscar to be pretty dire all-round.
After a confused check-in (no-one really spoke any English) we were shown to our room and after the half an hour we needed to unpack and have a shower the bumbling receptionist knocked and asked us to move rooms, with no explanation. With him loitering disconcertingly we rammed our things back into our bags and we moved to a seemingly identical - apart from the presence of a fridge - room. The only other difference was that sink tap leaked so badly we resorted to using the bath to clean our teeth.

While the room was fairly spacious it wasn't altogether clean with the walls and ceiling in desperate need of a re-paint.
having stayed in many hostels, back-packer type places we probably could have lived with it although compared with what we have paid for hotels in other Egyptian cities it represented very poor value for money.

After the farce with the room change breakfast proved to be a similar challenge. After being told it was on the ground, then the 1st floors we finally followed the waitress/chef/dogs body to the 4th floor where she unlocked a drab, dusty and dark dining room from another era, which didn't look like it had been used for some time. She then prepared us an adequate if basic meal for us (jam, hard boiled eggs, bread, black tea).

Check-out was equally shambolic with confusion rife over the fact that we had paid for the room in England.

Whilst the hotel isn't on the Nile along with virtually all the other hotels the location isn't all that bad as you are right by the souk and just about walking distance to most things and only 5-minute walk to the train station. Being where it is you also get a good insight into local life however is this enough to justify staying here? Probably not. Especially not at £13 UK we paid for the room per night (compare this to St Josephs in Luxor at £16 a night).