US$58
US$47
View deal
Free cancellation until 11/06/22
Trip.comUS$50
Booking.comUS$53
PricelineUS$58
View all 15 deals
Prices are the average nightly price provided by our partners and may not include all taxes and fees. Taxes and fees that are shown are estimates only. Please see our partners for more details.
minchae
Johor Bahru, Malaysia
24

Our room was located at 8th floor,3 person. The staff was nice, named Emily if I am not mistaken. For Hong Kong standard, the bathroom and shower was good for Asians sizes to fit in but I'm not sure for a 6'2 height.The safety box was on low battery, couldn't get our things out and we need help from the staff. Despite a 3 persons room, 2 towels was given.But I believe you can ask for one more.The hotel is a little bit far from Prince Edward station.I would say around 800m.(Maybe there's nearer stations but I didnt realiesed).At night, it could be dark when you walk back along the streets as most shops are closed.The rooms can be improved by having more power plugs.More

WM Hotel
US$280
Booking.com
View deal
Free cancellation
Trip.com
US$272
Priceline
US$307
Agoda.com
US$307
View all 5 deals from US$272
27 reviews
13.2 km from Lander Hotel Prince Edward
We compared the lowest prices from 5 websites 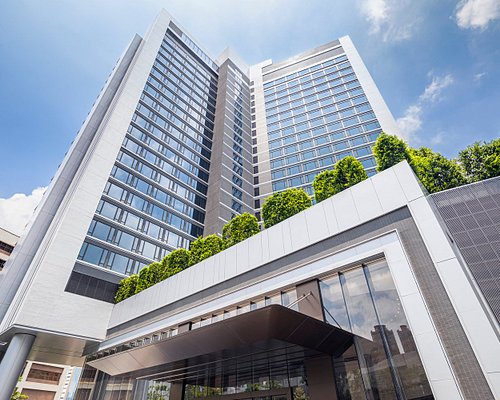 Expedia.com
View deal
Pay up to 12X
Hotels.com
US$35
FindHotel
US$30
Travelocity
US$35
View all 13 deals from US$30
226 reviews
1.7 km from Lander Hotel Prince Edward
We compared the lowest prices from 13 websites
Breakfast included
Sponsored
Holiday Inn Express Hong Kong Kowloon Cbd2, an IHG Hotel
US$76

I just went back from Hong Kong for 1 month. I went there on 18 July. First time I booked hostel in Chungking mansion but when we went there it had no room for us because they said that our credit card was invalid. We had to find new one. Then we found this hotel. It was close to Prince Edward station. Little room but cozy. The staff was very friendly and helpful. Next time it will the hotel i stay in Hong Kong.

This review is the subjective opinion of a Tripadvisor member and not of TripAdvisor LLC.
Kimi A
Taguig City, Philippines
3720
Reviewed 13 July 2015
So hard to find!

I'm used to the small rooms in HK, so this was not a surprise. My parents and I stayed at a triple room, which had a double bed on 1 side and a single bed right in front of the door. The room was generally complete, with a table, 2 TV sets for each side, hanging closet, toiletries, and such. We had to ask for extra towels and slippers though as it seemed like the room was prepared only for double occupancy.
The bathroom was small. I had to sidestep into the bathroom just to be able to close the door, and I am already a small person. I could literally wash with the shower head from the toilet. At least it was clean and water did not run out and easily adjustable to the right temperature.
Everything is generally OK. The elevators were small but functional enough. The staff were accommodating though not all were proficient in English.
The worst thing actually is the location. It is about 800m from Prince Edward station and is not even that well-known that shopkeepers along Tai Nan street did not know where it is. We had such a hard time finding the hotel!

This review is the subjective opinion of a Tripadvisor member and not of TripAdvisor LLC.
Iamritz
Calgary, Canada
2213
Reviewed 13 July 2015
extrememly small rooms but clean

Hotel is pretty ok, clean and tidy. Rooms are small but ok for a single person. Close to Prince edward MTR and local markets. Computer market is close. Wifi is good, No food service available in hotel you have to get your own food from outside. McDonalds is on 2 minutes of walk. Other local restaurants are on opposite side. The best thing about this hotel is you can pay for half day if you have to check out before 6 pm.

This review is the subjective opinion of a Tripadvisor member and not of TripAdvisor LLC.
Matches C
12
Reviewed 23 April 2015 via mobile
Rooms are too small

The hotel is ok. It's clean and quite neat. The 1 receptionists English was not too bad.
Only problem is that the rooms are tiny..... There is literally not enough floor space to open your suitcase.one person has to stay in the bed while the other changes, because there is not enough floor space for 2 to stand. The bathroom is jam packed tight aswell.

The walls are also very thin it seems, so you can often hear what your neighbors are up to.

Anyway, it did the job and we atleast slept well.

This review is the subjective opinion of a Tripadvisor member and not of TripAdvisor LLC.
luckythechi
Sydney, Australia
21
Reviewed 27 January 2015 via mobile
Extremely small room

Rooms were extremely small. There was no room to put our luggage. The rooms were smaller than advertised. Toilet was blocked and was not fixed til the next day.

Customer service was poor. No greetings by hotel staff.

This review is the subjective opinion of a Tripadvisor member and not of TripAdvisor LLC.
View more reviews
PreviousNext
1…678…