Nice spot but our room was infested with rats, ants and mould. There were food crumbs every and the fridge stank of rotten sambal.

This place would be amazing if they put some effort into maintaining it, or at least cleaning it.

See all 573 reviews
Nearby Hotels

Hotels.com
View Deal
Free cancellation
Pay up to 12X
Agoda.com
US$37
Booking.com
US$40
getaroom.com
US$42
View all 14 deals from US$37
605 reviews
24.7 km from Permai Rainforest Resort 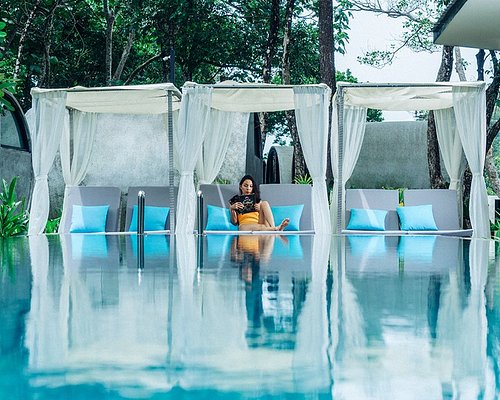 Breakfast included
The Culvert Hotel Resort Kuching
US$56
Booking.com
View Deal
Hotels.com
US$56
Agoda.com
US$42
Expedia.com
US$56
View all 11 deals from US$42
178 reviews
2.9 km from Permai Rainforest Resort

Taking safety measures
We compared the lowest prices from 11 websites 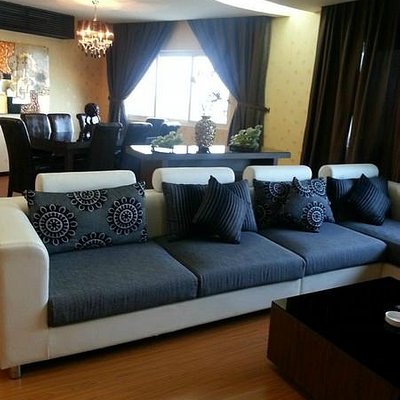 Breakfast included
Penview Hotel
US$27
US$20

Agoda.com
View Deal
Hotels.com
US$15
Trip.com
US$13
Expedia.com
US$15
View all 9 deals from US$13
0 reviews
We compared the lowest prices from 9 websites
Roxy Hotel and Apartments
US$28

Hotels.com
View Deal
Free cancellation
Booking.com
US$30
Agoda.com
US$24
Expedia.com
US$28
View all 10 deals from US$24
5 reviews
27.8 km from Permai Rainforest Resort
We compared the lowest prices from 10 websites
Merdeka Palace Hotel & Suites
US$39

Hotels.com
View Deal
Free cancellation
Reserve now, pay at stay
Agoda.com
US$29
Trip.com
US$27
Booking.com
US$41
View all 12 deals from US$27
282 reviews
22.2 km from Permai Rainforest Resort
We compared the lowest prices from 12 websites
UCSI Hotel Kuching
US$36

Agoda.com
View Deal
Hotels.com
US$62
Trip.com
US$34
StayForLong
US$79
View all 12 deals from US$34
23 reviews
23.3 km from Permai Rainforest Resort
We compared the lowest prices from 12 websites
10% less than usual
Breakfast included
Imperial Hotel Kuching
US$51
US$35

We stayed in one of their tree houses and loved the experience. The resort is nestled in the jungle right on the coast and we saw a couple of proboscis monkeys swinging through the trees right in front of our tree house as well as an endemic Borneo skink on our balcony. We did the jungle hike to a nearby waterfall which was a highlight of our Malaysia vacation. The room also included breakfast and dinner making the price even more attractive. But don't expect modern 5-star accommodations, that's not what this place is about. Think of it as jungle camping but with a roof over your head, a toilet and air-conditioning :-). If you have the right expectations, this hotel is a good choice.

This review is the subjective opinion of a TripAdvisor member and not of TripAdvisor LLC
Werner B
Dublin, Ireland
6647
Reviewed 8 January 2020
Great treehouses

This hotel was used by our travel agency as basis for exploring some nearby parts of Sarawak. Apart from the wonderful Sarawak Cultural Center, which is 5 minutes walk away, you will need transport arranged as it is well outside Kuching and adjacent towns. The location insiode a rainforest reserve is wonderful and the (almost natural) rainforest pool original. We had a large treehouse which was spacious, well serviced and very clean. Definitely the best aspect of this hotel. The staff are very nice and committed but somewhat inexperienced. However, the restaurant was well below our usual standard, mainly serving - at best average - buffet food. One evening we were apparently the only guests and got to chose from the a la carte menu which was quite a step up in quality and presentation.

Room tip: Definitely worth going for a large treehouse if you can afford it
Ask Werner B about Permai Rainforest Resort
1  Thank Werner B

This review is the subjective opinion of a TripAdvisor member and not of TripAdvisor LLC
brucel15
Singapore, Singapore
5726
Reviewed 1 January 2020
Read all the reviews on Tripadvisor before booking to avoid disappointment.

We were grateful for all the reviews we had read on Tripadvisor before arriving at the resort. Absolutely every one of them turned out to be helpful. We went along with low expectations and therefore were not disappointed. What a shame! The place has so much potential!

This review is the subjective opinion of a TripAdvisor member and not of TripAdvisor LLC
Fruitus
Doha, Qatar
12373
Reviewed 22 December 2019 via mobile
Great location, everything else poor

First the good: location fantastic, the only noise is the crashing of the waves, the insects, birds and animals in the jungle, the rain and thunder, amazing. I stayed in a treehouse and it was exactly what I wanted, a balcony surrounded by trees and jungle plants. My treehouse had a functioning A/C and a good shower with hot water. The jungle paths around the place are lovely and you will see amazing plants and wildlife.

The bad: oh lord where to begin? Basic training of staff would help, so that at least one person in the place knows what there job is; nobody seems to know what they should. Like others have commented I went to ask about activities, the reception staff knew nothing or told me that most of the activities weren’t available. One ventured to tell me best go somewhere else for what I wanted. The room is “cleaned” by that I mean they come and change the bedding daily, or just make the bed, they give the floor a bit of a sweep and the bathroom floor a once over. The room hadn’t had a deep clean or spruce up for years. I didn’t mind as I was prepared to rough it a bit, but let’s face it, these prices aren’t rough it prices in Asia, you can stay in the Hilton in Kuching for less than this. The cafeteria; If there are more than just a few guests staying they do buffet style, which is food at its most basic. If there aren’t enough people you can order a la carte, which is hit and miss, I’m guessing depending on which “chef” is working. Can be good, can be very average. During my stay, which was a long one, purely to enjoy the jungle, I ordered the same thing 4 times from the a la carte menu and each time it came it was completely different, meaning the “chefs” are just making it up as they go along. One night it was great, the other nights poor to abysmal. They don’t serve beer or any alcohol!! Let that sink in! What do you want after a long hot sweaty day except some good food and a cold glass or wine or beer. They don’t deliver on the good food and they seem amazed you might want a beer! Most of the treehouses are in a horrible state of repair, I think I got one of the better ones because of the length of stay, they look serviceable from inside but if you look across to your neighbor’s roofs you’ll see big holes, many missing shingles, trees growing from the accumulated leaf litter piled on the roofs. I thought the two treehouses next to me were uninhabitable from the look of them from the outside, but sure enough, come the weekend when they got a little busy, there were guests staying in them.
I stayed here 7 years ago with my girlfriend, for a few days, it was OK, and they served beer then. Nothing has been modernized or refreshed since except they seem to have spent all their profits on two large modern treehouses at the far end of the site near the second beach, they should have spent the money renovating their existing structures instead. If you want a day or two in the trees of a rainforest and don’t mind poor conditions, this place is great for a day or two. It’s way too expensive for what it is though.
Also, like other guests, I had my snacks and a whole box of sugar ransacked from my room by a squirrel, even though all the doors and windows were closed, the staff didn’t seem surprised when I told them, but obviously there are large holes in the rooms somewhere for them to get in.
Tl:Dr : great location, everything else very poor, and way too expensive.

My friend & I stayed at the treehouse for 3 nights. The cabin’s really cosy & blessedly, mosquito free. Water pressure for the shower is great too with adequate hot water. If there’s only 2-3 people staying at the lodging at any time, then meals will be ala carte - which thankfully, my friend & I got to enjoy for 2 days before more people joined & the meals became buffet-style which weren’t as great. In fact, you need to reach earlier just so you can catch most of the buffet. Kudos to the chef for the amazing meals we had there! For 2 days, our packed food (chips, cup noodles) were scavenged while we were out, leaving the room in a mess & the staff told us it was the squirrels so I advise anyone who stay here to keep all food locked in your suitcases. The transport was a complete rip off. Take everything, from the resort’s emails to the fee information, with a huge pinch of salt. The email to us told us it was RM40 per person per way from the airport to the resort. We asked the driver to stop us at the city center for a short meal, only to find out he charged us for that on the last day when we had to make payment. The price per person per way became RM80, twice the amount the email initially stated. So was the transport back to the airport, instead of RM40 per person, it became RM70. We also did a city trip & the price the receptionist told us was RM20 per person per way but on the last day when we had to make payment, it became RM70. When we brought this up to dispute the payment, the receptionist said the earlier fees were wrong & this was what the driver charged. Similarly, the fee back to the airport was because we took the transport after 4pm, which nobody told us would be more. In other words, they charge the transportation on the whim because when we disputed it, the receptionist refunded us back RM60. The entire journey to/fro airport & resort should have been RM80/person (2 ways) instead we paid RM150, nearly double that what was told to us. Also the ride to the airport was in a car with a passenger already inside, a complete stranger & when we asked the driver, he just said yes there’s another person but that lady did not drop off at the airport when we did. If this resort wasn’t in the woods, Grab or GoJek would have definitely been the best & cheaper option. In fact, maybe try that instead of getting scammed. The resort should stick to the prices stated to guests instead of allowing or even joining external drivers that they engage to cheat customers who stay there.