US$97
US$42
View deal
Booking.comUS$56
PricelineUS$56
HurbUS$97
View all 18 deals
Prices are the average nightly price provided by our partners and may not include all taxes and fees. Taxes and fees that are shown are estimates only. Please see our partners for more details.
Matadori
Oulu, Finland
63

Good location and safe environment. Hotelrooms have seen their best days, but for me they were ok. Breakfast is awesome. Check that fruit-table. Pool-area is pretty small. Staff is friendly and helpful, but only few speaks english.

See all 2,313 reviews
Nearby Hotels 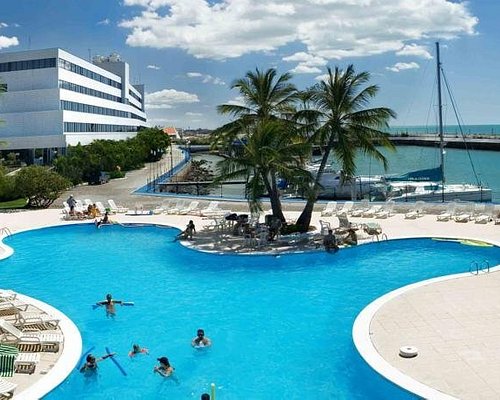 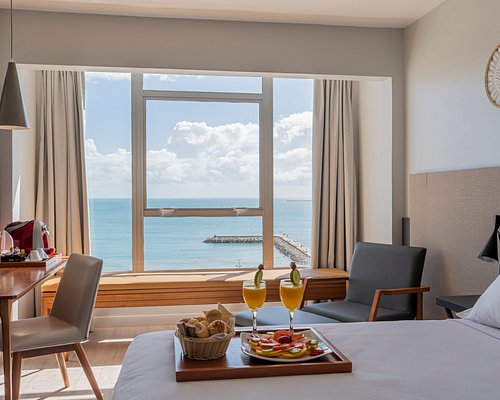 Our stay was quite pleasant.The only hiccup was at the receptionist when she took some time to get us into our room.
The full buffet,Brazilian and regional foods were welcomed by myself and spouse.Lots of choices.People were just relaxed and enjoying their meals.
Maybe for business it may not be ideal as it does have a laid back feeling .
For a short stay to get away from the bustle,I fully recommend.

This review is the subjective opinion of a Tripadvisor member and not of TripAdvisor LLC.
Luis_de_Zaragoza
Zaragoza, Spain
361198
Reviewed 27 January 2013
Not a business hotel, and not a 1st Class Tourism hotel

I had a very short stay, only 1 night, with very late arrival for a business trip. It was enough. Non working wifi in the room. Breakfast very basic. And the hotel crowded with people on trunks and flip-flops; of course included the lifts, absolutely incapable to cope with the demand. Never again for business; but even never again for leisure.

This review is the subjective opinion of a Tripadvisor member and not of TripAdvisor LLC.
vdbgeo
Brussels, Belgium
3521
Reviewed 4 September 2012
Would not recommend

The hotel is in a nice location right on the beach and from the outside it looks not too bad, staff is helpfull and overall the hotel is clean and well maintained; the problems with this hotel seem to be hidden underneath the surface.

The facade of the hotel from the bottom to the roof consists of nothing more than a single layer of glass, missing any kind of insulation (both against heat and sound).

Room furniture seems to have been rescued from a refurbishing operation at the sister hotel Seara Praia (...the control panel next to the bed still carried the Seara Praia logo).

The small rooms look basic and lack any sound proofing; in addition housekeeping staff is very noisy (music, hard talking, doors banging, ...) which makes it a challenge if you want to rest or do some reading/working in the room.

Bed and mattress was fine.

The hotel lacks a central airconditiong system; individual airconditioning units in the room are noisy and hard to control (either on or off, nothing in between) and the airflow directly hits the bed which is quite uncomfortable - no way to adjust the airflow in another direction so you would find yourself shutting down the unit after a while and prefer to stay in a hot room instead; given the building lacks any form of insulation this is quite a challenge.

Toilet paper is not up to a 4 star hotel level. Bathroom amenities are basic.

WiFi worked fine and in the room you have an option of wired access too which works fine as well.

Breakfast has a wide choice of mainly bread and cake as well as a series of fruits but lacks some other basic components. Overall not satisfactory even though the two buffet tables look impressive at first sight (which in a way reflects the overall impression for the entire hotel...).

During my stay I did not try the small hotel pool which is located right behind the reception (the pool area smelled with exhaust fumes from a compressor running in the construction site behind the hotel - guess this would be of a temporary nature only).

Room tip: If you decide to stay at Ponta Mar, ask for an ocean view, bring ear plugs and take the poor A/C for granted.
Ask vdbgeo about Ponta Mar Hotel
Thank vdbgeo

This review is the subjective opinion of a Tripadvisor member and not of TripAdvisor LLC.
H M
Las Vegas, Nevada
27
Reviewed 29 July 2012
Good location and fair price

I stayed with my family at the Ponta Mar Hotel in Fortaleza on July 15, 2012. The staff was very friendly and the room was clean. The breakfast was okay and I wished someone had told me about the omelete station outside...although I found out the last two days of my stay about it, I can say that it was the better half of the breakfast. They also make fresh tapioca at that station. Overall, my hotel experience was good, fair price, and friendly staff. Location was great.

Room tip: I stayed in a high floor and the only drawback was to wait for the elevators. They only have two elevators and they are somewhat small.
Ask H M about Ponta Mar Hotel
Thank H M

This review is the subjective opinion of a Tripadvisor member and not of TripAdvisor LLC.
capixaba_traveler
Vitoria, ES
210171
Reviewed 2 May 2012
It Should be much better

Excellent location, on the Meireles beach, close to a lot of restaurants. But the furniture is old age.
Breakfast has a lot different cakes and breads but only special thing is "tapioca" that is very tasteful. As this hotel has agreement with brasilian tour operator, maybe the hotel its always full and they don´t care for small things. The front desk service needs to be better organized. it´s not
a bad hotel, only could be much better to actually be a 4 star hotel.

This review is the subjective opinion of a Tripadvisor member and not of TripAdvisor LLC.
View more reviews
PreviousNext
1…567…