I have stayed here twice for full moon now and the hostel is simply amazing, all the staff are super friendly, drink prices are reasonable, hostel is a 5min walk to the full moon beach. Drinking games in the evening with DJ’s. I would highly recommend!!

Trip type: Travelled with friends
See all 193 reviews
Nearby Hotels 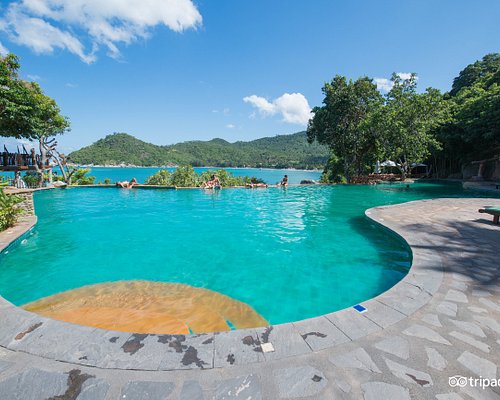 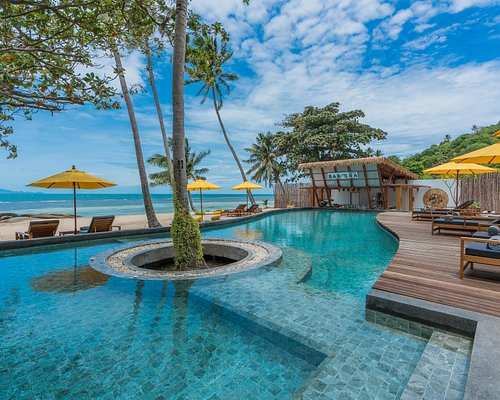 Hotels.com
View Deal
Pay up to 12X
Booking.com
US$54
Agoda.com
US$40
Expedia.com
US$89
View all 10 deals from US$40
102 reviews
0.9 km from Lazy House Shenanigans Guest House
We compared the lowest prices from 10 websites
Maehaad Bay Resort
US$63

Hotels.com
View Deal
Pay up to 12X
Booking.com
US$63
Agoda.com
US$39
StayForLong
US$113
View all 12 deals from US$39
393 reviews
16.2 km from Lazy House Shenanigans Guest House
We compared the lowest prices from 12 websites
Breakfast included
Anantara Rasananda Koh Phangan Villas
US$154

Hotels.com
View Deal
Pay up to 12X
Booking.com
US$82
Agoda.com
US$64
StayForLong
US$105
View all 13 deals from US$64
3,342 reviews
12.0 km from Lazy House Shenanigans Guest House
We compared the lowest prices from 13 websites
Kupu Kupu Phangan Beach Villas and Spa by l'Occitane
US$81
US$70

Such a sick hostel with a <5 minute walk to both the sunrise and sunset beaches. Dorms and pool area were clean, staff were friendly and helpful, and the hostel run parties were wicked. If you don’t like noise and partying maybe it isn’t for you, but Shenanigans was my favourite place I stayed in Koh Pha-ngan hands down.

This review is the subjective opinion of a TripAdvisor member and not of TripAdvisor LLC
623adams
London, United Kingdom
10762
Reviewed 17 December 2019 via mobile
Had better expectations

I booked my stay with these a while ago, and once I arrived in Thailand I met fellow travellers who needed to book something - so I recommended this place and noticed the place had dropped in price massively and I was over paying. When I mentioned this to staff, I did get a slight discount and a night free (as I arrived a day early) which was nice and gave me free food, but after full moon I was paying what worked out about double what everywhere else was selling for. For that it was a little disappointing, but not terrible!

I will say Taco made my stay here amazing, such a nice man who will help anyway he can! Well done Taco! I will also say the volunteers were nice, Dave was cool and Me Singh was nice when I finally met him! Even gave me a free beer!
If in low season I advise to NOT book in advance!

As for the room - I liked my bed and space however the room is a magnet for mosquitos! The bathroom have vents and they fly in and you cannot close the bathroom doors, they ping back open so even with repellent I was still bitten about 4/5 times a night (I stayed for 6 nights so yes I was covered!) the bedroom door (stayed in the big dorm) opens outside so they were also coming in that way too. If you could look into something to kill those that get in, or prevent this so doors can close, something to cover the open vents in the bathrooms.

I found the hostel esp on full moon a little clicky all in their own groups, I knew people who I met in previous hostels so hung out with them during the full moon otherwise might have been bored.

It’s a nice hostel, the pool and jacuzzi area are nice but I feel those things let it down a little.

I stayed here for five nights during the full moon party, the hostel itself is super cool, rooms are clean, pool area very clean and maintained everyday. The bar does nice cocktails and good prices, staff are all amazing and so helpful. The hostel is a three minute walk from the full moon beach. Cool vibes every night with local djs and happy hours. I would highly recommend.

This review is the subjective opinion of a TripAdvisor member and not of TripAdvisor LLC
Miri S
1
Reviewed 21 November 2019
Happy.

Amazing! I ended up being the only person here.. I went to the front desk to ask how I can get a taxi to the other side of the island and they said they will just take me! Also showed me around the island, we grabbed a drink then took me to my next hostel. Was over all a Great experience and im so thankful for the kindness.

This review is the subjective opinion of a TripAdvisor member and not of TripAdvisor LLC
andreaswU4623YG
146
Reviewed 1 September 2019 via mobile
Disgusting place...!

...just unbelievable, on top of this place in the south of the island where everything makes you doubt that you are really in Thailand, we landed in „lazy house“ that was just like to be summarized with one word: disgusting!