The rooms are messy. You pay in... - VH Belmond Durres Hotel &Beach

US$42
US$35
View deal
Free cancellation until 01/10/21
Expedia.comUS$42
TravelocityUS$42
CheapTicketsUS$42
View all 11 deals
Prices are the average nightly price provided by our partners and may not include all taxes and fees. Taxes and fees that are shown are estimates only. Please see our partners for more details.
Coastal24568747135
Kakanj, Bosnia and Herzegovina
11

The rooms are messy. You pay in advance for the accommodation, you are not entitled to a refund. Everything is much worse than

Room tip: I do not recommend this place.
Trip type: Travelled on business
See all 38 reviews
Nearby Hotels 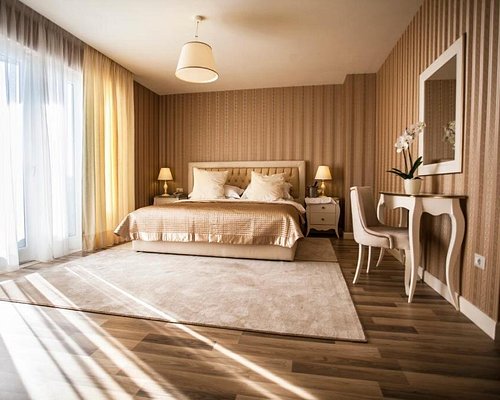 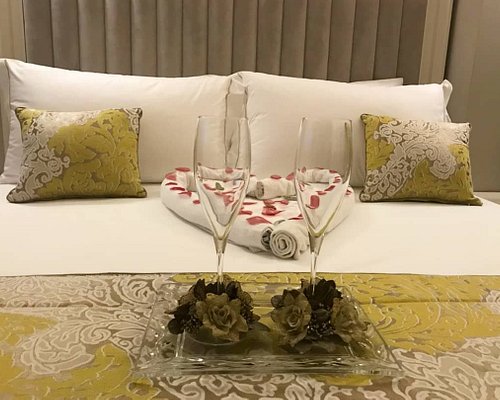 Expedia.com
View deal
Free cancellation
Pay up to 12X
Booking.com
US$53
Agoda.com
US$45
Hotels.com
US$53
View all 14 deals from US$45
36 reviews
3.2 km from VH Belmond Durres Hotel &Beach
We compared the lowest prices from 14 websites 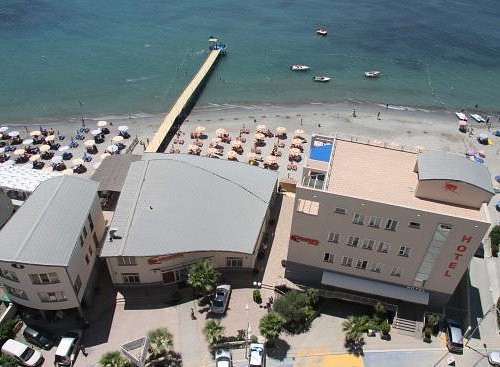 Everything bad opiniom of this hotel its true, fake picture of Beach, and roof, Everything you must pay extras, and the price is very exaggerate i never give a 1 stars because its total scam and fake.

This review is the subjective opinion of a Tripadvisor member and not of TripAdvisor LLC.
Nina B
1712
Reviewed 27 July 2021
Scam hotel

This hotel is a scam. We booked on booking.com two rooms with balcony. When we came first they could not find our reservation. Then they tried to give us rooms without balcony, then they wanted to charge us additionaly. After all the argue and stress they gave us that we booked.
All hotel smelled like canalisation; when you enter the hotel at the reception you could smell toilet waist. In the room same situation. Parking in the basement was full of toilet waist, you could even see opened pipes with toilet paper hanging around!
Service was very unprofessional and not kind. They were going away all the time to smoke and have coffe, very unpolite and rude.
Breakfast was poor and to get a yoghurt they just placed very cheap and thin one time plastic glass that you could not even hold without bending. Not something that you expect in 4 stars hotel. People working at the breakfast would yell, talk with each other, saying jokes, bending on the water machines, etc. When we were finished with breakfast we could not put it on the room. He wanted us to pay emediatelly, but he did not provide any receipt. They took money on black and put in his back pocket.
They put fake pictures on internet showing that the hotel is on the beach which is not true, you need to cross the road.
At the caffe bar in the lobby when we came to have a coffe, a 12-14 year old boy came to take order, but he could not memorize. So someone else came older, but he also had difficulties in memorising so at the end my husband went to help him.
They served us coffe in a paper cup, but the staff working there had a normal coffe cup.
The price was extremely high comparing to other places in the area. Little can of cola was 4 euro.
When we asked for receipt, they did not have it. The waitor came with a little paper and wrote with the pen the amount.
Only one elevator worked and it did not have any ventilation so you would get dizzy if you would be longer inside.
Horrible experience and scam hotel.

This review is the subjective opinion of a Tripadvisor member and not of TripAdvisor LLC.
972pamelao
Segeltorp, Sweden
53
Reviewed 20 July 2021
Photos of beach are a lie and watch out for the added costs

The hotel is not on the beach. It is on the wrong side of a busy road. The price of using the uncomfortable sunbeds is an added cost. The pictures of the beach area is not the actual location. You will be disappointed. Also there is no beach bar.
If you ask for a coffee/tea at breakfast you will be charged more as it is not included. There are so many added extras and the staff can not explain why it is not added into the cost of the room. Also a number of staff do not speak English so it is hard to communicate.
I was travelling alone and was followed into the sea and propositioned by one of the staff members which made being in and around the hotel very uncomfortable.
Despite the room being beautiful I would not advise people stay here for a stress free holiday until they sort out their pricing and advertisements. As the disappointment would ruin your holiday. I luckily had only booked for one day.

This review is the subjective opinion of a Tripadvisor member and not of TripAdvisor LLC.
Laura D
84
Reviewed 14 July 2021
Not what it says

Worst hotel I have stayed in. The room stunk of smoke even though it was meant to be no smoking. The pictures shown aren’t of this hotel, they have no sun beds, no pool, the roof top terrace isn’t open.
The staff are rude and unhelpful, they messaged me to ask if I wanted to book sun beds we decided to do it when we arrived to find out they don’t actually have any and the hotel isn’t on the beach front. The view from the hotel is of other hotels.
We had breakfast included and they tried to charge us.
Wouldn’t stay in this hotel again not as described at all

This review is the subjective opinion of a Tripadvisor member and not of TripAdvisor LLC.
MarjutLangefeld
Kuopio, Finland
4014
Reviewed 13 July 2021 via mobile
Nothing there

It is not beach front. None of the pools advertised not even exist. Sea view from balcony? The balcony is hardly 1 m x 1 m, with no furniture, the promised sea view is hardly a glance between the big buildings. No shampoo, no creme in the bathroom. The roof top bar completely closed. Breakfast you have to pay extra even when it is said to be included. Unfriendly personal. No thanks: never again.

This review is the subjective opinion of a Tripadvisor member and not of TripAdvisor LLC.
View more reviews
PreviousNext
123…
<script type='text/javascript' crossor