Gunn House Hotel
Lowest prices for your stay
Lock in the lowest price from these sites
US$109
US$97
Free cancellation until 02/07/21
View deal
Hotels.comUS$109
PricelineUS$97
Expedia.comUS$109
eDreamsUS$97
Agoda.comUS$97
TravelocityUS$109
View all 15 deals
Prices are the average nightly price provided by our partners and may not include all taxes and fees. Taxes and fees that are shown are estimates only. Please see our partners for more details.
Debbie M
Los Gatos, California
3014

We booked this hotel for it's location and availability for a last minute reservation. It is an older building that i am sure is rich in history. The place could use some repairs, but we were very happy with our stay. The room was clean and comfortable. We chose a double-queen room on the backside of the building and it was very quiet. What we loved most, was the large seating area outside our room on the upper floor. We were in town for a wedding and were able to invite two other couples to join us for wine. The breakfast was served in a cozy breakfast room and was better than most chain hotel to-go offerings these days. With a little maintenance this place could be really great. I wouldn't hesitate to stay again if I was in the area.More

Thank you so much for your feedback! We will be working on the repairs very soon! We look forward to seeing you again.

Report response as inappropriateThank you. We appreciate your input.
This response is the subjective opinion of the management representative and not of TripAdvisor LLC
See all 503 reviews
Nearby Hotels 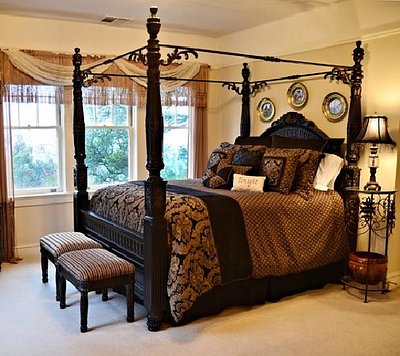 Top Rated
Breakfast included
The Inn on Knowles Hill Bed and Breakfast Hotel #
US$252
Booking.com
View deal
Reserve now, pay at stay
Priceline
US$252
Agoda.com
US$252
Tripadvisor
US$252
View all 9 deals from US$252
199 reviews
0.2 km from Gunn House Hotel
We compared the lowest prices from 9 websites

The rooms were not taken care of, dusty. Had to wait 15 minutes before some came and checked us in. So many things need to be done just to make it comfortable, I would never stay again. So much potential for a historical hotel.
Had to make a phone call for toliet paper. Going downhill

We do apologize for your experience with Gunn House Hotel! We will be making improvements based on your review!

Report response as inappropriateThank you. We appreciate your input.
This response is the subjective opinion of the management representative and not of TripAdvisor LLC
Dannyrehal
Reno, Nevada
2
Reviewed 15 February 2021
BEST STAY AGAIN

This is the 3rd time we stayed at this gem.This hotel is very cute. The rooms are very antique , very clean and decorated nicely - very charming, looks like they renovated and restored recently The hotel staff was nice and helpful.
The new owner Gary is great guy,very professional and knowledable.Will be back soon.

Thank you so much for your feedback! We hope to see you again!

Report response as inappropriateThank you. We appreciate your input.
This response is the subjective opinion of the management representative and not of TripAdvisor LLC
tshend
San Francisco, California
192
Reviewed 8 October 2020
Change of ownership leads to big disappointment

We have stayed at the Gunn House before and enjoyed the quality of our experience and service. The hotel has new ownership and we were very disappointed in the general cleanliness throughout and the guest room. One bedside lamp did not work; the remote control for the air conditioner did not work and the room amenties were sparse to say the least. The exterior corridors were quite dirty. Outside lighting and fans were set to a timer that went on after dark...not helpful getting to ones room. The Gunn House has great potential, the new ownership needs to get more hands on.

This review is the subjective opinion of a TripAdvisor member and not of TripAdvisor LLC
apappas_11
San Francisco, California
21
Reviewed 30 August 2020
Grungy. poor service/value, no amenities

I stayed for one night in this hotel. I'd checked online and it showed queen rooms available but since I was making the reservation just a few hours before arrival I thought I'd call. The staff member who answered the call was on what must have been a cell phone - it was very hard to hear her. I asked for a queen room and she said I could have a king for a bit more money and I said no a queen was fine. She repeated the offer at least twice before finally saying no queen rooms were available. I took the king. She asked when I'd arrive and I said 9:30 pm, she said the reception would be closed and to call the same phone number 15 minutes in advance of my arrival, which I did and she said my key and the receipt to sign would be under the front mat. A staff member (?) was outside and gave me the key and had me sign, I was not given a copy of my receipt and no one was in the office in the morning around 9:15 am when I left to provide me with one. I had to ask where to park and where the room was, the woman who gave me the key pointed toward the back of the property and said she thought it was that way. There were some other guests who were also trying to check in. The website said wifi and breakfast - there was no information in the room about either, I had to call to find out the wifi password and that took two attempts; asked about breakfast was told there was no breakfast due to Covid. I get it but don't think the rate should be the same and ideally should be noted on the website. The staff member I spoke to on the phone said she'd told me that there was no breakfast when I booked - she may have but the phone connection was so poor I didn't hear. The room itself was dilapidated - there were stains on the carpet, the curtains were dirty and the bed cover and pillow shams did not appear to have been washed. The sheets and pillow cases were clean. There was no coffee maker in the room which would have been at least something in lieu of breakfast. The room faced the street an it was noisy and there was a lot of light from the neighboring businesses. I would not recommend this hotel.

I just visited this historic inn in month of june and experienced a heaven like feeling in it. Congenial staff, clean rooms and loos, delicious breakfast, following all precautions to tackle covid-19
And various more facilities like pool, spacious garden and many more