The resort was very nice and accommodating. The atmosphere was relaxed. Resort staff helpful and friendly. I am a repeat visitor and I’m feeling good about going back.

We had a suite with a gorgeous view, balcony seating and everything was in very good condition. Walking distance to the casino and fun. Ample space for three adults in the two bedroom.

Trip type: Travelled with friends
See all 1,309 reviews
Nearby Hotels 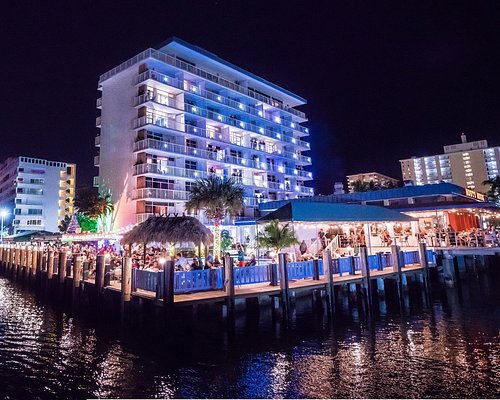 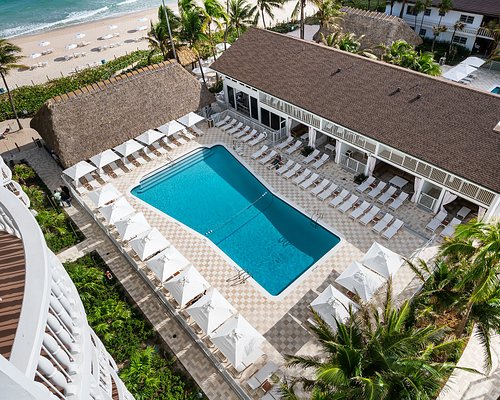 Beachcomber Resort and Club
US$213
US$180
Tripadvisor
View deal
Free cancellation
Hotels.com
FindHotel
US$210
ZenHotels.com
US$213
View all 19 deals from US$180
1,607 reviews
6.8 km from Club Wyndham Palm-Aire

Taking safety measures
Travelodge by Wyndham Pompano Beach
US$126
US$100
Booking.com
View deal
Free cancellation
Reserve now, pay at stay
FindHotel
US$100
Wyndham
US$100
StayForLong
US$126
View all 18 deals from US$100
101 reviews
2.0 km from Club Wyndham Palm-Aire
We compared the lowest prices from 18 websites
Sea Steps Suites
US$140

Need more cooking utensils in units; I had to request an extra skillet, which was quickly delivered.
Housekeeping in public areas seems somewhat neglected. Floor in elevator was filthy. Items (trash) left in hallways for hours.
Staff was pleasant and helpful.
DO NOT BUY TIMESHARES / VACATION OWNERSHIP !!! Too many fees not disclosed; fees increase yearly. No resale market.
Not being on the beach makes this location less appealing.
Convenient to golf and casino.

This review is the subjective opinion of a TripAdvisor member and not of TripAdvisor LLC
michelelangstaff
Mid Coast Maine, Maine
12
Reviewed 29 March 2021
Nice property

The property was clean and well kept. The events some evenings were fun and added "energy" to the property. We are two timeshare owners and only one of us traveled. The resort called me by the other persons name and seemed to have a problem recognizing just me (even though I am an RCI timeshare owner). This was annoying!

Review collected in partnership with RCI
This business uses tools provided by Tripadvisor (or one of its official Review Collection Partners) to encourage and collect guest reviews, including this one.
Ask michelelangstaff about Club Wyndham Palm-Aire
2  Thank michelelangstaff

This review is the subjective opinion of a TripAdvisor member and not of TripAdvisor LLC
SportsmomMichigan
Saint Clair, Michigan
172134
Reviewed 12 March 2021 via mobile
Nice quiet resort

We are deeded at this resort and wanted to see what it was like. We usually stay on the water when we use our Wyndham points. This is a nice quiet resort.

Two of the pools were open and we were able to snag some chairs each day. Even though there were an over abundance of people saving chairs for hours. Hot tubs, activity center, and the fitness center were all closed. Putt putt was by reservation only. There was a bar and deli open. Karaoke was done on two nights that we were there.

We went for nice walks along the trails nearby. They went around some little lakes throughout the neighborhood. It was a nice walking path. You can walk across the street to two separate plazas with several restaurants, Dollar Tree and Dunkin Donuts. That part of the neighborhood was not as nice, but fine during the day.

Our building was the Areca Palm. Our two bedroom unit was clean and very nice. We had a nice balcony with a table and four chairs AND two lounge chairs. We had everything we needed in our unit. The staff we encountered were always friendly and greeted us.

My only complaint is our room was not ready when we arrived at 4:30. We stood in a long line and were told that they would text us when our room was ready. We went to eat and pick up some groceries. No text. I called and called. When I finally got through our room was ready and they didn’t know why we weren’t texted.

The location is not too bad. Not much to do right near the resort, but plenty to do not too far away. We went to Lauderdale by the Sea, Los Olas and the Riverwalk in Fort Lauderdale, Everglades National Park (Shark Valley), Little Havana, Sawgrass Mills Outlets, and Wakodehatchee Wetlands. Most of which were within a half hour drive.

This review is the subjective opinion of a TripAdvisor member and not of TripAdvisor LLC
DCguy20002
Washington DC, District of Columbia
11787
Reviewed 4 March 2021
Exceeded my expectations!

After reading recent poor reviews, I was a bit apprehensive about my stay. But I guess I lucked out as my visit greatly exceeded my expectations.

I booked a studio and was put in the Royal Palm building. The room was recently refreshed, clean, and spacious. The bathroom was quite big and really nice! I loved the full kitchen (including all the needed dishes/pots/pans/etc). I used the in-room washer and dryer, too.

It was abnormally hot during our stay at the end of February and the AC had no problem keeping up (one of the most important things for me). Our room/balcony faced the lake and as such had much more privacy. Zero noise issues from nearby rooms/guests.

Staff were all very friendly and helpful. As other reviewers have said: lots of dining nearby and Walmart is a 7 min walk away. I felt completely comfortable walking off resort during the day.

My only complaint is that many inconsiderate guests were not wearing masks inside the building (I made sure not to share elevators with them). Staff all wore masks (properly).

Room tip: If you booked a studio, ask for a room in the Royal Palm Bldg with a balcony facing the lake!
Ask DCguy20002 about Club Wyndham Palm-Aire
2  Thank DCguy20002

Don’t ever go here! They didn’t have my room ready at 7 pm when I arrived so I went to the bar. Someone puked & no one cleaned it up. My duvet had BLOOD on it & took them 2 days to change it. I emailed them to make sure they had the shuttle to the grocery store as my foot was in an air boot. A manager suggested I walk! My floor was sopping wet- dry by 2 days when “engineering “ came to look at it. Garbage behind my nightstand that included an alcohol wipe (goes along with the blood?) & no way to get groceries. A guest who took pity on my situation got groceries for me. Lazy parents left little kids diapers & clothes along the pool & still there the next day. They were to compensate me but all I received was an invitation to buy into Wyndham! Disgusting!

Review collected in partnership with RCI
This business uses tools provided by Tripadvisor (or one of its official Review Collection Partners) to encourage and collect guest reviews, including this one.
Ask marcelena about Club Wyndham Palm-Aire
1  Thank marcelena

We're troubled to hear that this was your experience. We want to get you in touch with our Care team to assist you further. Please reach out to us at 855-670-0758 (option 1) and an agent will be happy to help. We are continuously looking for ways to improve, and will make sure to pass along your comments and concerns to the proper team.

Report response as inappropriateThank you. We appreciate your input.
This response is the subjective opinion of the management representative and not of TripAdvisor LLC
View more reviews
PreviousNext
1234…219