US$278
View deal
CheapTicketsUS$278
Orbitz.comUS$278
TravelocityUS$278
TripadvisorUS$278
Booking.com
eDreams
View all 8 deals
Prices are the average nightly price provided by our partners and may not include all taxes and fees. Taxes and fees that are shown are estimates only. Please see our partners for more details.
megzday
Chambersburg, Pennsylvania
123

Its been years since I stayed at the Beachmark and I came back again but with my children this time. Overall very nice and clean! It isnt as “up to date” as maybe some places but still very nice. Along with the stove top and fridge! It was stocked with dishes and pots and pans. Also, as I remember the outside pool is very big and nice as well! Staff was very friendly too! Very close to the beach just a couple feet away! Only thing that was a bothersome was the steps! They are beyond steep and not very wide! We were on the 2nd floor and that was enough for us I couldn’t imagine going up another flight of stairs, there is no elevator. More

Thank you for your review! Hope to see you this summer!

Report response as inappropriateThank you. We appreciate your input.
This response is the subjective opinion of the management representative and not of TripAdvisor LLC
See all 134 reviews
Nearby Hotels 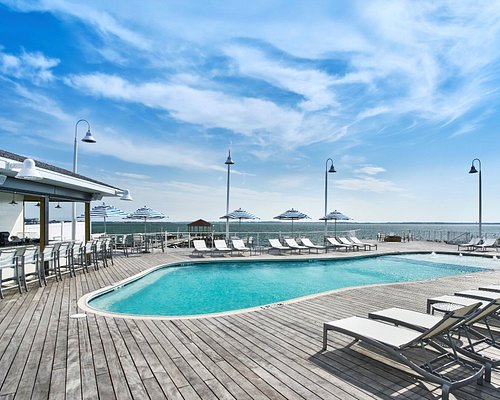 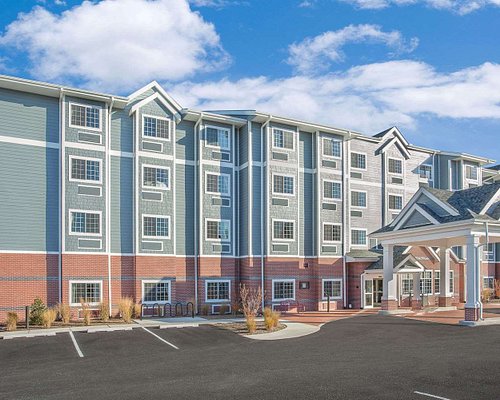 Upon arriving at the motel we were bringing our belongings into the room, Not even 5 minutes into our vacation, and we opened the door to the balcony so we could air out the room some. We just had a pandemic so wanted some air in the Room. We are from PA so we have no clue about the wind by the ocean. My 18month old granddaughter was walking in and out through the balcony doorway with the other kids and when we opened the front door to bring some stuff in the wind came thru and slammed the balcony door on her hand. Straight to the ER we had to go. She lost her nail, distal tip fracture, and laceration. I have enclosed pictures. All day and all night all u hear is doors slamming. There was no signs anywhere saying that the doors slam shut, no door stoppers on the door, the only way to keep it open is to prop with a chair. Manager was not available to speak to me for 3 days. When he did talk to us he said he could refund just one night stay. This didn't even cover hospital bill. We were in contact with an attorney that advised us that one night was not sufficient for what we weren't thru and to try a different approach. Upon check out, we spoke to the manger again, Doug, who was adament that it was not their fault and that it was an act of God, an accident. Said he spoke to the owner and that the owner was mad that he was refunding the one night but If I wanted to yell at him that he wasn't gonna refund anything. Said he has told the owners tharefund need something on the doors but that the owners refused and said they didn't have to put signs up about the doors slamming on their own. And that they would be putting signs up about everything if that was the case. Very rude people and completely disregarded the fact that my granddaughter was seriously hurt. Wouldn't even discuss anything further with us. I informed him that my son was police officer and knew all his legal avenues and Doug said oh well he didn't care. He would not give any info regarding corporate office or the owners. Said he doesn't give that info out and that I didn't want to contact them anyways cuz they didn't even want to refund the one night. I would never in my life want to deal with these kind of people again. All they cared about was the money. The room was dirty. Top of the fridge was dusty, the pull out couch bed was sticky and had sand all over it. There was garbage down inside the pull out couch. The dishes were all dirty and the silverware was rusted. Thank God we took all our own kitchen supplies. When I complained about the room being dirty they sent the housekeeper up to our room and she had a attitude that we complained. There was just a pandemic and this place was closed down for a while so u would think it would have been in tip top shape. They had lots of time to get this place up to par. Absolutely disgusting and I suggest u stay far away from this place. Spend the extra money to stay somewhere that the business cares more about you and your family than just sucking money from your account. Totally wish I could give this a zero rating because 1 is even too good for them.

Thank you for your review Holly. We are so sorry to hear about your experience. We are under new ownership and working hard to improve things, such as this. Hope to see you this summer!

Report response as inappropriateThank you. We appreciate your input.
This response is the subjective opinion of the management representative and not of TripAdvisor LLC
sunnysam306
Buffalo, New York
131
Reviewed 14 January 2020 via mobile
Clean and close to the beach

Our family decided last minute to come to Ocean City so we were limited as to where were able to stay with our group of 10. We found this motel and were willing to give it a shot. We're glad we did. The motel is a typical budget motel, could use a bit of updating, but the rooms were big and clean. Having a fridge was extremely helpful. It's close to the beach which was very nice, and the pool area was large and the pool clean. The motel is right across the street from the bus stop that takes you to the boardwalk for $3 for the entire day,which was very convenient. After one trip to Walmart,we were able to park our cars for the weekend. The location is away from the more crowded areas, but still easily accessible. Keep in mind, you get what you pay for. It's no Hilton presidential suite but for the price and size of the rooms, it's a great place.

Thank you so much for your review! Hope to see you this summer!

Report response as inappropriateThank you. We appreciate your input.
This response is the subjective opinion of the management representative and not of TripAdvisor LLC
jimbo92016
53
Reviewed 1 September 2019 via mobile
Last Minute Getaway

My wife, 16 year old and myself booked a last minute trip to the BeachMark Hotel for Labor Day weekend. We stayed here 23 years ago when we first got married and figured because we were only staying 3 nights it would fine. Keep in mind we are used to staying in Hiltons when we travel but they were all booked solid. The hotel was clean and exactly as pictured. Its dated but if your on a budget, you have your basic needs met. My only complaints were, there is no iron, no vent in the bathroom and the beds are hard as a rock. We went and purchased a memory foam topper at walmart after our first night sleeping on the rock solid bed. The best part of the hotel is, its super close to the beach and the pool was nice. Sadly we will never come back but we are in our 40s and for us comfort is most important.

Thank you so much for your review. We are under new ownership and are working to improve things. Hopefully we will see you this summer!

Report response as inappropriateThank you. We appreciate your input.
This response is the subjective opinion of the management representative and not of TripAdvisor LLC
Steve Y
Poolesville, Maryland, United States
54
Reviewed 20 August 2019 via mobile
Great Place

Just returned from staying here, very easy check in,friendly staff, very clean room with a kitchenette, comfy beds,clean bathroom! AC was on when I first arrived which was nice, plenty of parking, nice pool. Water pressure in shower is ok hot water within a few minutes. The sheets on the bed are a little short. For the price it's a excellent value will return again

Great to hear! Hope to see you this summer!

Report response as inappropriateThank you. We appreciate your input.
This response is the subjective opinion of the management representative and not of TripAdvisor LLC
GarciaEmelie
Springfield, Massachusetts
10342
Reviewed 17 August 2019 via mobile
Best motel on the strip

The staff was very friendly and housekeeping keeps the hotel grounds spotless and clean..close to resturants and shops..the swimming pool is the biggist on the strip and its super clean,there are plenty of lound chairs and tables with umbrellas..its a short walk to the private beach about a minuate walk..and about 7 mins drive to the main boardwalk.My family and i cant wait to come back next year..also the rooms are super clean..the pool closes at 9.I think its better than some of the more big name hotel chains..THIS IS NOT YOUR AVERAGE MOTEL,ITS A AWSOME MOTEL !! There is also a little diner attached for breakfast and lunch!!

Great to hear! Hope to see you this summer!

Report response as inappropriateThank you. We appreciate your input.
This response is the subjective opinion of the management representative and not of TripAdvisor LLC
View more reviews
PreviousNext
1234…