US$206
US$152
Free cancellation until 02/06/22
View deal
Booking.comUS$169
Hotels.comUS$152
Trip.comUS$181
TripadvisorUS$152
TraveluroUS$182
ZenHotels.comUS$206
View all 23 deals
Prices are the average nightly price provided by our partners and may not include all taxes and fees. Taxes and fees that are shown are estimates only. Please see our partners for more details.
457ScottL
Rochester, Minnesota
174

Two blocks from the strip..Near a couple convenience stores and a Starbucks. Although not necessarily "cheap", good value for the price. Huge bathrooms with large tub. Pull out couch has short memory foam mattress so fairly stiff but better than spring pullout. Very quiet during our stay and front desk was helpful.

See all 4,116 reviews
Nearby Hotels 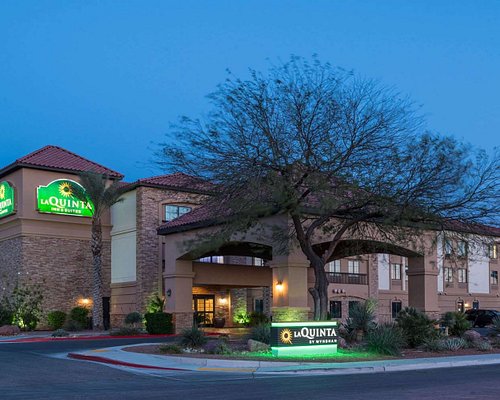 Expedia.com
View deal
Free cancellation
Pay up to 12X
Booking.com
US$91
Tripadvisor
US$91
Travelocity
View all 16 deals from US$91
277 reviews
2.4 km from The Platinum Hotel & Spa 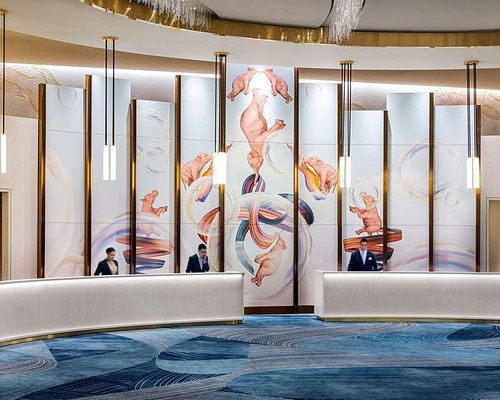 Taking safety measures
We compared the lowest prices from 21 websites
Breakfast included
La Quinta Inn & Suites by Wyndham Las Vegas Red Rock
US$136
US$130
Tripadvisor
View deal
Pay up to 12X
Hotels.com
Expedia.com
US$130
Lol.travel
US$136
View all 18 deals from US$130
632 reviews
13.1 km from The Platinum Hotel & Spa

Just spent 5 nights at the Platinum. I would highly recommend it to families. Large suites, full kitchen, convenient location (close to strip, but away from all the hustle), free parking, very friendly and accommodating staff. If we ever come back to Vegas with our 3 kids, we’ll come back here for sure.

This review is the subjective opinion of a Tripadvisor member and not of TripAdvisor LLC.
Peter B
Redditch, United Kingdom
7134
Reviewed 16 December 2021
Gone downhill so badly it should be a ski slope. AVOID

Room tip: Avoid any room above the 10th floor
Ask Peter B about The Platinum Hotel & Spa
1  Thank Peter B

This review is the subjective opinion of a Tripadvisor member and not of TripAdvisor LLC.
Linford C
Chicago, Illinois
4056
Reviewed 16 November 2021
Vegas Getaway

This is a hotel that I have waited a long time to visit and the wait was well worth it. The check-in was seamless. We arrived early to the hotel and was still able to check in early. I booked the reservation directly on the price was as advertised when we checked in. I had questions about the terms and the person who assisted me was SUPER. He got everything squared away, described the suite and did and online upgrade.. Fantastic. This hotel has top notch customer service, whenever we called the front desk they picked up promptly and took care of business. The hotel facilities and suite were clean. The floor was quiet. The lounge food at the hotel was well prepared, delicious and reasonably priced The suite was very spacious with a nice view of the strip. The pool area was nice. If you want snacks there is liquor store just down the street and Ellis Island Casino is almost next door with good food and great prices, and also for upscale dining there is a Lawry's. The strip is within easy walking distance. I like this hotel is a breath of fresh air. No smoky smell, it is intimate so you can enjoy the hotel without the crowd. I highly recommend this hotel. I will be back!!

This review is the subjective opinion of a Tripadvisor member and not of TripAdvisor LLC.
rockystuff
Indianapolis, IN
11471
Reviewed 14 November 2021
Not far from the Strip

This hotel is probably 3/4 mile walk to get to the Strip, on a busy well-lit street. (But honestly, you're going to walk miles each day if you are out wandering in Vegas anyway.) I felt safe doing the walk. The Monorail stop is midway from hotel to the Strip.
Stayed 4 nights. Non smoking hotel without casino, so you don't have to walk for 10 minutes through the casino to get to the elevators and your room. The rooms are huge--separate living room and kitchen area. Kitchen equipped with plates/bowls/silverware for 4, but no pots or pans. Couldn't get hot water to run in the kitchen sink. 2 TVs. Very large bathroom with shower and a large tub. Decent patio with 4 chairs and a table that looked toward the strip (and sunset views).
I needed to do a Zoom call, and had trouble with unstable wifi, but the next day, Microsoft Teams meeting was fine. I wandered around hotel looking for better wifi signal, but still had problems on Zoom. Front desk clerk was kind enough to turn on lights in the closed restaurant for my call.
Restaurant/bar is only open Thurs to Sunday, after 4PM. I didn't utilize the pool or the fitness room, but they appeared open. The spa is still closed for COVID.
Snacks available for purchase in lobby. A couple of convenience stores nearby to get other things, but signs of nearby homeless are everywhere, including the Strip.
Housekeeping doesn't come in daily unless you ask for it. We requested it, and a good clean up job was done each day.

Room tip: Higher floors will give you a better view of the Strip
Ask rockystuff about The Platinum Hotel & Spa
4  Thank rockystuff

This review is the subjective opinion of a Tripadvisor member and not of TripAdvisor LLC.
RavensFan7
Columbus, Georgia
189
Reviewed 2 October 2021 via mobile
Great location to get away but still be there.

Loved the location. Away from the strip yet still close. Easy check in with a bottle of wine in the house. The deluxe with 2 queen beds is more then enough space and a balcony. Quick call down to the front desk and pots and pans were brought up. There is a 7-11 a short walk away.

Now here is the part that may deter some. One morning I woke up, got some water, and went to the balcony. I looked down and there were a guy sleeping in the rocks when I looked down. Walking from the hotel to the strip would be uneasy for some due to there being any number of people sleeping just off of the side walk.

Otherwise it is a good place to stay if your not pressed to gamble. A short walk will get you your fix.