Must do very relaxing, comfortable and... - Lamies Inn and The Old Salt Tavern

Lamies Inn and The Old Salt Tavern
2 people are viewing this hotel
US$119
View deal
Free cancellation until 15/05/21
Reserve now, pay at stay

US$119
US$107
View deal
SAVE US$12
Free cancellation until 13/05/21
Reserve now, pay at stay
Agoda.comUS$119
Expedia.comUS$107
TravelocityUS$107
View all 16 deals
Prices are the average nightly price provided by our partners and may not include all taxes and fees. Taxes and fees that are shown are estimates only. Please see our partners for more details.
864eviea
2

Must do very relaxing, comfortable and good food

The rooms were very nostalgic a 1940's feeling and clean. The owners are very nice and helpful. Staff went over and beyond of helping. Joe the owner is very helpful and very nice. I didn't get a chance to meet his sister but they were all very nice. It is close to anything and everything to do you can even walk 2 miles to the beach. I did find out there were no taxis and learned for the first time how take a Uber everywhere while my husband was picking up a old car. The parking lot is big. We were hauling a trailer to pick up a old car and there was plenty of room for us to park. The breakfast was really good fresh bake goods, cereal and other little things.. The restaurant is a must when there food is great and services is top of the line. I had chicken and my husband had lobster and clam chowder. If you want a small town homie fell stay here.More 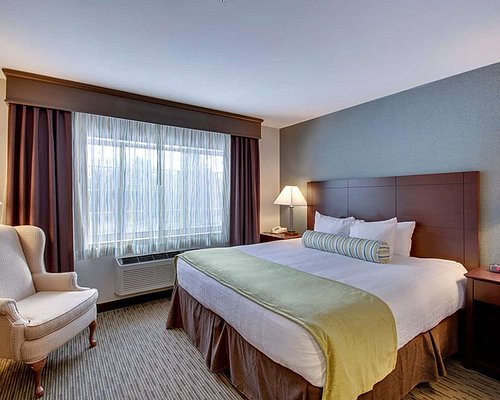 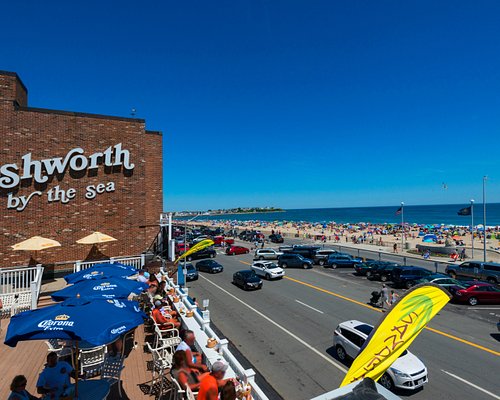 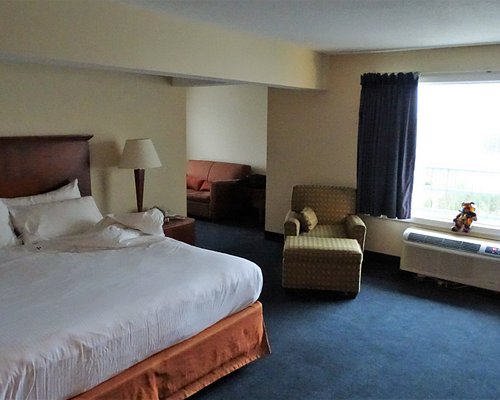 Hotels.com
View deal
Pay up to 12X
FindHotel
US$150
Expedia.com
US$150
Travelocity
US$150
View all 15 deals from US$150
119 reviews
4.0 km from Lamies Inn and The Old Salt Tavern
We compared the lowest prices from 15 websites
Breakfast included
Best Western Plus The Inn At Hampton
US$100
US$90

Hotels.com
View deal
Tripadvisor
US$129
Orbitz.com
Expedia.com
US$129
View all 9 deals from US$129
95 reviews
3.9 km from Lamies Inn and The Old Salt Tavern
We compared the lowest prices from 9 websites
Sun & Surf Motel
US$105

Been going to Old Salt since it was at the beach back in the 1990's. Last few times we have been the service has been very, very slow. Food has been tasty as usual but tonight we went with another couple and 3 out of 4 dinners were not satisfactory. 2 dinners were cold ( baked haddock w/ potatoe and beans and the steak tips were very under cooked for order. Very disappointed.

One of the few venues where the people just know how to be the best the can be in hospitality. Despite the CoVid set backs, a sudden winter storm blast and unexpected closure of the restaurant, the staff went above and beyond to communicate and make things happen in the best form possible. Kudos to Christian for prepping and serving a great meal and to Samantha who runs this venue like it is her own and regarding each patron like "royalty". One of the few occasions that all the positive things that have been said about it, are more than true and exceeding all expectations.

This review is the subjective opinion of a TripAdvisor member and not of TripAdvisor LLC
Peter H
Halfmoon, New York
4828
Reviewed 1 November 2020
Enjoyed our stay!

We stayed overnight the end of October 2020. We found a traditional old style hotel that was well kept and clean. It was extremely affordable and had a nice "To Go" breakfast. The highlight was the attached "Old Salt Tavern". We thoroughly enjoyed the service of bartender Jane and the conversation of the local bar patrons.

This review is the subjective opinion of a TripAdvisor member and not of TripAdvisor LLC
Runner8888
Changchun, China
5690
Reviewed 17 October 2020 via mobile
Amazing History and Food!

This is a must-see restaurant and experience. The entire place is dripping with history. The staff is incredible and the food truly great. I’d never been in before, but I will return soon. Try the clams and the desserts are to die for.

Thank you for dining with us and for taking the time to review us on Trip Advisor. We are pleased to hear that you enjoyed your visit and look forward to serving you again soon!

Report response as inappropriateThank you. We appreciate your input.
This response is the subjective opinion of the management representative and not of TripAdvisor LLC
CafeEuropa1900
Salem, Massachusetts
147
Reviewed 11 July 2020
Old Salt Tavern COVID Fatigued

I used to visit Lamie's tavern in the 1950's and 1960's with my grandfather, and so decided to stop as I drove past a few days ago. It was well set up for COVID safety procedures, with tables outside under a bit tent, widely separated, but nicely appointed. Apart from the setup however,. the experience was nothing short of mediocre and unremarkable. I ordered an iced tea, a glass of water, and the friend haddock sandwich. The haddock portion was relatively small, with a very meager amount of cheese with virtually no taste. The French fries were good, but the sandwich itself was rather disappointing. Being a native New Englander, I know fish very well, and this was not the best catch of that day. .What disappointed me most was the iced tea being served in the bottle from a Coca Cola-branded company, not homemade,. as one would expect from the price. Furthermore, instead of receiving a glass of water, I got a bottle of water, from the same Coke-branded company. I had no desire to engage the waitress on this, as she and another young man were doping a reasonably good job, and probably had no say in the matter anyway. The two very young hostesses however seemed bored, distracted, and more interested in their phones and a bit of chatting with each other than in serving guests. I know that we are in challenging times, but good service and a good meal are pretty basic, especially at "Summer on the Seacoast" prices. It was relatively fast, well located, but I will not be back.

Thank you for dining at our restaurant and for taking the time to write a very detailed review. We are pleased to hear that you are continuing a tradition of visiting Lamie's and we will pass your comments on to our restaurant management. It must be said, that the pandemic has been a true challenge for the hospitality industry and we have spent countless hours working diligently to protect our customers, staff and community while maintaining our small business. We know that eventually life will return to normalcy and we hope that we will have the opportunity to serve you in the future as we have for decades!

Report response as inappropriateThank you. We appreciate your input.
This response is the subjective opinion of the management representative and not of TripAdvisor LLC
View more reviews
PreviousNext
12…88