Baymont Inn & Suites Queensbury / Lake George
Lowest prices for your stay
Lock in the lowest price from these sites
US$76
Reserve now, pay at stay
View deal
WyndhamUS$76
Hotels.comUS$76
PricelineUS$76
Expedia.comUS$76
HurbUS$76
Orbitz.comUS$76
View all 14 deals
Prices are the average nightly price provided by our partners and may not include all taxes and fees. Taxes and fees that are shown are estimates only. Please see our partners for more details.
dather543929
Colchester, Vermont
1

Everything was great except website advertises on first page free complimentary hot breakfast with eggs waffles and sausage before 9am. We woke up early, exhausted, and went down to find it was coffee and muffins. No notice whatsoever, misleading and frustratingMore

Show less
Review collected in partnership with this hotel
This business uses tools provided by Tripadvisor (or one of its official Review Collection Partners) to encourage and collect guest reviews, including this one.

Thank you for your review. I am glad to hear that overall, your experience was positive. I am disappointed to hear that our breakfast didn't meet your expectations. Please note that your comment has passed to management. Thank you and look forward to seeing you soon.

Report response as inappropriateThank you. We appreciate your input.
This response is the subjective opinion of the management representative and not of TripAdvisor LLC
See all 476 reviews
Nearby Hotels 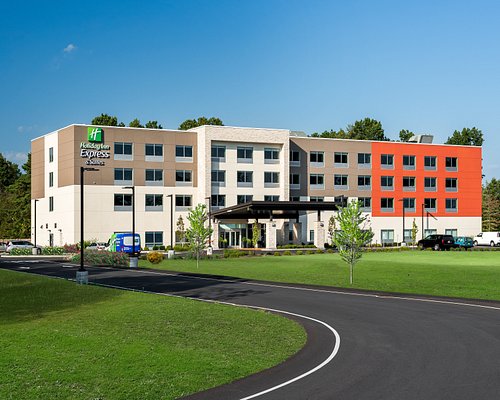 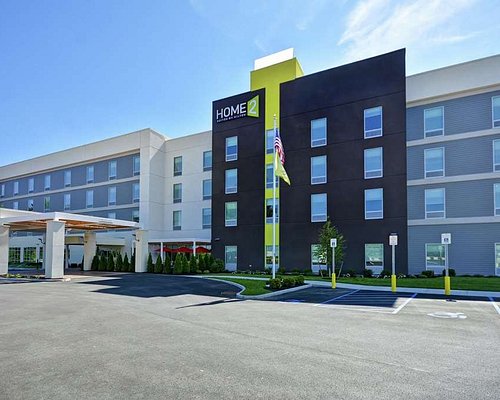 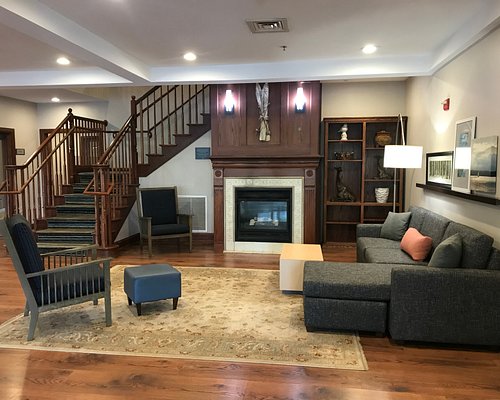 It was a family trip gateway. The best pool; it was big and spacious, and it was also very quiet. Our children loved the pool, the staff was extremely welcoming, and the beds were extremely comfortable. I will definitely stay at the hotel again in the future.

Fantastic! Thank you for staying with us and thank you for this very nice review on the TripAdvisor website. Comments such as this mean a great deal to us and I promise I will share this with our entire team. We look forward to your next visit with us.

Report response as inappropriateThank you. We appreciate your input.
This response is the subjective opinion of the management representative and not of TripAdvisor LLC
MartLint
2
Reviewed 3 April 2021
Ants on marihuana

We chose this hotel because it was cheap, had a breakfast and pool.
First we noticed that the popcorn ceiling had a terrible patch up job after an extensive leak.
The comforter on one of the beds had rip marks and the other one had cigarette burn marks even the room was non
On the second day of stay we discovered small ants which came to feed each time we had food.
Apparently all rooms were non smoking but over the weekend the long hallways stunk with Marijuana. How do you explain to a child that the general manager is unable to control it or more over he does not care what his clients are doing as long as he pockets the cash.
Everyday so called breakfast was the same yogurt, mini muffins coffee and mix juice.
I liked the pool even though there were no towels and both bathroom doors were worped unable to close and lock.
Pool had two rescue donuts which normally you can use to assist those who are drowning, but those two are in a total state of decomposition, falling apart, unable to be used.
Last, but not least, we were brushing teeth in the bathroom and a molding fell down from the top of the mirror, thankfully it did not hurt anyone. The piece was about 5 feet long and it was glued to the mirror with a toothpaste?
Go figure I am complaining about molding and I am expecting that ants should not be getting high on Marijuana? Please do not try to contact the general manager for help he is as useless as an udder on a bull.

Thank you for your feedback. I was expecting this. My apologies regarding the level of service you received not being up to the standards we strive to deliver. We are consistently working with our staff to improve and appreciate your feedback. Also, I want to say who read this review. There are often two sides to any story, but business is rarely given the opportunity to say its side. I'd just add that if they don't get what they want, some people try to defame/hurt others in any way possible.

Report response as inappropriateThank you. We appreciate your input.
This response is the subjective opinion of the management representative and not of TripAdvisor LLC
Angela C
Rutland, Vermont
163
Reviewed 14 November 2020
Decent room for good pricing

Room wasn’t bad for price. Does need to be cleaned way more than it was. My kids feet were black after being on floor for just a few minutes. I wiped down phone with Clorox wipe. Wipe was filthy! Beds were comfortable. Not very much noise. Good parking.

Review collected in partnership with this hotel
This business uses tools provided by Tripadvisor (or one of its official Review Collection Partners) to encourage and collect guest reviews, including this one.
Ask Angela C about Baymont Inn & Suites Queensbury / Lake George
Thank Angela C

We appreciate you taking the time to provide us with such candid feedback about your stay. I am glad to hear that overall, your experience was positive. I am disappointed to hear that our room service and the housekeeping staff didn't meet your expectations. This critical feedback will be used in training our staff. Thank you and look forward to seeing you soon.

Report response as inappropriateThank you. We appreciate your input.
This response is the subjective opinion of the management representative and not of TripAdvisor LLC
W9735JPtaras
41
Reviewed 6 October 2020
Upstate getaway from city life

Loved the comfy bed and the nice complimentary breakfast. Those pillows were awesome. Cozy stay a short distance from lake George. The hotel was clean and nice hot shower and the checking in process was easy. The staff was friendly. Thanks for a lovely peaceful place to rest.

Thanks for providing such great feedback. We are very pleased to hear that our dedicated team provided you a warm welcome! It is great to know that you enjoyed our clean rooms, firm beds, and nice pool. We value your opinion and we're glad we could make your stay with us a pleasant one. Please come back and see us again soon! Thank you.

Report response as inappropriateThank you. We appreciate your input.
This response is the subjective opinion of the management representative and not of TripAdvisor LLC
hintxofxaxspark
Hauppauge, New York
21
Reviewed 17 September 2020 via mobile
If I could give a zero I would...

This is the worst place ever. The hotel smells like smoke. We went to dinner and came back and there was a huge party. When I was going to complain so was another customer. She said she already asked them to quiet down and offered to move our room since it was 10 PM at night. We said yes even though it was an inconvenience. That party room was having people going in and while we moved with no masks, staff aren’t wearing masks and hotel guests. Neither of the managers were available and only dealt with very young front desk workers. Was promised a call from manager and never got one. Save your money do not go here ever!!!!!!!

Thank you for your review of your recent experience at our hotel. We are very sorry that you encountered an unacceptable level of service. We do our best to make sure all of our guests have a rewarding stay. We’ve addressed these issues with our staff and hope that next time you are in the area, you will visit us again and experience a higher level of customer service. Thank you again for your comments.