Hyatt Place Germantown
Lowest prices for your stay
Lock in the lowest price from these sites
US$86
US$71
View Deal
Agoda.comUS$71
PricelineUS$71
eDreamsUS$71
Hyatt.comUS$71
Expedia.comUS$71
ZenHotels.comUS$86
View all 17 deals
Prices are the average nightly price provided by our partners and may not include all taxes and fees. Taxes and fees that are shown are estimates only. Please see our partners for more details.
wilkinstierra
1

I always go to this hotel when I want to get away and I have NEVER experience anything bad. The staff is extremely helpful and friendly. The rooms are always in tip top shape. I appreciate them and everything that they do.

Review collected in partnership with Hyatt Hotels
This business uses tools provided by Tripadvisor (or one of its official Review Collection Partners) to encourage and collect guest reviews, including this one.
See all 699 reviews
Nearby Hotels 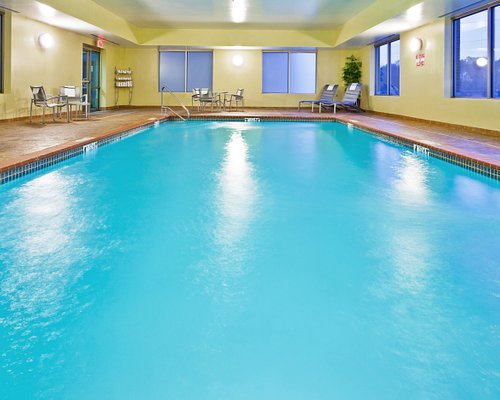 Hampton.com
View Deal
eDreams
ZenHotels.com
US$113
Priceline
US$119
View all 16 deals from US$113
308 reviews
7.6 km from Hyatt Place Germantown

Taking safety measures
We compared the lowest prices from 11 websites
Courtyard Memphis Germantown
US$86
Booking.com
View Deal
Priceline
US$86
Expedia.com
US$86
eDreams
US$86
View all 16 deals from US$86
154 reviews
8.6 km from Hyatt Place Germantown

Travelocity
View Deal
eDreams
Trip.com
US$75
Priceline
US$80
View all 16 deals from US$75
134 reviews
1.9 km from Hyatt Place Germantown

I am a regular traveler and stay at Hyatts often. This was by far the worst, it is a very run down hotel. Heat in my room didn't work and front desk wouldn't even fix it or move me to a different room.

Review collected in partnership with Hyatt Hotels
This business uses tools provided by Tripadvisor (or one of its official Review Collection Partners) to encourage and collect guest reviews, including this one.
Ask Samantha H about Hyatt Place Germantown
Thank Samantha H

This review is the subjective opinion of a TripAdvisor member and not of TripAdvisor LLC
marelise22
Clearwater, Florida
13358
Reviewed 3 weeks ago via mobile
Poor poor poor quality for a Hyatt !

So disappointed compares to a low level motel ! Upon check in there was no level of hospitality! I had to keep asking questions to the clerk Trevor . He needs training . He put me in a handicapped room which I did not mind but could not understand why he did so. I was told week before about a shuttle but then found out they are not running the shuttle now because of Covid it would have been nice to know I may have stayed elsewhere. I did not mind that the hotel is ten years old but I did mind dirty. The next day when I went to shower the mold in there was disgusting . I very kindly asked for help and was offered to move . I could not move because I had booked a tour and did not have the time to do so. All I wanted was for them to clean it. I told the very sweet ft desk clerk that I wouldn’t go in the shower until someone came to take care of it. No one came no one called! I called back and was told that there was not an interpreter there but they would get to it. I just showered and left and when I returned that night it was still the same. But when I went to get in my room I was locked out because my room was only keyed for one night instead of three. Trevor told me I could come back down and get a new I my room was very far from the elevator and I had packages etc never in my life even from the lowest place have I received such service. I told him that he would be bringing the key to me! He did and I let him know how disappointed my visit was! I have refrained from doing a review because I was once a part of the Hyatt family when I worked for Hyatt Regency Tampa back in the mid eighties, I felt I was being disloyal to my former family . But I knew this property was in no way up to Hyatt expectations! But I kept trying! Next day I decided to have a cup of tea and there was mold in the coffee pot . I took a picture and showed the front desk and was told to just get her a new one, never an apology! I was given scathing looks by the supervisor like it was my fault ! I was treated terribly! The next day I was checking out and called to have the manager come see my room , so they could be witness to the hairs dust and dirt on my window sill, the mold . Coffee pit etc. of course no one was available. I left my cell number when I left as I wanted my bill adjusted. They made what should have been a nice getaway a nightmare . There are numerous other attitudes with the staff but I’m tired of this . Annette called me while I was at airport and I told her my experience and she said I should have let them move me . Unreal!

This review is the subjective opinion of a TripAdvisor member and not of TripAdvisor LLC
Marsha M
Pulaski, United States
3
Reviewed 4 weeks ago
Rotation in Memphis

Good location, safe, nice hotel, but was bitten by something in the room.(ended up having to go to the doctor) Everyone was very friendly and inviting. Rooms were typical for Hyatt Place, large and nice. Smelled great when we entered the room. Lots of Covid precautions.

Review collected in partnership with Hyatt Hotels
This business uses tools provided by Tripadvisor (or one of its official Review Collection Partners) to encourage and collect guest reviews, including this one.
Ask Marsha M about Hyatt Place Germantown
Thank Marsha M

If you are traveling to the Memphis/Germantown, TN area this hotel is perfect. I cannot get into the details just because our families emergency visit is personal in nature. However, they were GREAT!!

Review collected in partnership with Hyatt Hotels
This business uses tools provided by Tripadvisor (or one of its official Review Collection Partners) to encourage and collect guest reviews, including this one.
Ask karlynmanuel about Hyatt Place Germantown
Thank karlynmanuel

I stay here all the time for work and it is always top notch. Clean rooms comfortable beds and very friendly and helpful staff. It is a convenient location for restaurants and stores near by. I would recommend this place to others.

Review collected in partnership with Hyatt Hotels
This business uses tools provided by Tripadvisor (or one of its official Review Collection Partners) to encourage and collect guest reviews, including this one.
Ask robemerson7 about Hyatt Place Germantown
Thank robemerson7