US$102
US$97
View deal
Free cancellation until 05/08/21
PricelineUS$102
BestWestern.comUS$102
Hotels.comUS$102
View all 17 deals
Prices are the average nightly price provided by our partners and may not include all taxes and fees. Taxes and fees that are shown are estimates only. Please see our partners for more details.
haydenfarmsone
Mineola, Texas
1

I highly recommend this hotel. It is very clean and comfortable. The staff are very friendly and attentive. My room was clean, shower had good pressure. I used the treadmill in fitness room which was in good working order.

Review collected in partnership with Best Western
This business uses tools provided by Tripadvisor (or one of its official Review Collection Partners) to encourage and collect guest reviews, including this one.
See all 201 reviews
Nearby Hotels 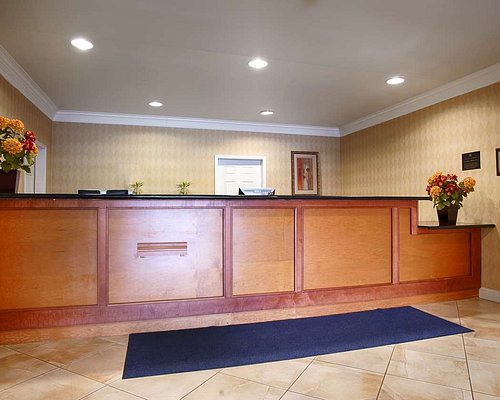 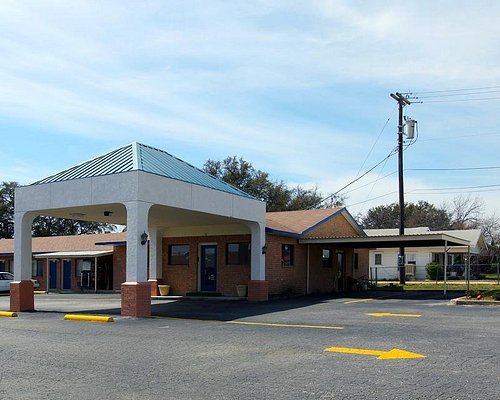 This is copied verbatim from Best Western's own review site. Well, breakfast sucks in this town. It's not just the motel; one cannot get a hot breakfast anywhere in this town in a timely manner. That mess downtown is hardly a cafe, and they are slow as grandma, and their food isn't good. We ended up buying that greasy mess from Sonic and disassembling it for the protein and discarding the rest. This inn needs to get breakfast back up very soon to save the whole community. They can't wait much longer on Matt Daddy.

I'm hoping you'll open up a full service cafe complete with cooked to order breakfast and real buttermilk biscuits. This grab-n-go thing has been generous, but it's just not getting the job done. You should open up that diner across the street from you and get rich selling food, too!

The awning is a shadow of what it once was, but I guess that's better than cracking in half and falling in on the driveway!!

Review collected in partnership with Best Western
This business uses tools provided by Tripadvisor (or one of its official Review Collection Partners) to encourage and collect guest reviews, including this one.
Ask Arnold_Ziffel about Best Western Comanche Inn
Thank Arnold_Ziffel

This review is the subjective opinion of a TripAdvisor member and not of TripAdvisor LLC
DonHalazon
Seattle
531153
Reviewed 1 May 2021
Great Beds!!

This is the second time we have stayed at this Best Western. We love the comfortable beds and the clean rooms! The staff behind the desk were not wearing masks but we felt safe with the plexiglass that they had installed! As of this writing there is a grab and go breakfast.

This review is the subjective opinion of a TripAdvisor member and not of TripAdvisor LLC
susanlayne2021
Fort Worth, Texas
1
Reviewed 19 February 2021
Clean Quiet and Comfortable

I always stay here when traveling through the area. The rooms are always warm in the winter, cool in the summer, quiet and clean. The beds are basic but comfortable and the staff is courteous and helpful.

Review collected in partnership with Best Western
This business uses tools provided by Tripadvisor (or one of its official Review Collection Partners) to encourage and collect guest reviews, including this one.
Ask susanlayne2021 about Best Western Comanche Inn
Thank susanlayne2021

This review is the subjective opinion of a TripAdvisor member and not of TripAdvisor LLC
ArnoldZ2021
North Richland Hills, Texas
1
Reviewed 18 January 2021
The building still wants to collapse on it's occupants.

I’ve stayed with this place several times over the past half year, and as I reported earlier the building just wants to collapse on the owners and guests. Whomever specified the materials picked out the lowest grades of everything available, and the building is just now old enough to show problems with that. Doors are crooked in their facings, and the vanities pulling away from the walls. This place is guaranteed to be a maintenance engineer’s nightmare for as long as it lives.

For the past couple of visits the portico outside was cracking in the middle because it was built wrong and leaked inside. By the time somebody noticed it the damage was severe requiring they tear the whole thing down and start over. On my last visit I find a contracting crew doing just that, and nothing left of the portico but the steel frame and a pile of rubble to be hauled away.

None of this fazed me very much, at least until I checked into room 107. I was riding with a travel partner who immediately wanted to clean up. He jumps in the shower and in only a couple minutes I hear a loud thud and banging in the bathroom. He never indicated he was in distress, so I just waited.

In a couple minutes he emerges from the bathroom with the shower head in his hand. This thing is HUGE similar to the size of a grapefruit. He told me the plumbing had ejected it and it came crashing down on his head. There were no injuries or concussions, but this just further supports my claim this building wants to collapse on it’s occupants.

The desk agent didn’t know what to do, so she starts calling people who told them to move us to another room. That fixed it, but it didn’t repair my confidence one bit, and I’m beginning to believe there are forces in that building we don’t know about causing strange occurrences like this on a regular basis. The ownership tore the portico down before it fell in on somebody. I have to wonder what’s going to fall off next. I don’t want to be there when a vanity pulls off the wall and cuts someone’s toes off.

It’s still the cleanest, newest thing in this little village, and they are acceptable. They are trying to work around Covid-19 with frozen sausage biscuits and coffee in the morning. While I appreciate their efforts, that’s no replacement for a real breakfast as everyone served before Covid-19. And, there aren’t a whole lot of choices in this little village for hot breakfast anywhere.

I can only hope the ownership goes after the original contractor because they should not have to replace a whole portico no older than this building is. It was leaking the day they gave it to the customer and they should be held liable to fix it right.

This motel is extremely clean and well managed. The staff go out of their way to make your stay a pleasant one. Rooms are very clean. All appliances and lighting works. I recommend this motel to everyone who comes to Comanche Texas.

Review collected in partnership with Best Western
This business uses tools provided by Tripadvisor (or one of its official Review Collection Partners) to encourage and collect guest reviews, including this one.
Ask jrhine2020 about Best Western Comanche Inn
Thank jrhine2020