This place has cockroaches and filthy... - Wyndham Garden Norfolk Downtown

US$116
US$99
View deal
Booking.comUS$99
TripadvisorUS$99
Priceline
Expedia.comUS$99
Hotels.comUS$99
HurbUS$116
View all 21 deals
Prices are the average nightly price provided by our partners and may not include all taxes and fees. Taxes and fees that are shown are estimates only. Please see our partners for more details.
nv1jessica
Luray, Virginia
1

This place has cockroaches and filthy bathrooms.

We stayed for one night attending a comedy event next door to the hotel. Almost immediately after entering the room we noticed some live cockroaches. The bathroom didn’t look to have been cleaned from the previous tenants.

Review collected in partnership with this hotel
This business uses tools provided by Tripadvisor (or one of its official Review Collection Partners) to encourage and collect guest reviews, including this one.
See all 776 reviews
Nearby Hotels 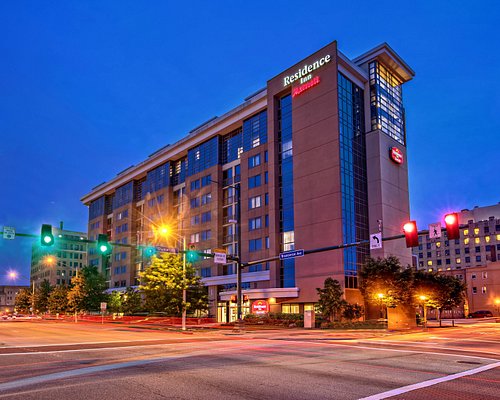 Taking safety measures
We compared the lowest prices from 19 websites
Breakfast included
Home2 Suites by Hilton Norfolk Airport
US$136
US$99
Tripadvisor
View deal
Pay up to 12X
Hotels.com
Booking.com
US$99
ZenHotels.com
US$136
View all 17 deals from US$99
39 reviews
7.0 km from Wyndham Garden Norfolk Downtown

Taking safety measures
We compared the lowest prices from 17 websites
Breakfast included
Tru by Hilton Norfolk Airport
US$103
US$89
Tripadvisor
View deal
Pay up to 12X
Hotels.com
Booking.com
US$89
Destinia.com
US$103
View all 16 deals from US$89
36 reviews
8.5 km from Wyndham Garden Norfolk Downtown

our room on the 11th floor 1101 had a broken shower and roaches. we took videos and complained to the front desk staff who said they couldnt do anything because we booked through 3rd party! I wouldnt recommend this hotel to your pets!

Review collected in partnership with this hotel
This business uses tools provided by Tripadvisor (or one of its official Review Collection Partners) to encourage and collect guest reviews, including this one.
Ask Connector40892420739 about Wyndham Garden Norfolk Downtown
Thank Connector40892420739

This review is the subjective opinion of a Tripadvisor member and not of TripAdvisor LLC.
andbluesky
Kimberling City, Missouri
3
Reviewed 27 June 2021
No Sleep

We booked this hotel as a last-minute deal after driving for two full days and desperately ready for a good night of rest. The location is convenient and the public areas look nice, but unfortunately we definitely did NOT get any rest.

Shortly after checking in I set off to get some ice (the machine on our floor was not working and there was a sign directing us to use the one on a different floor. Slightly inconvenient but no big deal.) When I got back to the room my sister said that while I was gone, the pipes in the bathroom had started making a loud knocking noise, so she had called to ask maintenance to check it out. We had planned to just get to the room, shower 1200 miles worth of road trip away, and fall asleep fast.

Instead we waited 30 minutes for maintenance to arrive. He informed us that someone had been working on a pipe and the noise shouldn't happen again, but that he'd see if there was another room we could move to just in case. Not wanting to unpack or shower or anything until we knew if we'd be moving rooms, we just sat around waiting. That wait lasted 45 minutes, with the pipe continuing its unbelievably loud rattle about every 10-15 minutes. At that point, too tired to even think, we called the front desk to see what was up. She said they were sold out and didn't have another room to move us to. If someone could have just told us there was no other room available when it first came up, we could have made other hotel plans for the night, but at this point it was around 11 pm and we were way too exhausted to consider moving, so we closed the bathroom door, put a towel along the bottom to try to muffle the noise, and tried to sleep. The pipe continued the knocking noise every 15-ish minutes all. night. long. Around 3 a.m. I seriously considered going out to the car to sleep - even in the middle of a not-great downtown neighborhood, it would have been more peaceful. I was in tears when the alarm went off the next morning, knowing I had a long day ahead on almost zero sleep.

If you eliminate our Room from Hell, the hotel overall was fine, although definitely a bit dated. The parking situation was weird, there's no breakfast offered, the pool is still closed, the fridge in our room was quite loud. But the security guard patrolling the hallways was nice, the beds were fairly comfortable, and the lobby looked nice. Decent, but not worth what we paid even if you ignore the problems we had.

I've been a travel writer for over 10 years, during which I've stayed in everything from unbelievably luxurious suites to the cheapest roadside motels, and this was without question the worst hotel night I've ever had.

This review is the subjective opinion of a Tripadvisor member and not of TripAdvisor LLC.
Quentin M
2
Reviewed 26 June 2021
Disappointed

Elevator was broken, I was on the twelfth floor. I had to use the stair three times before they started letting us use the service elevator. The carpet in my room had food crumbs, the shower/tub was making a clanging sound all night, the furniture has stains, the tv remote didn’t work and the toilet is made for a child.

Review collected in partnership with this hotel
This business uses tools provided by Tripadvisor (or one of its official Review Collection Partners) to encourage and collect guest reviews, including this one.
Ask Quentin M about Wyndham Garden Norfolk Downtown
Thank Quentin M

This review is the subjective opinion of a Tripadvisor member and not of TripAdvisor LLC.
guthriebills
1
Reviewed 25 June 2021
Pleasantly surprised

My room was clean and quiet. The view was beautiful and the facility seemed safe and secure. I will definitely stay here again...the parking is only $10 a day! My stay does not validate any of the criticisms I have read.

Review collected in partnership with this hotel
This business uses tools provided by Tripadvisor (or one of its official Review Collection Partners) to encourage and collect guest reviews, including this one.
Ask guthriebills about Wyndham Garden Norfolk Downtown
Thank guthriebills

This review is the subjective opinion of a Tripadvisor member and not of TripAdvisor LLC.
O667DCcourtneya
11
Reviewed 23 May 2021
Disgusting room / Customer Service Horrible

My family and I came to visit VA beach for the weekend and booked the hotel earlier this morning. I called around 6pm to confirm checking in later tonight wouldn’t be an issue, we arrived at 10:30pm to find that they couldn’t find a reservation in the system. My husband explained to the “Manager” Xiomara that he has the confirmation email and immediately she’s rude telling us well we aren’t in the system. After she thoroughly looks she then finds that our reservation has been cancelled , not by us. His card had been charged and the hotel never called us to notify us as she said they were suppose to. She proceeds talking with the other associate about some room and my baby is crying, because he’s tired - clearly she found the mistake and should be fixing it but has barely acknowledged us. I told her that we need a double, she never addresses that. My husband told her that my baby was tired and needed to get his medicine, so we just really need a room, she proceeds to get smart with him “well your reservation was cancelled so I’m trying to fix it” that’s when we finally had enough and had words with her. I told her clearly she’s the manager and asked who’s her manager or over her - she refused to give me a name and kept saying she’s the manager. Please understand that by staying here Xiomara the “Manager” has zero training in proper customer service, lacks good communication skills, and beware of her unnecessary attitude. She maintains a constant attitude and makes the errors of the hotel the customer’s issue. Xiomara has no right to be in a managerial or even customer service position based off of our experience tonight.

Also, the rooms aren’t nearly as great as the picture. The carpets, I wouldn’t walk on with socks and the refrigerator in our room was disgusting.

This review is the subjective opinion of a Tripadvisor member and not of TripAdvisor LLC.
View more reviews
PreviousNext
1234…