Residences at Biltmore
4 people are viewing this hotel
US$149
View deal
Free cancellation until 23/04/21
Reserve now, pay at stay

US$149
View deal
Free cancellation until 23/04/21
Reserve now, pay at stay
eDreamsUS$149
PricelineUS$149
TravelocityUS$149
View all 13 deals
Prices are the average nightly price provided by our partners and may not include all taxes and fees. Taxes and fees that are shown are estimates only. Please see our partners for more details.
The_Charlotteans
Charlotte, North Carolina
63

Review of Residences at Biltmore
Reviewed 5 July 2019 via mobile

Room was clean and what we expected for a RI

This is our new home base for Asheville visitsMore

We're so pleased to have earned your go-to stay when you visit. It's great to see you were satisfied with every part of your reservation. We hope to see you back soon, and look forward to many more great visits.

Report response as inappropriateThank you. We appreciate your input.
This response is the subjective opinion of the management representative and not of TripAdvisor LLC
See all 1,507 reviews
Nearby Hotels 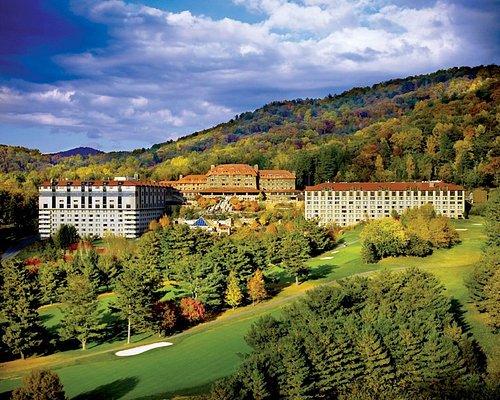 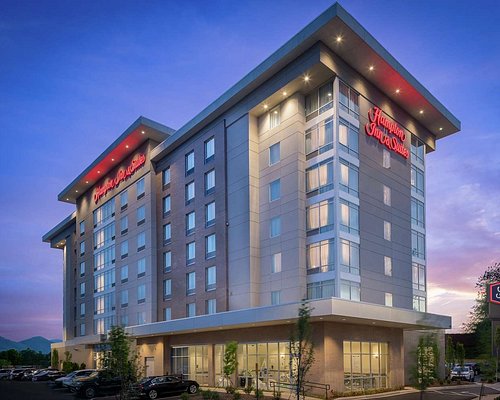 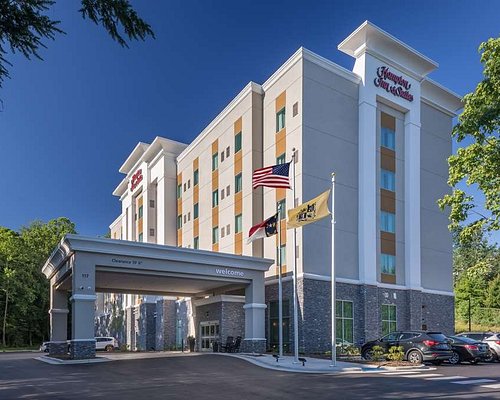 Taking safety measures
We compared the lowest prices from 11 websites
Aloft Asheville Downtown
US$159
Booking.com
View deal
Expedia.com
US$159
Aloft.com
US$159
Hotels.com
US$159
View all 18 deals from US$159
1,185 reviews
2.4 km from Residences at Biltmore

We stayed only one night at this condo style hotel. It was so lovely. The rooms were spotless, we had a 2 bedroom, 2 bathroom with a full kitchen and living room. 3 TV's (always a plus when traveling with kids) and it was such a great price!! So worth every penny. They have a classy pool area, and the staff was pleasant to deal with , too. The towels at the pool were big and fluffy.

We're so grateful to hear you enjoyed your visit. It sounds like you were able to enjoy all the amenities we have to offer. We appreciate you letting us show you our best, and hope you'll stay with us again soon.

Report response as inappropriateThank you. We appreciate your input.
This response is the subjective opinion of the management representative and not of TripAdvisor LLC
baconbit10
Estero, Florida
7184
Reviewed 2 July 2019 via mobile
Noisy

Beautiful building in a beautiful area. Easy friendly checkin. These are individually owned condos run by a management company. We stayed in a studio which was updated and clean. Aside from that we didn’t get much rest. The bed was small and uncomfortable. The walls are very thin and we could hear everything going on outside and above us. The AC unit woke us every time it kicked on. Parking fills up fast and limited. Price was not bad bad but after a long day it would have been nice to rest as well.

We really appreciate you staying with us. We regret you feel we weren’t more accommodating to giving you a good night’s sleep. If there was any unnecessary noise going on we could’ve addressed, we would’ve happily done so. We hope you’ll stay with us again the next time you’re in town. We’d love to show you we’re the perfect spot for a relaxing stay.

Report response as inappropriateThank you. We appreciate your input.
This response is the subjective opinion of the management representative and not of TripAdvisor LLC
ImaPickyTraveller
Memphis
13773
Reviewed 27 June 2019
Great location for condo, good value

Nice set of well-maintained condos, located a short distance from the Biltmore Village shopping area (about a 10 minute walk to the Village. But please note the Village is NOT the same as the Biltmore and not on the Biltmore property). The condos are roomy, and there's a pool and hot tub. Cost is less than what you would pay for a smaller suite at any of the "residence" style hotels, and way less than what you'll pay to stay on the Biltmore property or at the Grove Park Inn. Daily towel service and trash service, but NOT full housekeeping unless you pay extra.All condos also have a gas fireplace and small washers and dryers, which is helpful is you're staying for a week or more. The only negative: for some reason, the ceilings seem pretty flimsy....if there are people in the condo above you, you will hear them walking around. For that reason, I suggest you try to get on the top floor.

We appreciate you giving us the opportunity to host you during your visit. Thanks so much for the feedback on all our amenities, our convenient location, and great value. Glad to see we hit your marks for a good stay. We hope you'll stay with us again next time you're visiting.

Report response as inappropriateThank you. We appreciate your input.
This response is the subjective opinion of the management representative and not of TripAdvisor LLC
CRHENA
Chapel Hill, North Carolina
4014
Reviewed 21 June 2019
Disappointing visit

My husband and I recently stayed for the first time at this property in unit 113. The two-bedroom condo was spacious and very comfortable. It was ground floor, but the parking area was two floors above. The bedrooms each have a door to the outside, but there are only tall weeds outside the doors. There was a small balcony/patio off the living area, nice bathrooms, tub, washer/dryer, and clean, regular sized fridge. The location is very good for us, visiting family who live in the area, and close to downtown, restaurants, and shopping. It is necessary to have a car. The overall management was deplorable. We asked upon booking for a feather-free unit, since I am allergic. We found several feather pillows in the master bedroom, and a few in the second bedroom. That is all it takes for me to have a bad reaction, which I did. We complained, but did not get any replacements or apology. I had to use the few pillows which were not feather, but the damage had been done. There was a water line break on June 17, which produced brown, contaminated water in our unit. When I called to inquire about the cause, I was told about the break.The person who answered the phone remarked that he would "probably not drink it, if I were you." It should have been brought to our attention immediately, as there was a boil water advisory, and that is certainly yet another matter of health and safety. There was no further communication regarding the status of the water for the rest of the day, so I called again in late afternoon to inquire. I was told casually that the BWA had been lifted. As for the condition of the property in general, it was not clean. The stairwells, stairs, and elevator ( including the walls) were full of trash, dead leaves, spider webs, and very obviously dirty. The floor in the kitchen of our unit upon arrival was so filthy, I cleaned it numerous times over, and the towels still remained soiled. The refrigerator was fine. The cushions on the dining room chairs were very badly stained, as was the single potholder in the kitchen. The safe did not work, there were several items missing from the kitchen which were listed on the inventory, and the kitchen had a large piece of molding on the bottom cabinet missing. There was no soap upon arrival at all. We had to go to the desk to ask for some.We had an ongoing problem with the maids' lack of service. We removed the Do Not Disturb sign for many hours each day, and even asked maids in person to please service our room, meaning remove the trash and used towels (all that is offered without an additional fee), and replace with clean ones. We called the desk. We asked over and over. We were ignored, and even one day, refused by a maid. The only time we received clean towels was when we walked up to a maid, asked her to please exchange the used towels in our hands, and give us clean ones. One day, after numerous calls to the desk, the trash and towels were removed around dinner time.
The soundproofing was very inadequate, as well. Between the road noise, sirens, maids, and guests above us and outside the door, the noise was terrible.
Our son lives in Asheville, and we visit often. We have tried many hotels, and were hoping that this would be the best yet. We will continue to search for something much better.

We're concerned to see how dissatisfied you were with your level of service. We insist excellence and attention to detail in everyone we bring onto our team, so the fact it seems to be so glaringly absent from your experience is something we'll be following up on. We sincerely hope you'll give us another opportunity. We'd love to show you we can be your home away from home when you come visit your son.

Report response as inappropriateThank you. We appreciate your input.
This response is the subjective opinion of the management representative and not of TripAdvisor LLC
LiviaErschen
Eureka, Missouri
11
Reviewed 17 June 2019
Ample space for fam of 5

Really nicely done 2 bdrm condo. Spacious and clean. 2 full baths, one with walk- in shower and separate tub. Washer/dryer in condo was unexpected perk. Full kitchen with nice appliances. Balcony was lovely. Pool was large and hot tub well maintained but grounds were hilly, so may not suit everyone. Off a busy road, so ok for some walkers/adventurers as not far from local attractions but not so much for small kids.

We appreciate you staying with us. We're glad to hear you enjoyed all our amenities and the comfort level of our rooms. We hope you'll be back soon for another visit.

Report response as inappropriateThank you. We appreciate your input.
This response is the subjective opinion of the management representative and not of TripAdvisor LLC
View more reviews
PreviousNext
1…181920…252