US$82
US$53
View deal
Expedia.comUS$53
Booking.comUS$53
Agoda.comUS$53
PricelineUS$53
Hotels.comUS$53
StayForLongUS$82
View all 16 deals
Prices are the average nightly price provided by our partners and may not include all taxes and fees. Taxes and fees that are shown are estimates only. Please see our partners for more details.
Bigbootytonya
Greensboro, North Carolina
1

Worst hotel stay in the world

Hotel management was so ryde and very unprofessional.the called thier customers namesand kicked me out for no reason it was nasty dirty and i was told i was trash i was made to fekt so low thst i wanted to liteerally wanted to kill myself

Review collected in partnership with this hotel
This business uses tools provided by Tripadvisor (or one of its official Review Collection Partners) to encourage and collect guest reviews, including this one.
See all 137 reviews
Nearby Hotels 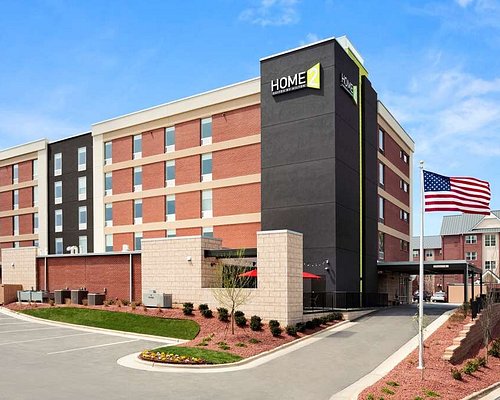 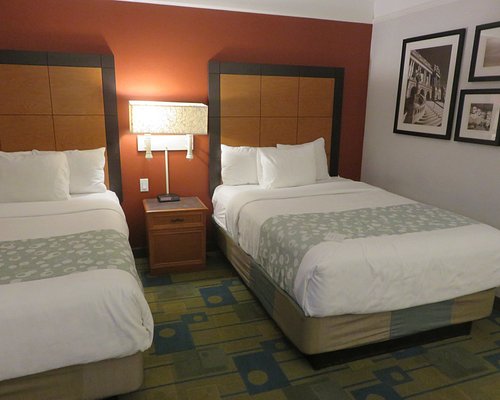 Breakfast included
La Quinta Inn & Suites by Wyndham Greensboro NC
US$67
Booking.com
View deal
Wyndham
US$67
ZenHotels.com
US$61
Lol.travel
US$77
View all 17 deals from US$61
710 reviews
5.2 km from Super 8 by Wyndham Greensboro/Coliseum/Conv
We compared the lowest prices from 17 websites 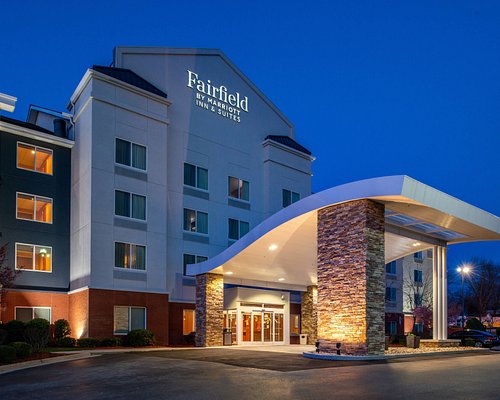 Taking safety measures
Sheraton Greensboro at Four Seasons
US$151
Booking.com
View deal
Sheraton.com
US$151
Priceline
US$151
Hotels.com
US$151
View all 17 deals from US$151
485 reviews
0.6 km from Super 8 by Wyndham Greensboro/Coliseum/Conv

Taking safety measures
We compared the lowest prices from 14 websites
Breakfast included
Best Western Plus Greensboro/Coliseum Area
US$159
US$79
Booking.com
View deal
Agoda.com
US$79
BestWestern.com
US$79
Trip.com
US$159
View all 20 deals from US$79
440 reviews
0.9 km from Super 8 by Wyndham Greensboro/Coliseum/Conv

Clerk was friendly at check-in. Lobby and hallway smelled very strongly of marijuana. Bullet holes in front office window and inside office in clerks window. Outside door to hallway did not lock. Ceiling leak in hallway over handicap ramp with huge puddle on floor. Supposed to have a mini-frig, but did not. Had medication that needed refrigerated, so went to get ice, but icemaker didn't work. Went to office and complained, but no offer of a solution. We had to go drive around to get ice. Bathroom sink faucet sprayed all over and the tub did not drain. Had to stand in ankle deep water to shower. Only 1 towel provided for 2 people. 2 Pillows provided were flat and hard as rocks. Spring broken in mattress and every time my husband rolled over there was a loud popping noise that woke us. Opened curtain this morning and it flew off the end of the rod because there was no end stop on the rod. We travel through Greensboro 2-3 times a month but will never stay here again.

I chose this hotel because of its proximity to interstate 40 but I was sorely disappointed. I had made a reservation 4 weeks in advance but when I arrives at 10 PM I was told that the room I had reserved (a non-smoking double) had been given to someone else. I was told that rooms were allotted on a first-come-first-served basis. I pointed out I had made a reservation weeks in advance. I was told some people do not honor their reservations. I pointed out that even if I did not show up, I would have been charged for the room. They agreed but offered me a smoking double. I said I did not need a double. That was all that was offered. When I accepted that the room key would not work. So, they offered another room. The room key did not work for that room either so the manager on duty had to open the door with the master key. When I asked how I was to get back in if I left, I was told someone at the desk would let me in. This room was a non-smoking single, but it must have been under renovation because there was no threshold and the dresser was broken. However, the room was clean.
Breakfast was posted for 6 AM. I walked through the lobby at about 6:15 but did not see any food. I came back at 6:45 and the only food was a few sliced of bread and dry cereal. Looking around I realize that this hotel is used as a long-term residence for some of its guests. I have encountered this before. They come down first thing and take all the food and normal travelers have to do with what is left.

Review collected in partnership with this hotel
This business uses tools provided by Tripadvisor (or one of its official Review Collection Partners) to encourage and collect guest reviews, including this one.
Ask Swimmer055 about Super 8 by Wyndham Greensboro/Coliseum/Conv
1  Thank Swimmer055

This review is the subjective opinion of a TripAdvisor member and not of TripAdvisor LLC
bradley9767
Vale, North Carolina
1
Reviewed 25 October 2019
Disgusting placer to stay!

This was the worst Hotel I have ever stayed in. The comforter on the bed had cigarette burns. The bath tub had "duct tape" covering a hole that was in it...I have pictures of that! The smell was horrible. We were in town for a concert and tried to find somewhere else to stay due to the horrible conditions of this room. The parking lot has abandoned cars and furniture everywhere. The pictures you advertise are very deceiving. $169 for a dump. Do not stay here!

Review collected in partnership with this hotel
This business uses tools provided by Tripadvisor (or one of its official Review Collection Partners) to encourage and collect guest reviews, including this one.
Ask bradley9767 about Super 8 by Wyndham Greensboro/Coliseum/Conv
Thank bradley9767

This review is the subjective opinion of a TripAdvisor member and not of TripAdvisor LLC
Michael P
Thurmond, North Carolina
1
Reviewed 21 October 2019
Worst Hotel Ever

Don’t believe the pictures!! If they have rooms that look like them it was not the room we got. It was dirty and the door looked like someone had tried to break in. Stayed ten minutes and asked for a refund. We were told that we would be refunded our $152!!! It took 4 phone calls and almost 3 weeks to get the refund.
BEWARE!!!!!!
Also, first time to see a “Little Tree” air freshener in the bathroom!!

This review is the subjective opinion of a TripAdvisor member and not of TripAdvisor LLC
KHTraveler2287
3
Reviewed 20 October 2019
Worst Hotel in America!

DO NOT STAY HERE! When entering hotel, it smells like an ashtray. It says non-smoking but they provide ashtrays in the rooms. There are burn marks/holes in comforters and sheets do not look clean. Carpet does not look like it has been cleaned on months and furniture is broken. Also booked a King room and was given two double beds. Light bulbs were out as well. Upon entering the bathroom, previous guests used towels were still in the bathroom. Also tub was constantly dripping. And that's not the worst thing we saw. My brother-in-law actually had animal fecies in the corner of his room. I do not typically post reviews, but this was the worst hotel I have ever seen/stayed in and i felt the need to warn others.