US$39
US$22
View Deal
SAVE US$17
Hotels.comUS$39
Booking.comUS$33
TravelocityUS$39
View all 12 deals
Prices are the average nightly price provided by our partners and may not include all taxes and fees. Taxes and fees that are shown are estimates only. Please see our partners for more details.
leecK9330OU
Kuala Lumpur, Malaysia
2294544

The hotel is located nearby town area, 1-2 km away. Facilities are well kept & functioning. Room is clean but a bit dated. Most of the staff are trainee. Breakfast is included & good selection of local cuisines. Value for money 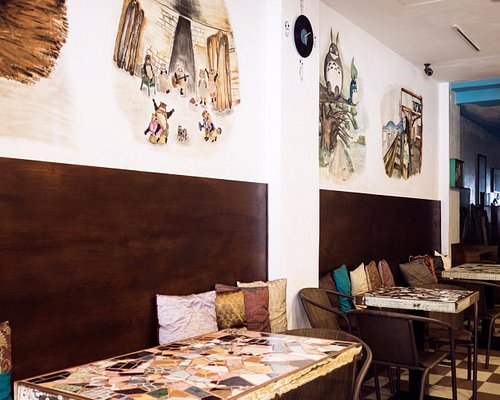 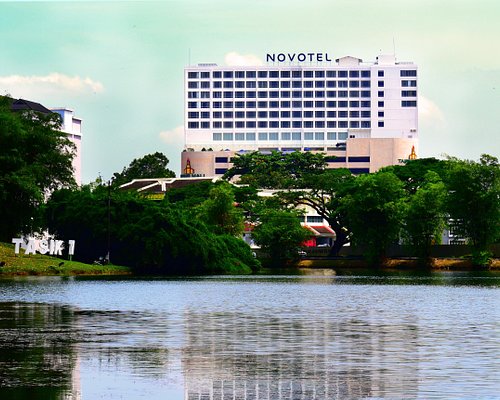 Snaptravel
View Deal
Expedia.com
US$35
Trip.com
US$32
StayForLong
US$43
View all 15 deals from US$32
300 reviews
1.4 km from Hotel Seri Malaysia Taiping 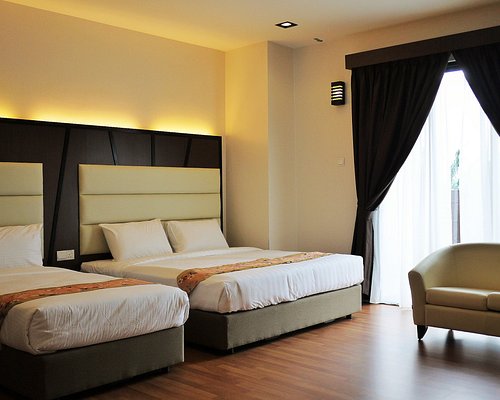 eDreams
View Deal
Travelocity
ZenHotels.com
US$30
Expedia.com
US$31
View all 13 deals from US$30
359 reviews
1.5 km from Hotel Seri Malaysia Taiping
We compared the lowest prices from 13 websites
Hotel Taiping Perdana

Travelocity
View Deal
Orbitz.com
Trip.com
US$24
Expedia.com
US$31
View all 12 deals from US$24
84 reviews
2.2 km from Hotel Seri Malaysia Taiping
We compared the lowest prices from 12 websites
Sentosa Villa Resort

Snaptravel
View Deal
Booking.com
US$66
Agoda.com
US$48
Expedia.com
View all 13 deals from US$48
100 reviews
1.4 km from Hotel Seri Malaysia Taiping
We compared the lowest prices from 13 websites
Sponsored
Hotel Grand Baron
US$29

Expedia.com
View Deal
Hotels.com
US$26
Agoda.com
US$18
Booking.com
US$29
View all 11 deals from US$18
90 reviews
1.5 km from Hotel Seri Malaysia Taiping
We compared the lowest prices from 11 websites
Beverly Hotel

eDreams
View Deal
Travelocity
Trip.com
US$25
Expedia.com
US$29
View all 12 deals from US$25
91 reviews
2.2 km from Hotel Seri Malaysia Taiping
We compared the lowest prices from 12 websites
Hermitage Boutique House

1) Receptionist is rude. Even u mentioned that u have booked (paid) and show the booking ID, she keep on insist said hotel is fully booked and dont want to even check the system!
2) Toilet dirty and smelly. U have to close the door to avoid the smell.
3) Swimming pool also dirty seem didnt have any maintenance.
4) When u ask to clean the room until 6pm they didnt come!
5) Only the location is good because near to Taman Tasik and Zoo.
6) Breakfast is provided but they didnt check if need topup or not! Food empty!
7) The stairs case are dirty and smelly too.

This review is the subjective opinion of a TripAdvisor member and not of TripAdvisor LLC
jfsl
London, United Kingdom
107
Reviewed 31 July 2019 via mobile
Overnight stay

Will not return. Good location but hotel is very tired and staff are in need of some training. Not far from here to the central sights.
Budget accommodation but still very disappointed.
Senior staff dealt with a complaint reasonably efficiently with acceptable outcome. Thank you.

This review is the subjective opinion of a TripAdvisor member and not of TripAdvisor LLC
jt6988
Kuala Lumpur, Malaysia
3
Reviewed 25 June 2019
Taiping Short Stay

Basic accommodations. Decent room size, larger than most. Furnishing dated, due for upgrade. Direct hot water heater /shower, shower area tiled but no curtain/door, thus bathroom tend to be wet. Coffee, tea and bottled water provided. TV with some Astro channels. Wifi was ok, probably only because the router was just outside the room. Breakfast provided was basic; nasi lemak, fried noodles, baked beans, bread and some kueh. Location just beside the Lake Gardens, outside of the town centre, so less traffic noise during the night. Was given a room near the swimming pool, so was woken up quite early due to the noise from the children having a morning pool play.(probably again because of school holidays) Overall, value for the room size, got a reasonable night rest.

Room tip: Probably rooms facing the lake gardens are better, rather than the ones near the swimming pool or facing the main road.
Ask jt6988 about Hotel Seri Malaysia Taiping
Thank jt6988

Did not stay, just went for their ramadhan buffet. Biggest mistake. The buffet spread was lacking choices and the choices were lacking punch. It was so horrible we stopped a few friends from coming in and switched locations. They just gotta shut their restaurant down and revamp. Do the public a favor and stick to the rooms, which i heard were not doing so well either.

This review is the subjective opinion of a TripAdvisor member and not of TripAdvisor LLC
Eurasiatraveller2014
Cardiff, United Kingdom
12177
Reviewed 27 December 2017 via mobile
Extremely noisy room due to connecting door between my room and next door

Of all the hotels which are outside the town centre, this is the closest one which is still rather far to reach on foot. A vehicle is recommended. Another great thing about this hotel is that it has its own proper car park as parking near some of the town centre hotels is not easy. It is also fairly close to the Lake Gardens which you must pass on the way to it.

I stayed in what was supposed to be a superior twin room priced RM115 + RM10 through Agoda. As a walk-in customer, they were going to charge me RM170 + RM10. Howrver, the receptionist was very keen to change a my room to a double bed one to which I agreed believing she was doing me a favour, I but this turned out to be a major mistake. The room was connected to the neighbouring room via a locked door, meaning I could here next door as though they were in my room. They kept the TV on at maximum volume accompanied by shouting and screaming until 2am and it started off again at 6am. On top of this, there was also noise from the swimming pool area outside my room. My stay here was an absolute nightmare and caused deliberately by the receptionist who deliberately gave me this room, even though I had not booked it.

The room price did include breakfast for 2 people which only slightly compensates for the sleepless night.

From the car park, you get the impression that this hotel looks very chic and this continues when you enter the lobby area. The rooms, themselves, are, however, very worn-looking, even though they are located around a swimming pool. My room was particularly close to the pool – too close for comfort in fact, as drawing the window curtains made me feel like something of a peeping Tom as the pool was only a few metres away from the window.

The room was painted yellow and was relatively big with a comfortable bed. In terms of furniture, it came with 2 bedside tables on one of which was placed a telephone. It also has a desktop with a chair where there was a tray containing a kettle, 2 drinking glasses, 2 cups and saucers and sachets of tea and coffee as well as 2 small drinking water bottles and several electric sockets. Above the desktop, there was a TV with Astro showing a small number of channels and a wall-mounted mirror. The room also came with a circular table and 2 chairs, a large piece of furniture for placing luggage and a wardrobe in which there was an iron and an ironing board, 2 spare pillows, some clothes hangers and a book interpreting the Quran.However, all furniture looks most old fashioned and worn.

The bathroom was of an adequate size, but looked very dated. Both walls and floors were tiled. It contained an old-fashioned shower area reminiscent of camping showers from decades ago and a wash basin which also looked well passed its expiry date. Soap, shampoo, shower cap and toilet paper were provided plus a couple of good towels. The shower temperature and pressure were good.

Breakfast is served from 7am and consists of rice, noodles, sausages, baked beans, sliced fruit, salad, toast and tea/coffee. This is sufficient, but not that impressive a choice.

My original intention was to stay 2 nights in Taiping, but, given how noisy my room was and how I didn't sleep a wink all night, I quickly gave up on that idea. I even felt like checking out in the middle of the night. This hotel must be one of the worst I have ever stayed in. After all, the whole purpose of a hotel is for sleeping. If you can't do so due to noise, the hotel has failed in its purpose.